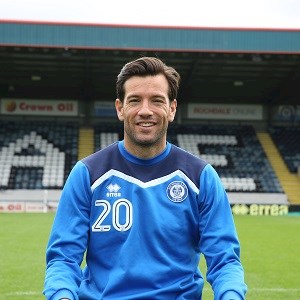 Brian Barry-Murphy is a first team coach at the Crown Oil Arena, as well as retaining his registration as the club’s senior outfield player.

The 38-year-old became Keith Hill’s first recruit in the summer of 2010 when he moved from Bury. The Irishman had been with The Shakers since August 2004 following his release by Sheffield Wednesday.

‘BBM’ started his career at Preston in 1999, but began to establish himself in league football with loan spells at Southend and Hartlepool.