It’s back to the bread and butter of League One action this Wednesday, as Dale take on MK Dons at the Crown Oil Arena.

The support shown by fans against Spurs was absolutely fantastic, and it would be great to see you getting behind the lads again on Wednesday.

Steven Davies’ stoppage time equaliser earned Dale a well-deserved replay and a date at Wembley, and another crack at advancing to the quarter-final of the Emirates FA Cup.

The Dons have lost their last six in all competitions, losing 2-1 to playoff contenders Charlton Athletic at the weekend.

Keith Hill has said there are no stresses ahead of the game. Click HERE to read the Gaffer's pre-match thoughts, or watch the full interview on iFollow HERE.

Normal league prices apply for the fixture, which can be found HERE.

Supporters wishing to sit in the Main Stand must purchase a ticket from the RAFC Ticket Office beforehand. All other areas can be accessed by paying cash through the turnstiles.

The Ratcliffe Bars, situated on the Crown Oil Arena car park, are open to both home and away supporters from 5pm.

They will be showing a rerun of Sunday’s Emirates FA Cup tie against Spurs, which starts at 5.15pm.

Dale’s last victory over MK Dons at the Crown Oil Arena came all the way back in 2007, when two goals in stoppage time sealed a dramatic 3-2 win.

Keith Keane is the cover star on Wednesday night’s matchday programme – The Voice Of Spotland.

He speaks about the frustrations of being out injured, whilst there is a pull-out poster of the defender inside.

TVOS will be on sale in the Club Shop and around the ground on matchday, priced at £3.

Fans in the UK can listen to match audio commentary on iFollow, whilst overseas supporters can WATCH the match LIVE. The programme will start at 7.40pm. 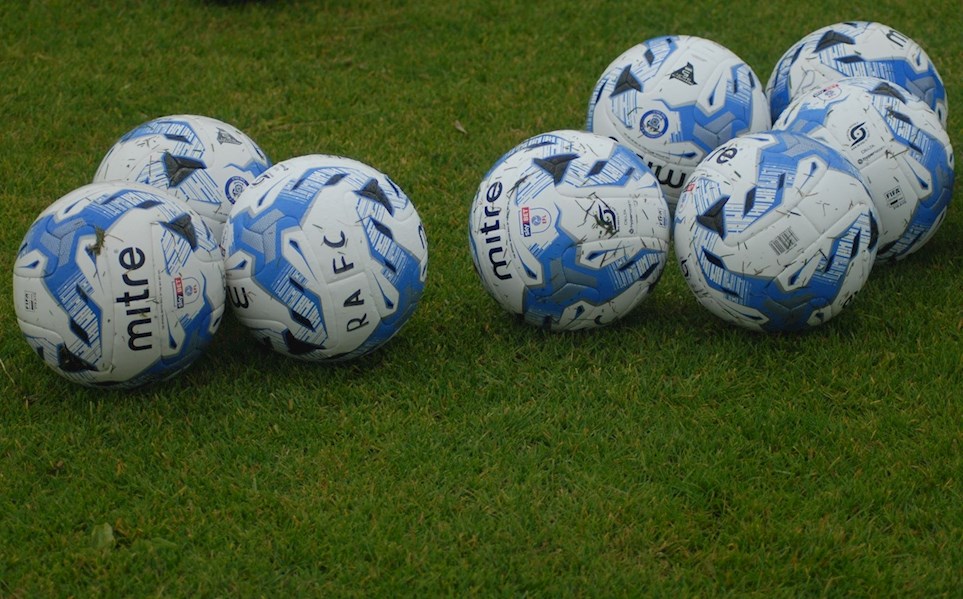 
Rochdale's game against MK Dons, originally on Tuesday 20th February, has been rearranged.

Rochdale struck the woodwork twice in the first-half, as they were held to a goalless draw by MK Dons at the Crown Oil Arena.

Scott Wooton turned Matty Done’s cross onto the face of his own crossbar inside the first ten minutes, before Andy Cannon’s fizzing effort came back off the underside of the bar.

Dale had chances, but couldn’t find any clear cut openings in a second-half which neither side dominated.

Mark Kitching and Kieran Agard both exchanged efforts wide from distance, before the MK Dons crossbar was rattled for the first time in the ninth minute.

Matty Done found space on the left and put in a dangerous cross the near post, where Scott Wooton turned the ball onto the face of his bar.

Dale’s best chance fell Andy Cannon’s way four minutes later, when he was picked out by Callum Camps’ clever through ball. He turned onto his left foot, before rattling an effort off the underside of the crossbar.

Done and Ousseynou Cisse both sent efforts wide from outside the area for either side, before Dale came inches away from breaking the deadlock on the half hour mark.

Joe Rafferty’s low ball across the face of goal from the right side was missed by everyone, with the cross flashing just in front of the sliding Stephen Humphrys. Kitching returned the ball back into the area, but Humphrys looping header dropped over MK Dons goal.

The visitors had a decent spell following that moment, with Agard forcing Josh Lillis into a save from a one-on-one situation with the Dale stopper held.

Cannon saw a left-footed effort held by Lee Nicholls, and Humphrys had a shot deflected wide after being picked out by Camps as Dale finished the half the stronger of the two sides.

The final chance of the opening period fell Cannon’s way. Ryan Delaney’s searching diagonal ball found Ian Henderson, who found Cannon inside, but his shot was held by Nicholls with a diving save to his left.

Steven Davies and Scott Wiseman replaced Humphrys and Rafferty just before the hour mark, shortly before Camps had a low shot comfortably held and Henderson headed Done’s left-wing cross wide of the near post.

Substitute Wiseman made a strong block from Agard who turned and shot after a low corner found its way to him, whilst Cannon’s well executed volley from 20-yards was held well by Nicholls, in what was the last effort on target of a goalless draw.


Rochdale's game against MK Dons, originally on Tuesday 20th February, has been rearranged.