Dale are back on the road again on Saturday, facing Port Vale in Sky Bet League Two.

Robbie Stockdale's men are unbeaten in four games, which includes two consecutive away wins at Northampton Town and Shrewsbury Town.

Supporters can pay on the day at Vale Park.

Tickets will be available to purchase from the away sales kiosk, on car park C, behind the away stand. Please note, this is card only. Collections can also be made from this kiosk.

Manager Robbie Stockdale spoke to the club’s website ahead of the trip about the transfer window, his first competitive month in charge and Saturday's game.

The gaffer confirmed that Matty Done is back in contention after picking up an injury at Northampton Town a fortnight ago, as well as Jay Lynch, who was injured in the warm-up of last week's game against Colchester United.

Sam Graham is still out with the injury he sustained at Northampton and is still a couple of weeks away.

Click HERE for an away fan guide to Vale Park.

Supporters in the UK & Ireland can watch Saturday's match live on iFollow!

As the game takes place during an international break, Saturday 3pm kick-offs are allowed to be streamed live.

Rochdale secured their first ever league win at Vale Park on Saturday, as the side recorded a 3-2 victory over Port Vale.

Rochdale’s first game there came in 1929 and had taken 27 attempts to achieve.

Jake Beesley netted a brace, while Corey O’Keeffe scored the other, with Dale coming from behind to secure the points.

The Valiants went ahead early on after a bright start but Dale responded superbly well and Beesley equalised on 24 minutes. Dale then went ahead eight minutes into the second half as the forward netted his second of the afternoon. Port Vale were back level soon after, but O’Keeffe won it for Rochdale 12 minutes from time.

There was one change from Rochdale's last league game as Jim McNulty came for the injured Jeriel Dorsett.

The home side started the game with an urgency and caused problems for Dale from the outset, putting Rochdale under relentless pressure during the opening exchanges.

With just four minutes on the clock, they should have been ahead, however, Proctor squandered the opportunity. After Tom Conlon screwed a shot across the face of goal, the forward, from less than six-yards, went for the far bottom corner, but saw his effort creep narrowly past the post.

Moments later, David Worrall had a shot defended behind, as the Valiants got in on goal again.

And they broke the deadlock on eight minutes.

Proctor, who had missed his earlier chance, looped a header over Joel Coleman and into the top corner, from Nathan Smith’s delivery.

Rochdale grew into the game after going behind and responded superbly, putting an end to the Valiants’ 15 minute spell of dominance, and they went on to equalise on 24 minutes.

O’Keeffe sent a perfectly weighted ball to the back post for Beesley, who followed it all the way and nodded beyond Covolan with an excellent finish.

Soon after, Abraham Odoh was felled inside the area after having his trailing left swiped from under neath him, but there was no penalty awarded.

Moments later, there were shouts for another spot-kick when O’Keeffe was upended. But with the referee not interested in the appeals, the on loan Mansfield Town full-back did brilliantly to keep the move alive and pick out Morley, whose cross was met by Beesley. The Dale forward powered a header at goal but Covolan was equal to it.

As the whistle blew for half-time, Beesley took a blow to the head with the last action of the game as he tried to block the ‘keeper’s kick out, but thankfully, after treatment, he left the pitch on his feet and was able to continue in the second half.

Port Vale started the second half brightly, winning a couple of early corners, but Rochdale dealt with the pressure and defended resolutely.

And it was Dale who turned the game on its head as they came from behind in the 53rd minute, with Beesley netting his second of the afternoon, in front of the away end. Morley had worked the ball well into Newby who found Keohane and he sent a cross to the back post for Beesley to power a header past Covolan. There were great scenes as they players celebrated in from of the Rochdale fans.

The hosts were level seven minutes later, as Proctor doubled his tally. Conlon played in the forward who kept his composure while under press and fired a left-footed shot past Coleman.

Rochdale’s first substitution of the game followed in the 67th minute, as Odoh made way for Danny Cashman.

A couple of minutes later, Keohane had a strike through the crowded box held by the ‘keeper.

The Valiants enjoyed a short spell of pressure, and Proctor, looking for his hattrick, headed over the bar as they failed to make it count.

Two minutes later, Rochdale were back in front, with O’Keeffe netting a fine finish. Substitute Cashman drove in field and sent a brilliant ball over the top for O'Keeffe to run onto. He timed his run perfectly, bringing the ball down and sliding it past the goalkeeper.

Dale’s third substitution of the game followed on 84 minutes, when Conor Grant came on for Alex Newby.

As the game entered six minutes of stoppage time, Mal Benning scuffed a shot wide from the edge of the area from a partially cleared corner.

Aaron Martin then headed Conlon’s free-kick over for the hosts.

With the clock ticking towards the full-time whistle, McNulty got a head on a Port Vale corner to send it clear and O’Keeffe raced forward before trying his luck from distance, with the goalkeeper having come up for the corner, but he sent it wide.

The whistle went seconds later and Dale had secured the three points on the road. 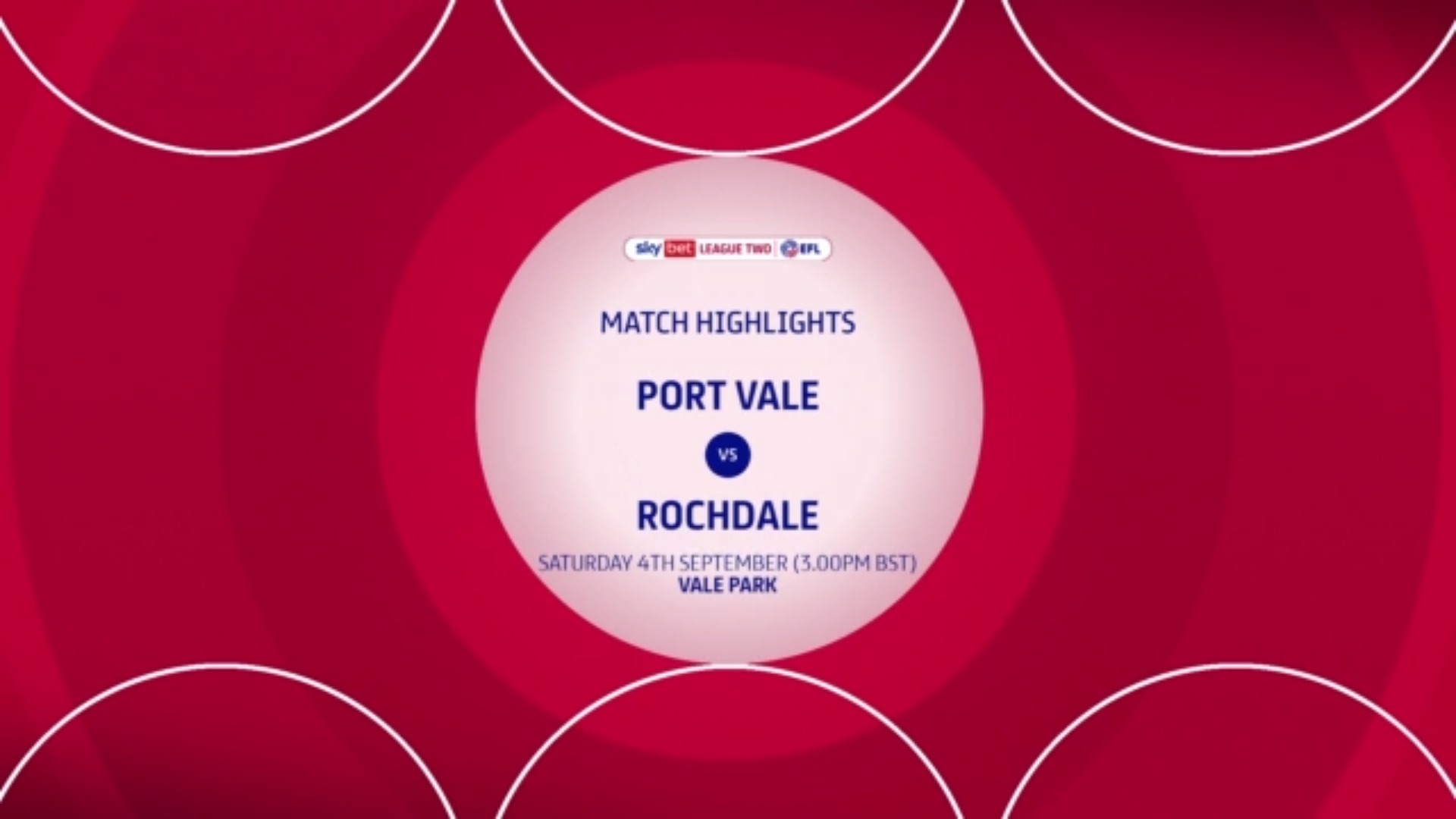 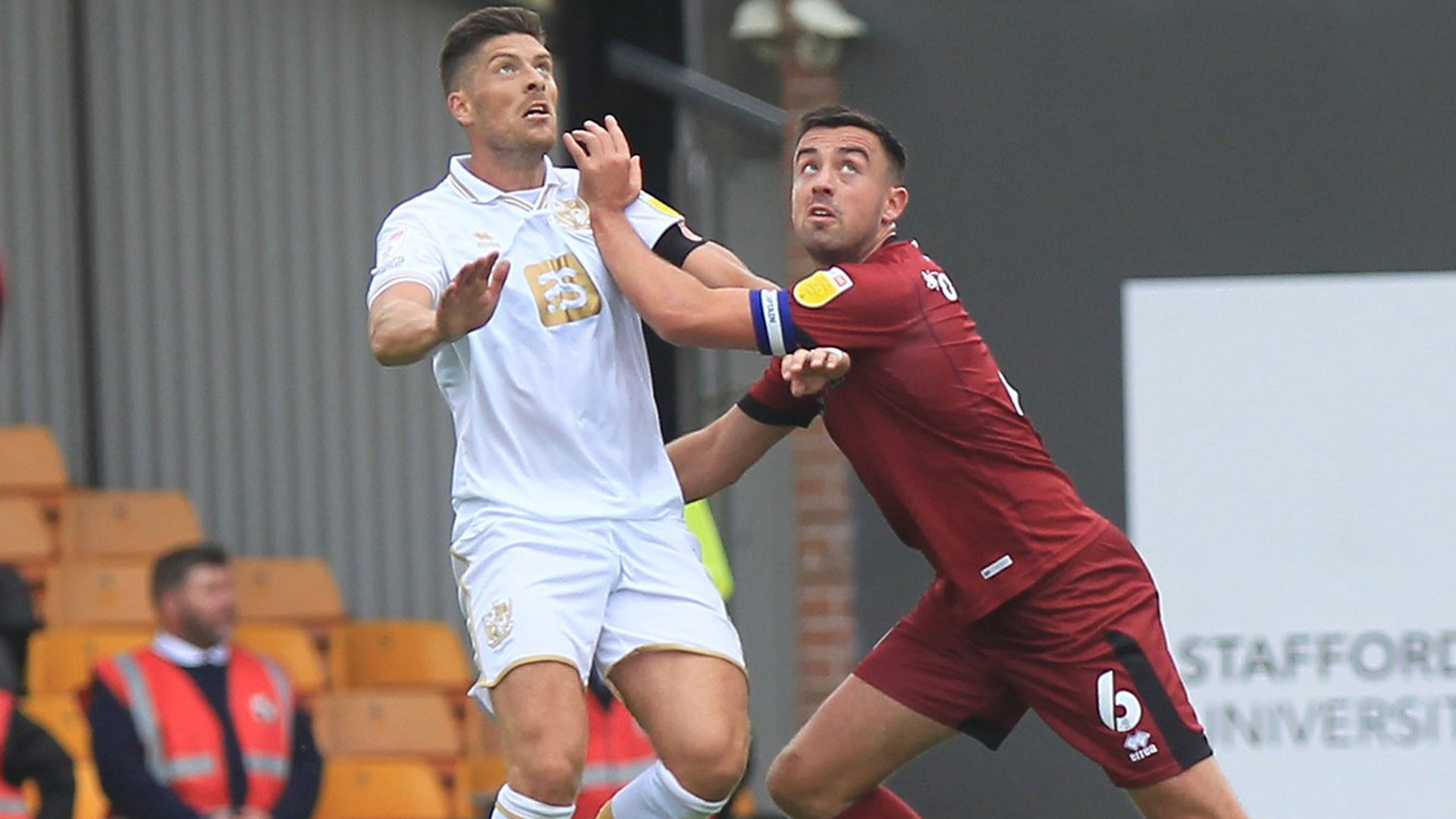