Dale make their first ever trip to Harrogate Town on Saturday in Sky Bet League Two.

It is Robbie Stockdale’s first competitive game in charge of the club, having joined as manager less than a month ago.

In that time, he has added no less than seven new faces to his squad, ahead of Saturday’s opening game.

Supporters are reminded that our allocation for Saturday’s game is sold out.

Those who have not yet collected their hard ticket ahead of the game can do so from the Envirovent Stadium on the day.

They will be available from the away turnstiles, which can be accessed via the South Gate entrance.
Please go to turnstile 1 if you need to collect your ticket. This will be clearly indicated. Turnstiles open at 1pm.

If you do not have a ticket for the game, please do not travel.

Manager Robbie Stockdale spoke to the club’s website about the season opener, his first game in charge, and the sold out away allocation.

Harrogate have provided a What To Expect article of the Envirovent Stadium on their website HERE.

Click HERE to purchase your match pass now. Commentary gets underway at 2.45pm.

Fans are reminded that, with COVID capacity restrictions lifted and fixtures set to be played in front of full crowds again for the first time since March 2020, the EFL, in respect of domestic streaming, will return to the position as was prior to the pandemic when the live broadcast or streaming of any match in England, Wales and Northern Ireland is prohibited between the hours of 2:45pm-5:15pm on Saturday afternoon.

Harrogate Town netted is stoppage time to deny Rochdale a point on the road on Saturday, in the opening game of the 2021/22 Sky Bet League Two season.

The hosts had opened up a two goal lead early in the first half thanks to goal from Luke Armstrong and Alex Pattison. Alex Newby halved the deficit on 15 minutes and Conor Grant put Dale level four minutes after the break.

Either team could have won it at the end but it was Town’s Warren Burrell who scored in the 91st minute to snatch victory.

There were debuts for Corey O'Keeffe, Aidy White and Max Taylor, who were named in the starting eleven. While Joel Coleman, George Broadbent and Sam Graham made the bench, with the latter three all coming on to make their debuts in the second half. Eoghan O'Connell and Jimmy Keohane missed out through injury.

The game started at pace, as both teams created opportunities during the opening exchanges, before the hosts opened the scoring after just six minutes.

Jay Lynch got down to push away Armstrong’s strike and held the follow up from Josh Falkington.

Immediately up the other end, Abraham Odoh found Grant who saw a deflected effort well beaten away by Mark Oxley. Aaron Morley, wearing the Captain’s arm band, then delivered a ball in from the left for Jake Beesley but it took a deflection on the way through, taking it away from the lurking forward and into the hands of the ‘keeper.

But Dale went behind a minute later, when Armstrong broke the deadlock.

He latched onto Jack Muldoon’s perfectly timed ball into the area and prodded beyond Lynch.

Town doubled their advantaged on ten minutes through Pattison, who curled his shot into the far corner from just inside the area.

It had been a frenetic start to the match at the Envirovent Stadium and Rochdale halved the deficit five minutes later.

Newby opened his account from the season with a cool finish, sliding the ball past Oxley and in at the far post, after Stephen Dooley had played him in.

Beesley came within inches of finding an equaliser moments later, but but his header from Odoh’s delivery went narrowly over.

A short time later, Simon Power charged down the left and cut inside before unleashing a ferocious effort which went just over the bar.

Rochdale enjoyed a succession of opportunities.

Beesley came within inches of turning a Morley free-kick beyond the Harrogate stopper but he couldn’t quite make the connection, before Oxley pulled off a superb save to deny the Dale forward.

Beesley, who received Newby’s ball with his back to goal, turned and got his strike away, but the goalkeeper got his hand to it, to tip it wide.

Oxley was then rooted to the spot as Newby’s deflected effort went inches wide, before Morley had a shot blocked and Dooley had a strike deflected past the upright.

Taylor then had a header well-blocked.

Before the half was out, Town almost extended their lead through Muldoon, but the former Dale man saw his effort from George Thomson’s cross, deflected inches wide of the far post.

From the resulting corner, Pattison struck over.

Rochdale had the perfect start to the second half, when Grant equalised four minutes after the break in front of the Dale fans who hand travelled in their numbers. He fired his first-time effort low beyond Oxley.

Taylor got a superb blocked on a Pattison shot to see it behind following a neat move forward by the hosts, while Lynch was equal to Muldoon’s low, powerful effort, a short time later, getting down to hold.

Dale’s first substitution of the game followed in the 66th minute, as fellow debutant White made way for Sam Graham. Soon after, Odoh was forced off through injury and was replaced by Cashman.

Broadbent, Rochdale’s third and final substitution, came on with 77 minutes on the clock, and a Beesley flick on found him immediately, but the Sheffield Unite loanee, who joined the club on Tuesday on an initial six-month loan, couldn’t quite get it under his control to find the back of the net with his first touch in a Dale shirt.

The hosts stood firm as Robbie Stockdale’s side tried to find the winner. Newby had a shot well blocked and Dooley was denied on the follow up by a great save from Oxley.

Broadbent then, from range, curled an effort over the bar.

In stoppage time, the home side netted a third to snatch a late victory. A corner into the area bounced around before Burrell swept home from 12-yards.

In the 95th minute O’Keeffe went down under a challenge but the referee waved away appeals for a Dale penalty. 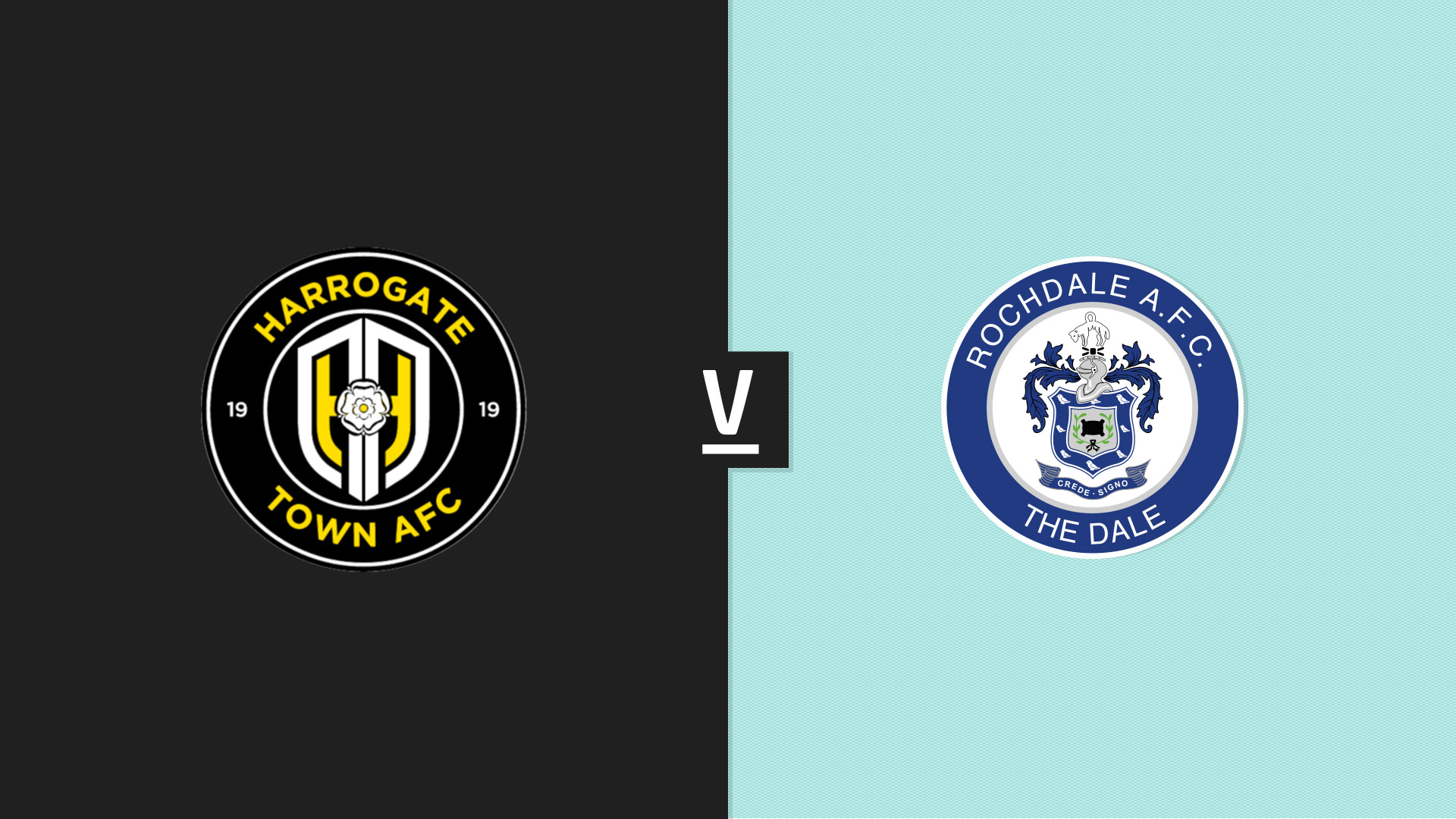 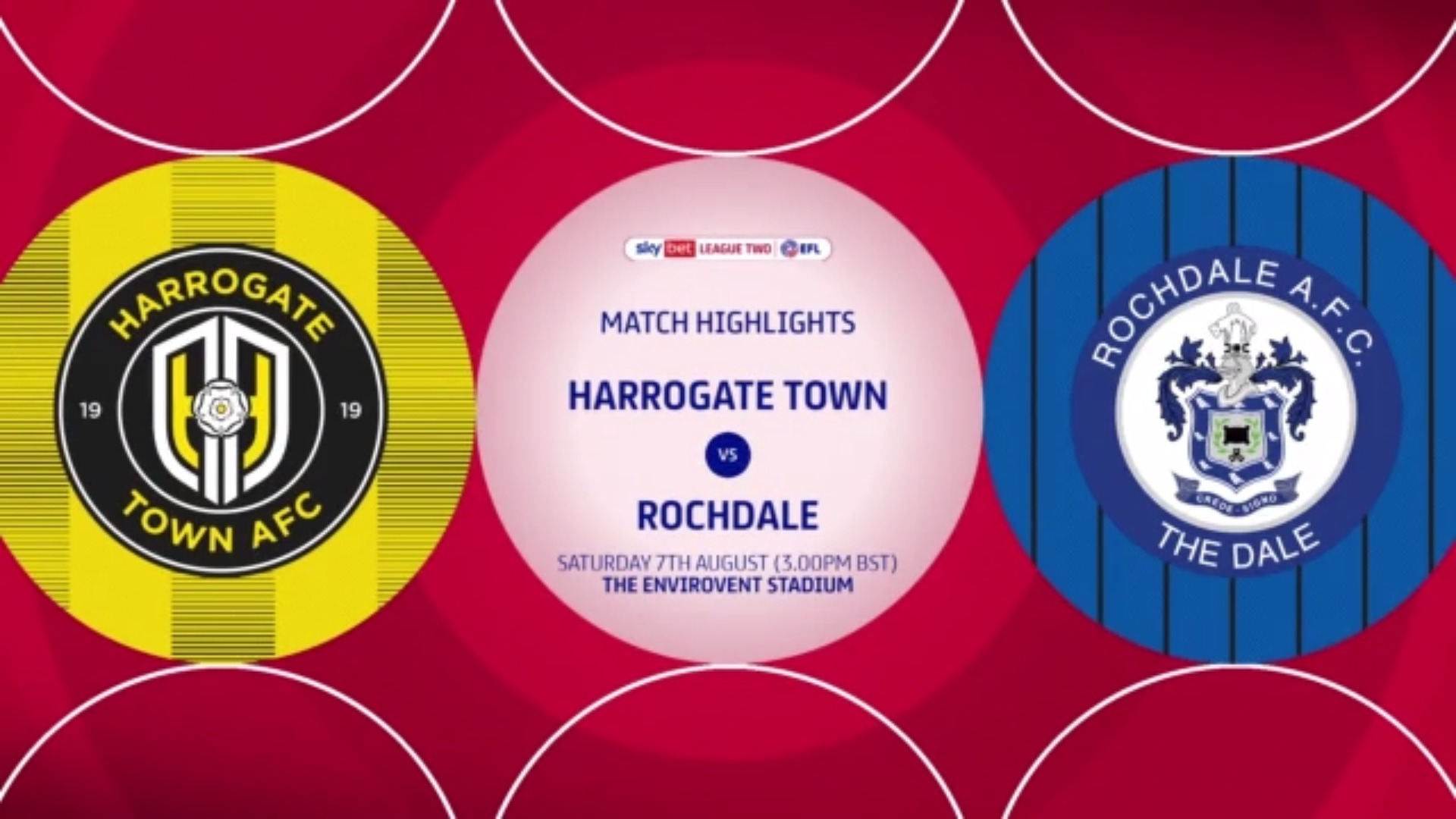 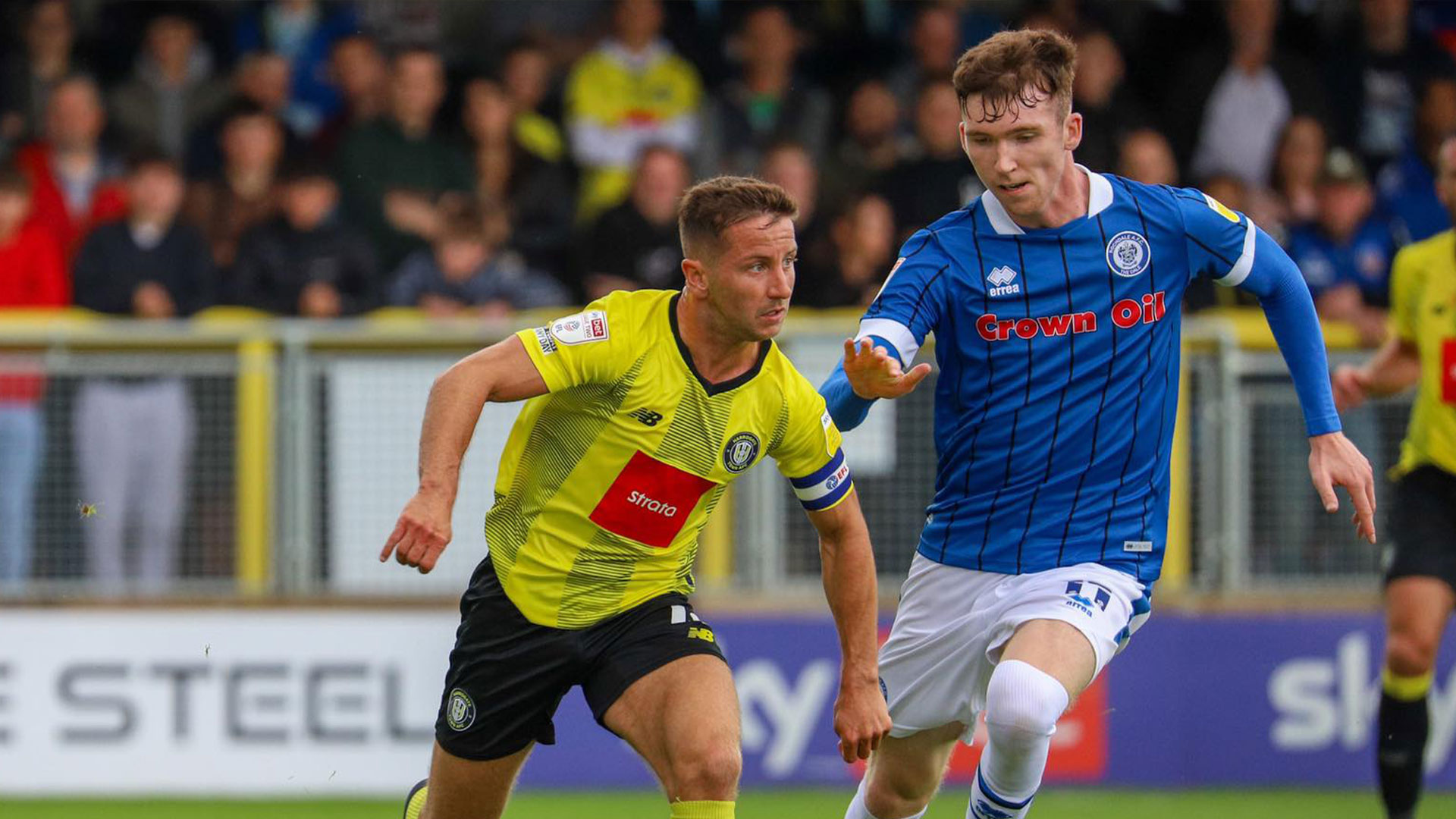