Dale are back in Carabao Cup action on Tuesday night, facing Sheffield Wednesday in Round Two.

Brian Barry-Murphy's men were 1-0 winners over Wednesday's fellow Championship side Huddersfield Town in Round One, courtesy of Eoghan O'Connell's goal.

The Owls overcame Walsall in a penalty shootout, before beating Cardiff City 2-0 away from home in their opening league game on Saturday.

Under EFL rules, we cannot provide Season Card holders with a free pass for this fixture as it is a cup match. Click HERE for full details.

The boss spoke about the tie after Saturday's game at Swindon Town, including a hint as to who may start. Read what he had to say HERE.

Rochdale returned to action at the Crown Oil Arena for the first time in over six months on Tuesday evening, as they hosted Championship side Sheffield Wednesday in Round Two of the Carabao Cup.

Second half goals from Elias Kachunga and Josh Windass sealed a 2-0 victory for the visitors.

There were three changes to the side that lined-up against Swindon Town on Saturday. Yeboah Amankwah, Jim McNulty and Kwadwo Baah came in for Ryan McLaughlin, Paul McShane and Stephen Dooley. Stephen Humphrys was cup-tied and couldn’t feature, having played for Southend United in the last round.

Rochdale tested first, when Alex Newby saw his low drive held by Joe Wildsmith in the Owls goal, just a few minutes into the match.

The Owls came close to breaking the deadlock on 20 minutes, but Adam Reach’s powerful free-kick from 20-yards rippled the side netting on its way past up the right, while Moses Odubajo hit over from range, soon after.
Alex Hunt's overhead kick was superbly headed away by Eoghan O'Connell at the far post, before Fisayo Dele-Bashiru's follow up effort from the edge of the area was well-held by Gavin Bazunu, as Dale stood firm.
Before the break, Aaron Morley's free-kick was met by Jim McNulty at the back post, who sent a looping header over the bar.
HT | ROCHDALE 0-0 SHEFFIELD WEDNESDAY

Sheffield Wednesday started the second half strongly before opening the scoring in the 54th minute.
Sixty seconds after the restart Bazunu got down well turn a Hunt shot round the post and moments later he was called into action again, pushing away an effort from Reach, who struck from inside the area. Hunt then headed Julian Borner’s corner against the post, only to see the offside flag go up.
Rochdale’s first change of the game followed, as Baah made way for Dooley.
Newby got away down the right and fired a fierce cross-shot towards across goal, but his ball to the back post was superbly defended away.
The deadlock was broken soon after, when Kachunga powered home a header from a cross in from the right.
On the hour, Reach had a strike turned round the upright, while Done had a shot blocked behind a couple of minutes later, and Newby saw his shot, which had the sting taken out it by a block, comfortably held by Wildsmith.
Jimmy Ryan replaced Matty Lund, in Dale’s second substitution of the game, on 70 minutes.
Brian Barry-Murphy’s side came the closest yet, after Rathbone latched on to a loose ball just outside the area and saw an effort deflected narrowly wide.
But Sheffield Wednesday continued to apply the pressure in the latter stages of the game and they were denied by the woodwork, when Reach fired off the underside of the bar.
After Dale’s third and final change followed in the 79 minute - Fabio Tavares coming on for Newby - Bazunu kept the visitors out again as he turned a Reach shot over the bar. Hunt, too, was involved again, sending a header narrowly wide.
Two minutes before time the Owls doubled their advantage through substitute Josh Windass. A free-kick was played short into the area and he found the top corner with a powerful strike.
FT | ROCHDALE 0-2 SHEFFIELD WEDNESDAY 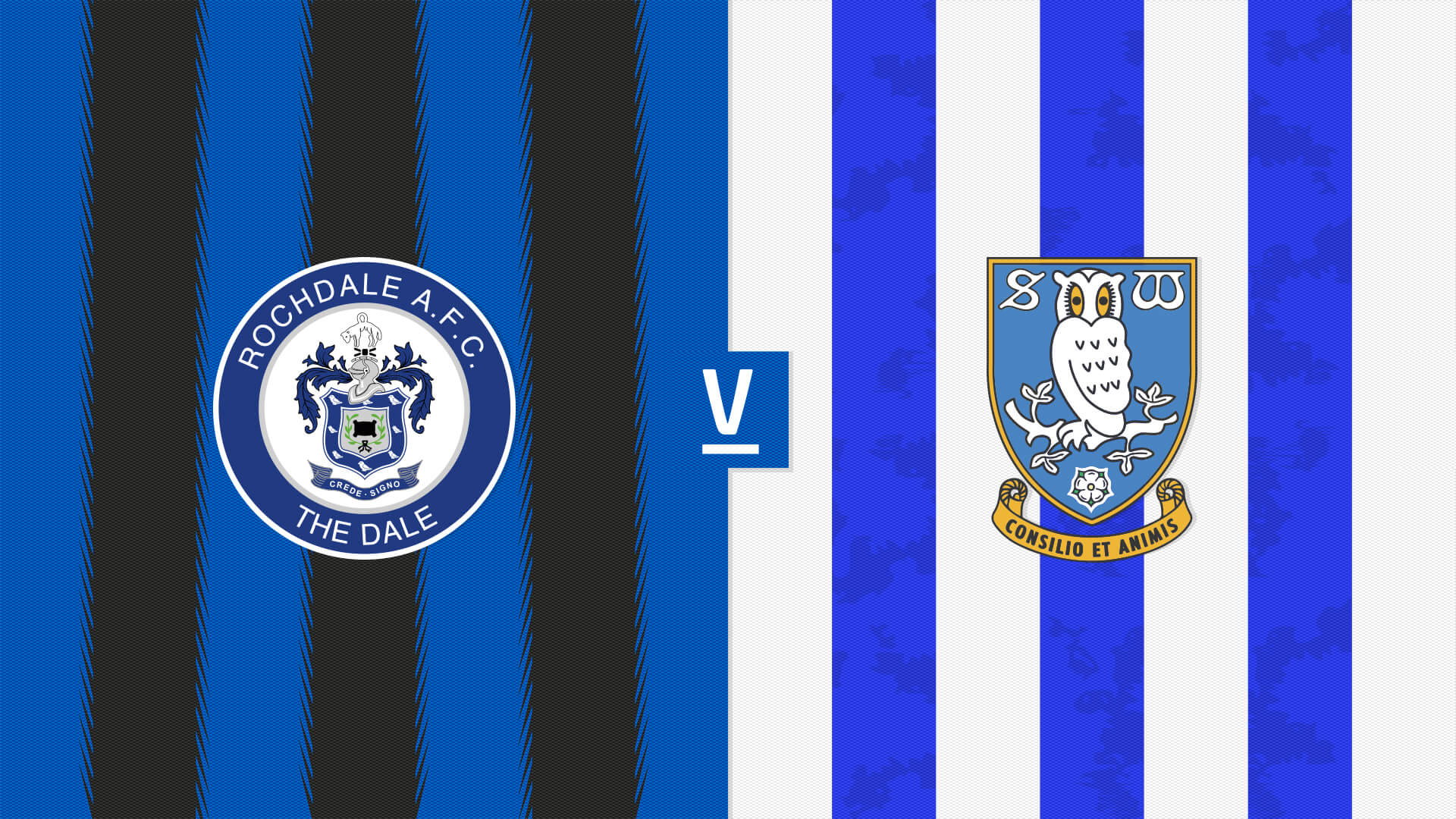 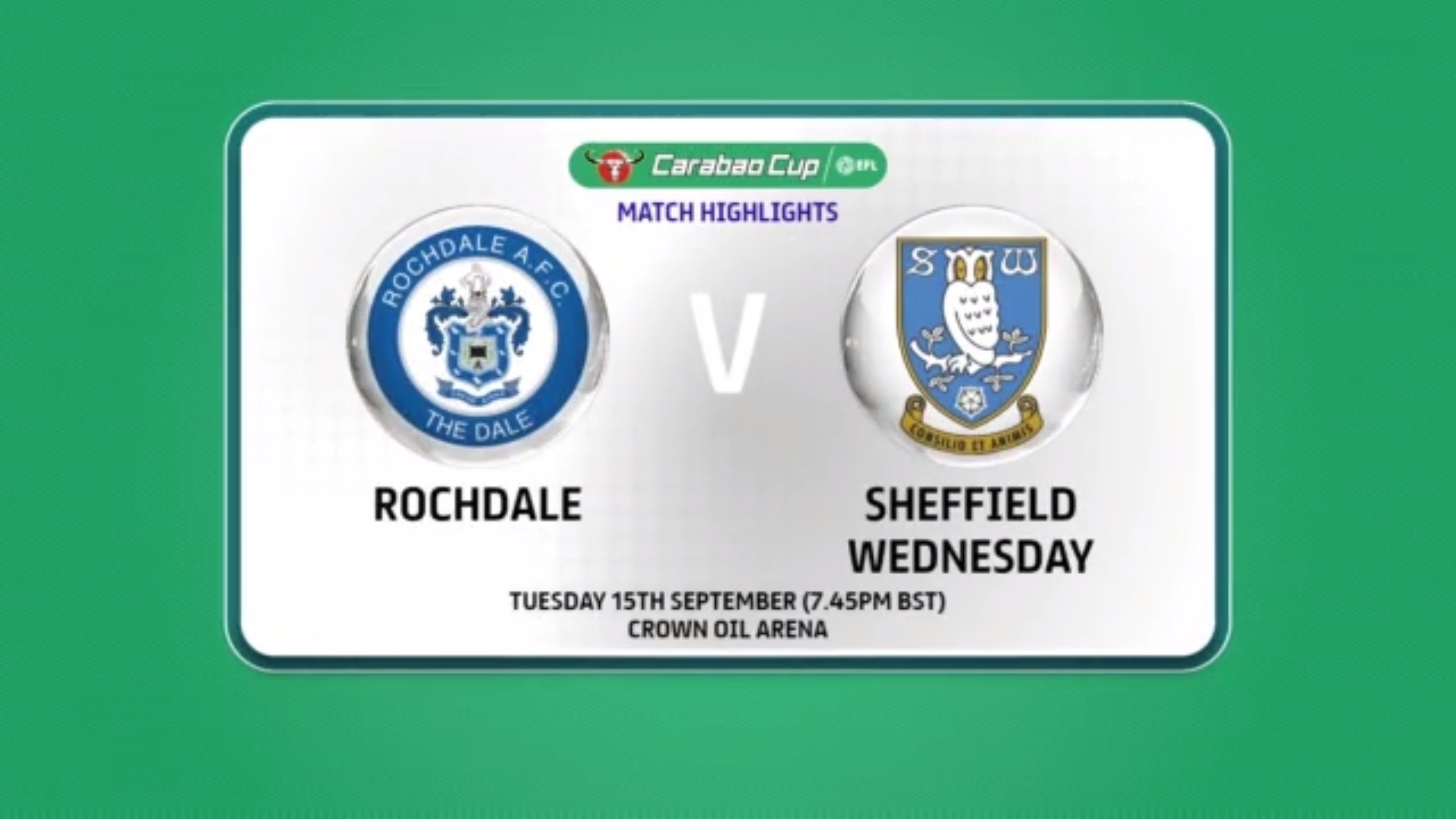 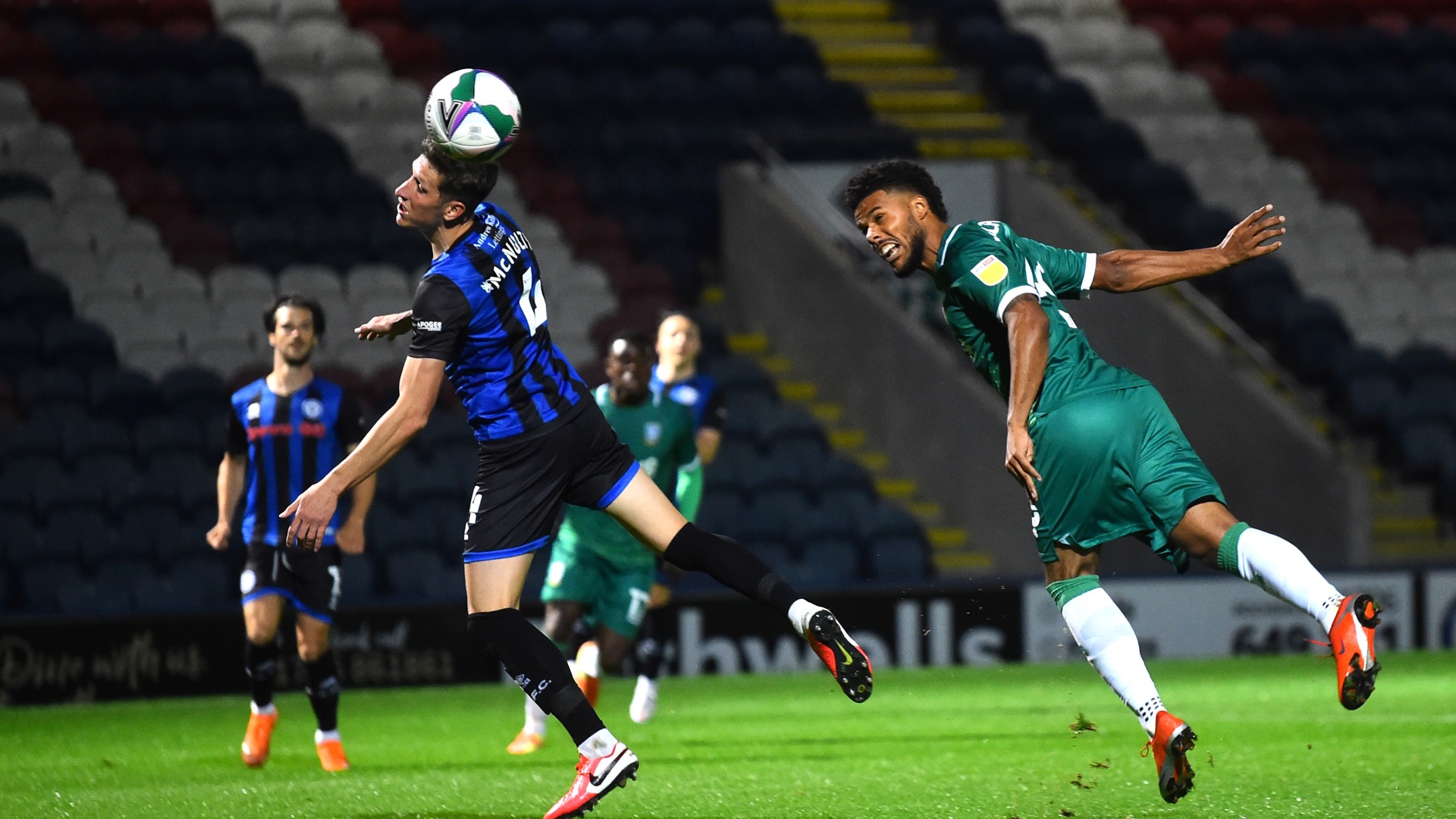