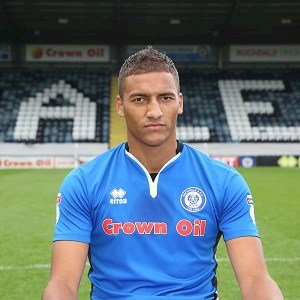 Reece Brown is a versatile defender who penned a 12-month contract at the Crown Oil Arena in May 2017.

The brother of former Manchester United and Sunderland defender Wes Brown, he ended last term with Bury, with his final appearance coming in their 1-0 home defeat to Dale.

Aged 25, Brown began his career at Manchester United in 2009. He failed to make the breakthrough at Old Trafford, but over the next four years he played on loan at Bradford City, Doncaster Rovers, Oldham Athletic, Coventry City, Ipswich Town, Watford and Carlisle United.

The Red Devils released Brown in July 2013 and he signed a permanent deal at Barnsley days later.

However, his time at Oakwell was short and after just one season and only 18 appearances, he was released.