This season marks the tenth anniversary of Dale’s second-ever promotion, as Keith Hill guided the Club out of the basement division for the first time in 36 years.

Over the coming days, we’ll be recapping that memorable campaign on a month-by-month basis, starting with, well, the start of the season – August.

Following back-to-back seasons which ended in playoff defeat, expectations had grown around Spotland and Dale were charged with challenging for a top-seven spot again.

There was a fair bit of shape-shifting during the summer of 2009, though.

In came goalkeepers Kenny Arthur and Matty Edwards, as did the surprise signing of the summer, Jason Kennedy, who Dale fans were familiar with from his time scoring wonder goals against the Club for Darlington.

However, perhaps the most pivotal moment of the summer came in Dale’s first pre-season friendly on UK soil away to Radcliffe Borough.

Rory McArdle, one part of the centre-back duo, alongside Nathan Stanton, which had been almost mainstays in the Dale defence in recent seasons, dislocated his shoulder early on.

This meant that Craig Dawson would have to start the season alongside Stanton at the back, and the rest, as they say, is history.

The opening game of the season saw Hill’s men make the trip to Port Vale, on a beautiful August day.

Arthur started in goal, with a back four of Scott Wiseman, Dawson, Stanton and Tom Kennedy. The four in midfield were Will Buckley, Jason Kennedy, Gary Jones and Adam Rundle, with Joe Thompson and Chris Dagnall up top.

A tight game was eventually brought to life midway through the second period, when Thompson nodded home a Buckley cross to give Dale the lead.

However, the hosts earned a point nine minutes later, when Marc Richards converted from the spot after Stanton was adjudged to have handballed inside the area. 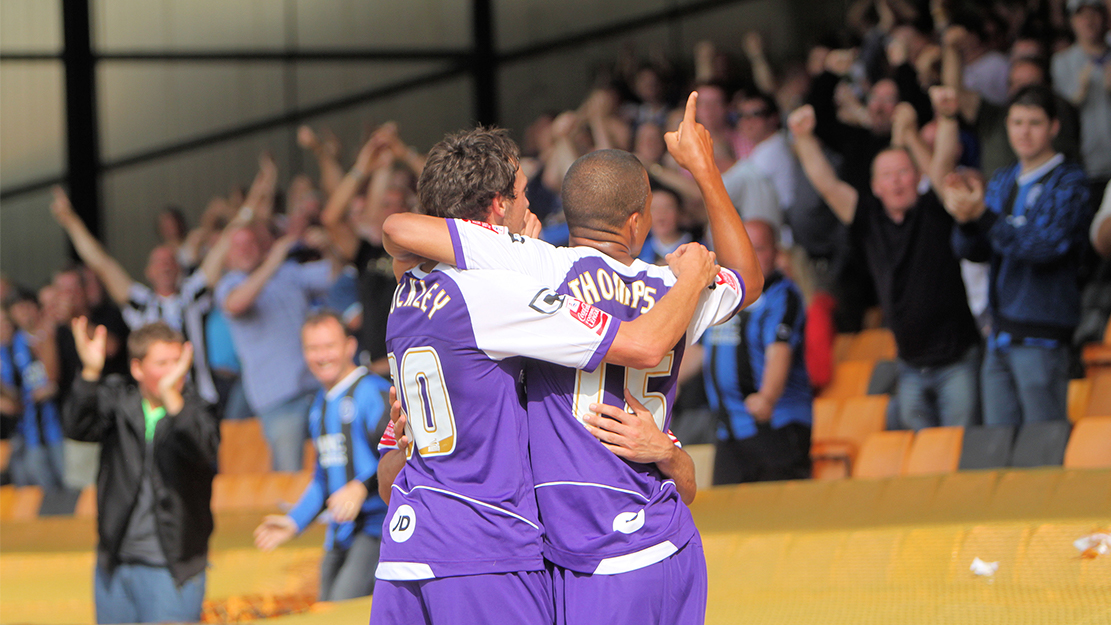 Dale’s first win of the campaign came in unlikely circumstances, after playing the majority of the game with ten men.

Following a midweek Carling Cup defeat at Sheffield Wednesday, Hill signed defender Matt Flynn from Macclesfield Town, who came in for Wiseman in the only change from the opening weekend’s draw.

The manager’s plans were thrown into disarray just 16 minutes into the game when Stanton was dismissed, meaning Dale would have an uphill task for the remainder of the game.

However, with fortunes reversed from the previous Saturday, it was Dale who were awarded a late penalty after a handball in the area.

Tom Kennedy stepped up three minutes into injury time and despatched his spot kick, which wouldn’t be his only one of the month, to earn the win. 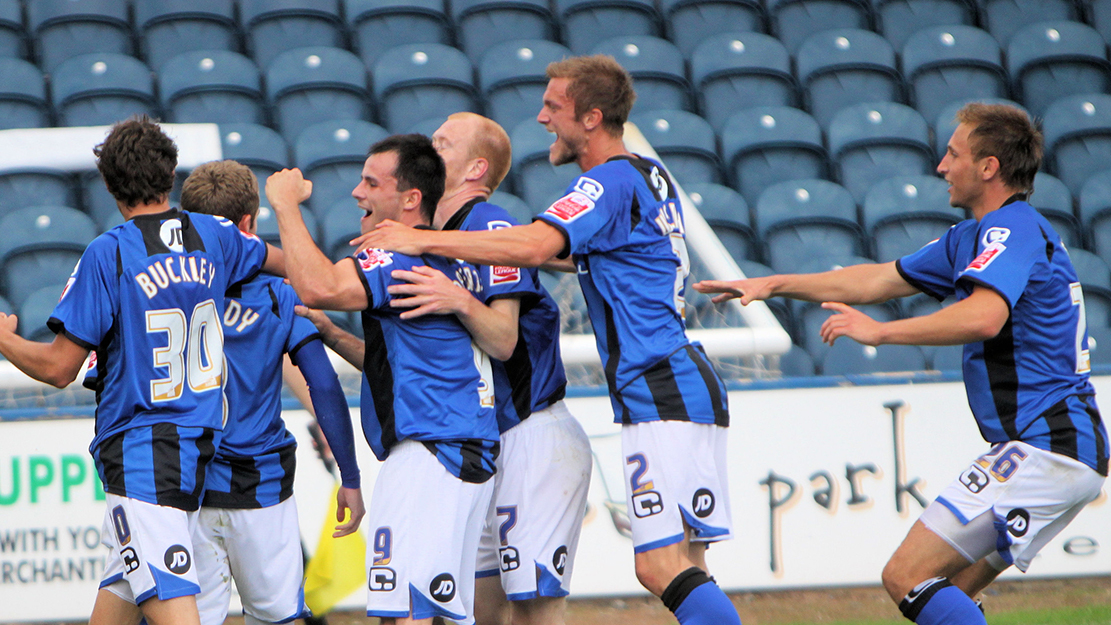 Marcus Holness started in place of the suspended Stanton just three days later, but it would be his error that cost Dale a point at home to Cheltenham.

Dale played well and had the better of the game for the most part. Scott Spencer, the former Oldham Athletic and Everton youngster who had signed non-contract terms with dale the previous week, came off the bench for his Dale debut and looked bright.

But with the game heading for stalemate, a loose touch by Holness allowed the visitors to break, and Julian Alsop punished Dale, scoring from close range to steal the three points.

Stanton replaced Holness for a game that will, probably, be best remembered for the parts played by two strikers – Adam Le Fondre and Chris O’Grady. Oh, and the state of the pitch!

The latter (O'Grady) had been signed on loan from Oldham just days earlier and made his debut for Dale at the Don Valley Stadium, coming in for Rundle. Few could predict the impact he would go on to have.

Le Fondre, on the other hand, had been sold to Rotherham following Dale’s opening game, and he would come back to haunt the Club, opening the scoring with a close-range header.

Dagnall equalised just minutes later though, following up his own rebound on the stroke of half-time. 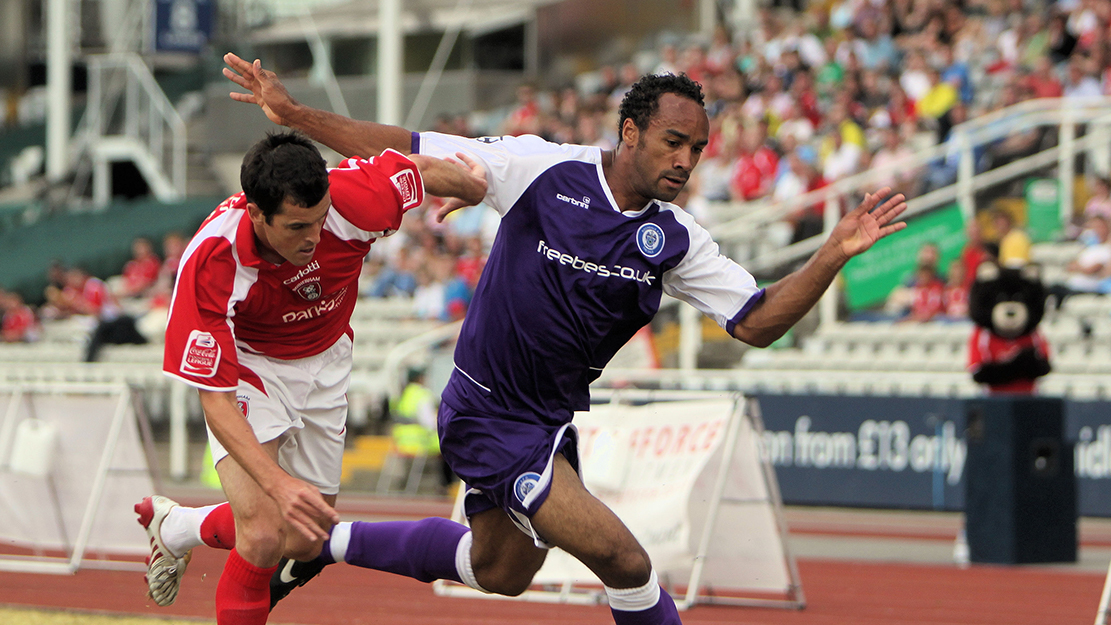 This was more like it. Holness replaced Stanton in the only change from the previous weekend and after an even first-half, Dale blew their local rivals away after the break.

Dale were then awarded a penalty inside the final ten minutes. Up stepped Tom Kennedy against his former club to coolly tuck away the spot kick and secure the points. A goal he clearly enjoyed, celebrating in front of his former supporters! 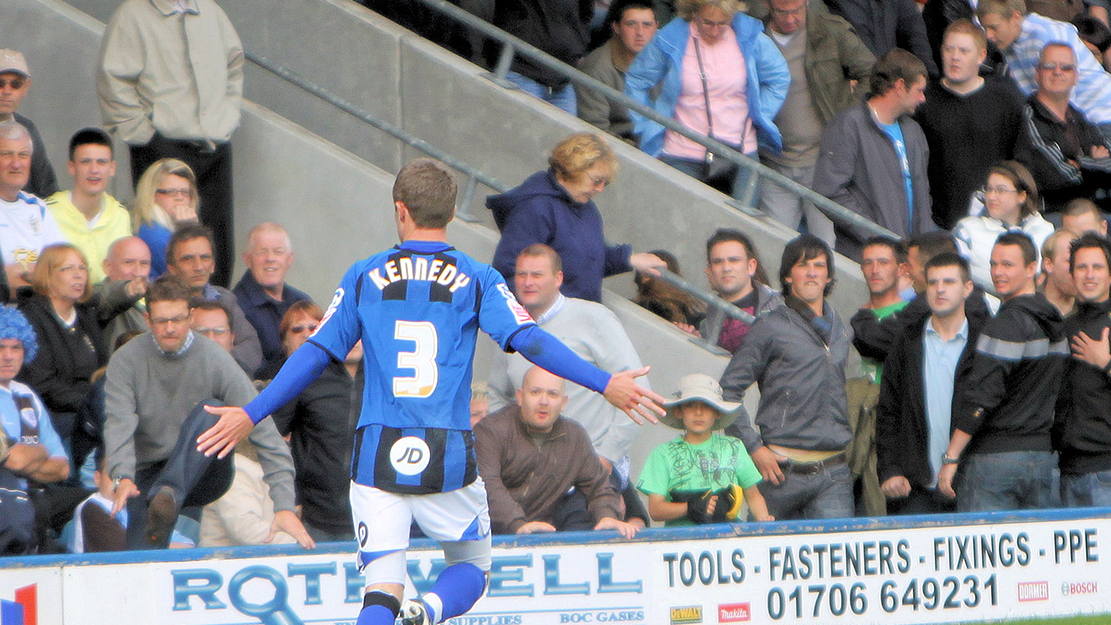 Dale ended the month in 13th spot but very much on a high, setting Hill’s men up for an impressive run of form in September.