Brian Barry-Murphy is looking forward to coming up against Paul Tisdale for the first time, as MK Dons travel to the Crown Oil Arena on Tuesday.

The 3-1 win at Bolton Wanderers meant Dale recorded back-to-back wins for the first time this season.

The Dale boss is hoping to continue this trend but knows MK Dons will be difficult opposition.

“Paul Tisdale is a manager I have looked up to since his days at Exeter City,” said Barry-Murphy.

“His team always plays with exceptional quality and a good style, and I will be expecting the same when they come to play us.

“It is important that we have an understanding and respect for how they play and set ourselves up accordingly.

“They will be a threat, but we aim to be as good ourselves and try to implement our own strengths on the game, as we have done throughout the season.

“Our players will continue to play with the amazing courage they have shown over the past few weeks.”

Barry-Murphy believes the previous victories against Accrington Stanley and Bolton have been the product of intense improvement during the week in training.

Dale ran out 2-1 winners over Stanley in the previous game played at the Crown Oil Arena and are now looking to win consecutive home games for the first time this season.

The boss believes his side has approached each game in the same way and are now reaping the rewards of that.

He added: “Our home games this season have been very good affairs from our point of view

“We haven’t had the amount of league wins that we believe we deserve but we can’t always control the results.

“We could have lost against Bolton, but we would have still played the same way in the second half.

“The aim is to keep improving collectively and individually every day. It is a simple process, but it takes a lot of hard work. The lads are fully up for it.

“The games at the Crown Oil Arena have been really exciting for us so far. 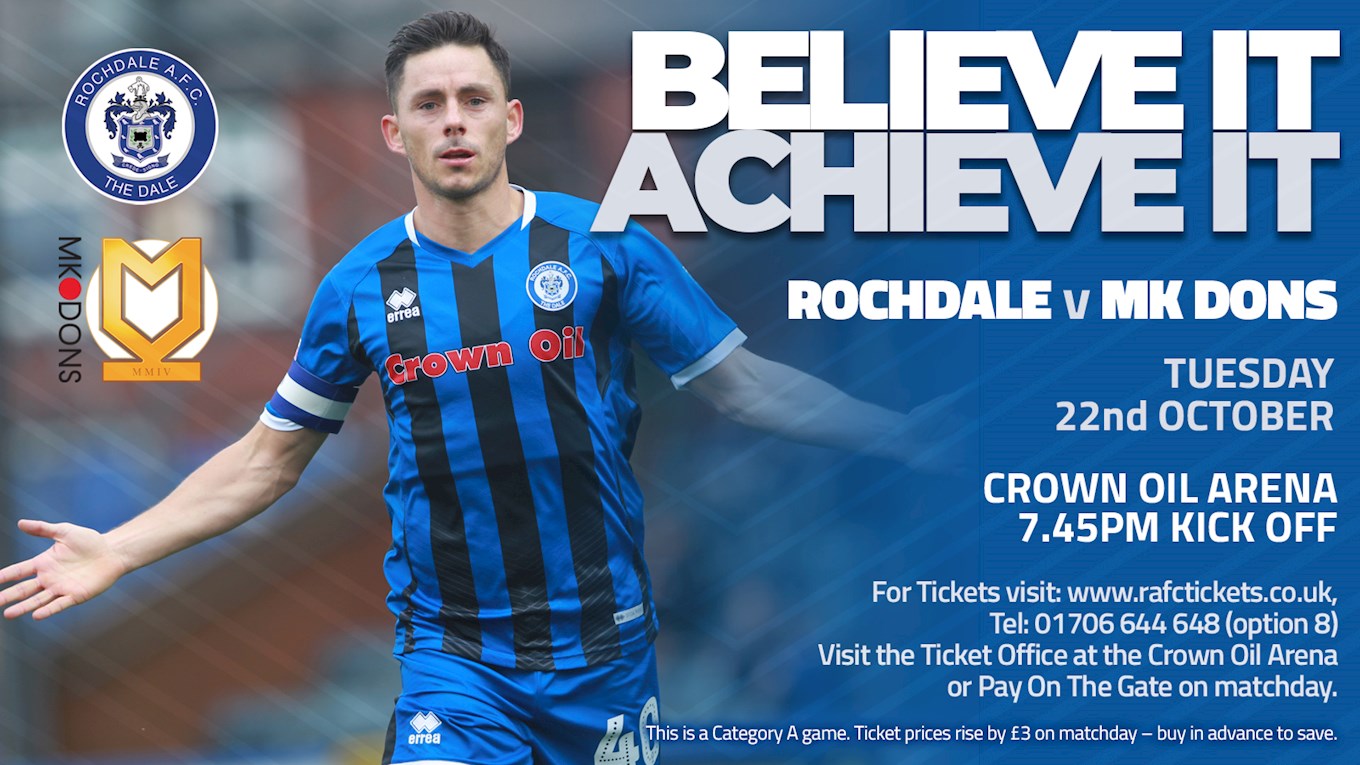