Rochdale AFC’s matchday programme – The Voice of Spotland – is back for Saturday’s League One fixture against Bristol Rovers.

The programme starts with a front cover image of defender Paul McShane, who has impressed supporters with his performances at the back since joining Dale in early October.

Manager Brian Barry-Murphy previews the game and also discusses how he believes the team are performing this season, as well as welcoming a fellow Irishman to the match in Rovers’ boss, Graham Coughlan.

After that the programme is packed with new features, including:

THINK OF A NUMBER – looking at facts, figures and connections between Dale and Bristol Rovers

ROOM 101 – Which player reveals that cheese is one of his pet hates?

BACK OF THE NET – a whole-season article focusing on the exploits of Dale’s top 25 goalscorers of all-time, this time with 1920s marksman, Billy Tompkinson

ANORAK’S CORNER – Dale recently reached two milestones that have been 38 years in the making. Read the programme to find out what they are.

We have a lengthy new-look visitors’ section, as well as a Traveller’s Tales on the trip to Manchester United.

Meanwhile, action photos appear from the games against Wycombe and Bolton (Leasing.com Trophy). 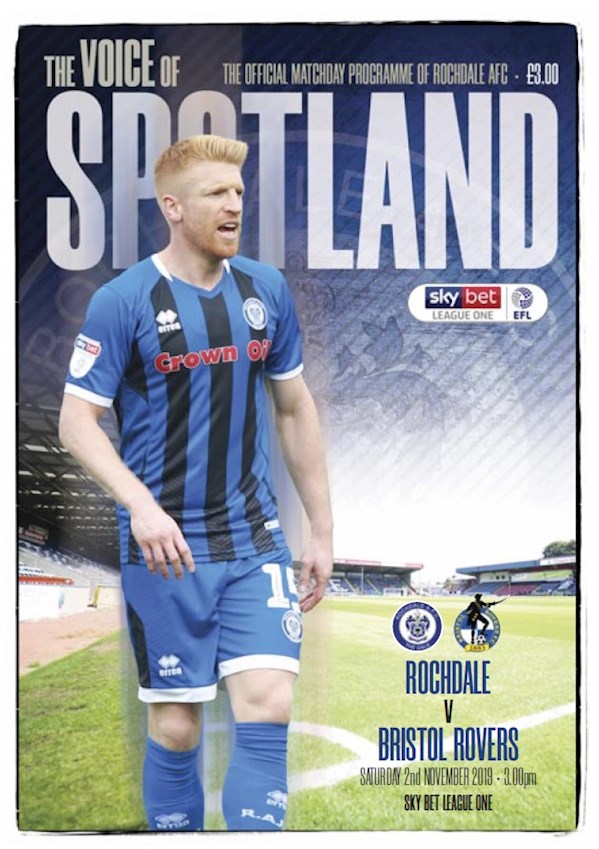