Organised by the Rochdale Academy and the Club’s Community Trust, around 200 youngsters from Years 7-10 across the Borough’s secondary schools took part in the tournament.

The event followed on from last week’s Primary Schools Cup, which was in its fourth consecutive year after its previous popularity.

As with that event, the Secondary Schools Cup is designed to give local children the chance to say ‘I Played At The Crown Oil Arena’. It also provides staff with the opportunity to spot the most talented footballers in Rochdale, as well as promoting our community ethos. But most of all, it’s about having fun!

Two identical tournaments took place during the day, with the Year 7 & 8 event taking place in the morning, and the Year 9 & 10 tournament being played in the afternoon.

Separate tournaments took place in both age groups. Each school brought their football team, as well as a ‘rewards team’, for those pupils who have excelled in their studies.

In the afternoon, Oulder Hill picked up the football tournament with a win over Wardle, whilst Wardle were winners over Cardinal Langley in the rewards tournament final.

The Year 9 & 10 football tournament final saw two Dale Academy Under-15 players face each other – Ethan Brierley and Kacper Mialkowski. Ethan’s school came out on top, and he lifted the trophy for his team (pictured below).

Thank you to everyone that participated, as well as the teachers and schools, and congratulations to the winners! 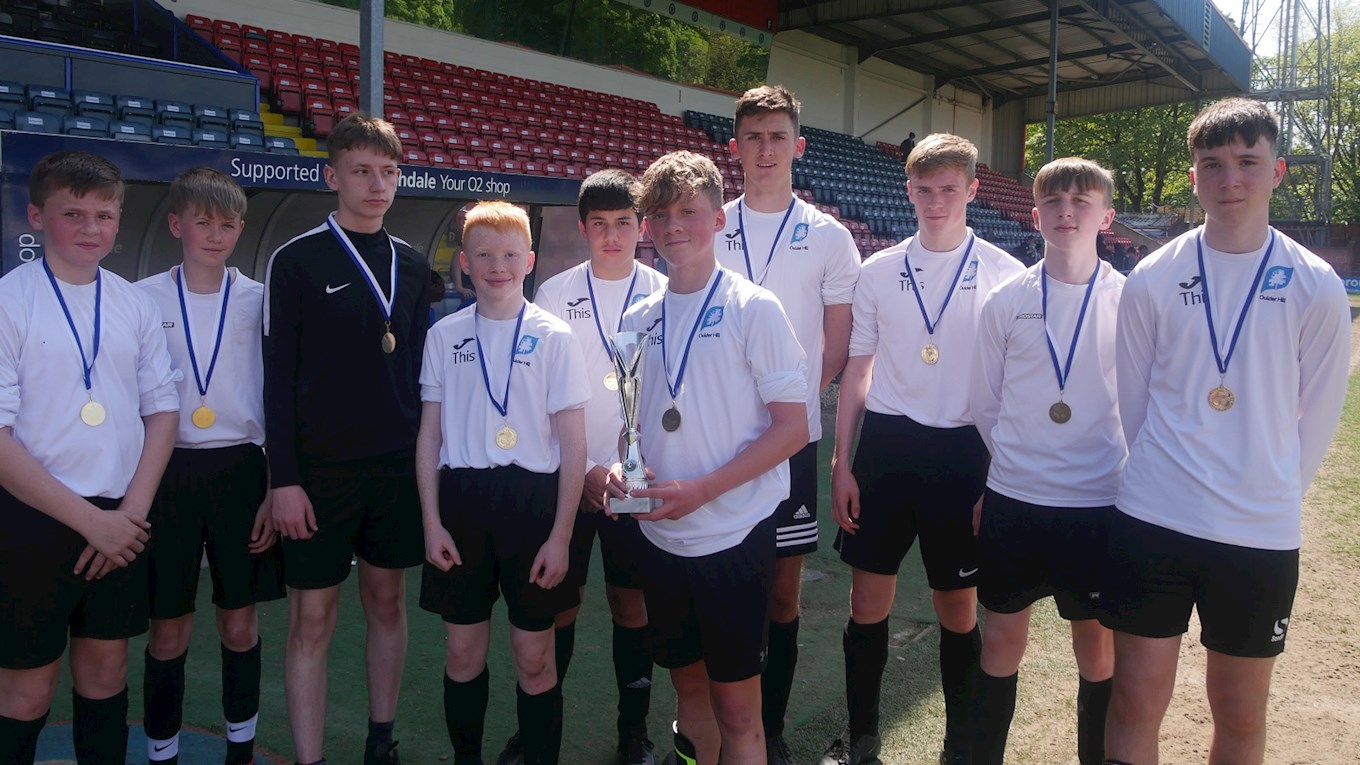