The Rochdale Schools Cup event returned to the Crown Oil Arena earlier this week for a fourth consecutive year.

Organised by the Dale Academy and the Club’s Community Trust, nearly 200 Year 2 and Year 4 children from Primary Schools across the Borough took part in the tournament and had a great day out!

The event is designed to give local children the chance to say ‘I played at the Crown Oil Arena!’ It also provides staff with the opportunity to spot the most talented footballers in Rochdale, as well as promoting our community ethos. But most of all, it’s about having fun!

There was a double victory for All Souls Primary (Heywood), who were crowned winners at both age categories, Year 2 and Year 4!

In fact, the Year 2 winners were the same group of youngsters who won the Year 1 trophy last May, so congratulations to them.

Head of Academy Coaching Rick Ashcroft said: “This event is now in its fourth year and it’s still proving as popular as ever.

“I would like to take this opportunity to thank the teachers and the schools for bringing the youngsters to the Crown Oil Arena, as well as thanking every single player who took part.

“For us to be able to provide local children with the chance to play on the pitch is fantastic – you could see how excited they all were and how much they enjoyed it. It’s a unique opportunity and I hope it’s something the kids will remember for the rest of lives.

“Our Community team do a brilliant job in connecting with local schools and this is another great way for us to enhance that connection. Hopefully it will help create the next generation of loyal supporters.”

All players received a goodie bag, filled with all things Dale, including a 2019/20 Season Ticket leaflet, while the runners up and winners received medals. All Souls were also presented with a trophy.

We look forward to welcoming pupils from Year 7, Year 8, Year 9 and Year 10 to the Crown Oil Arena on Tuesday 14th May to do it all over again! 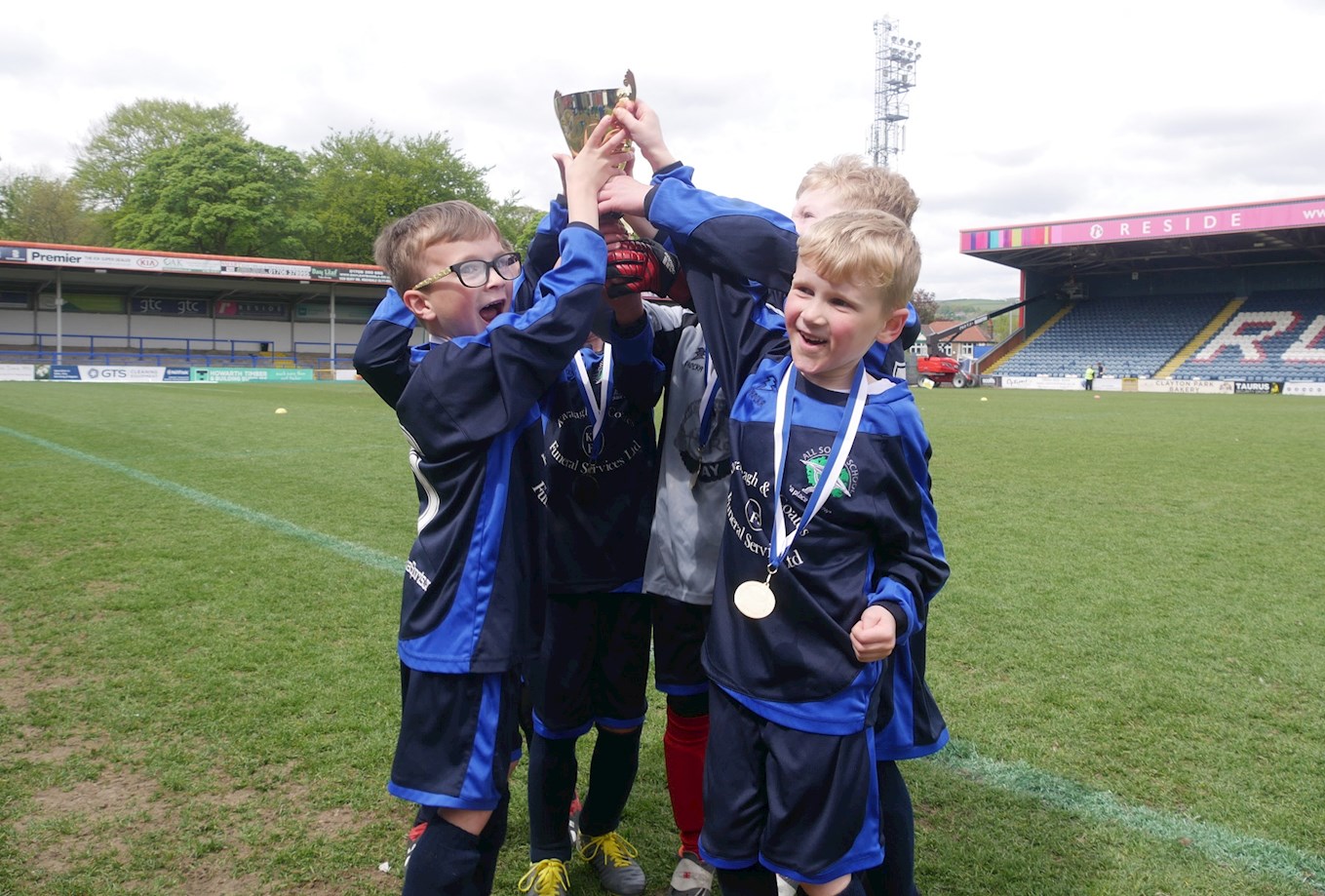