Rochdale Football Club and the Dale in the Community Sports Trust were proud to support Level Playing Field Weeks of Action at Saturday’s game against Shrewsbury Town.

The Club’s Ability Counts Team watched the match against the Shrews from the Smith Metals Family Stand and were invited to paraded around the ground at half-time. They received a fantastic reception from supporters.

In addition, Liam Whitehead (Team Captain and Manager) and Paul Gordon (players) had the important task of performing 12th man duties prior kick-off, which saw them present the match ball to the referee.

The lads compete monthly in the Greater Manchester Ability Counts Championship and train every Monday evening.

The Level Playing Field Weeks of Action initiative aims to shine a light on the good work that is done by EFL Clubs to improve the enjoyment and experience of disabled sports fans. 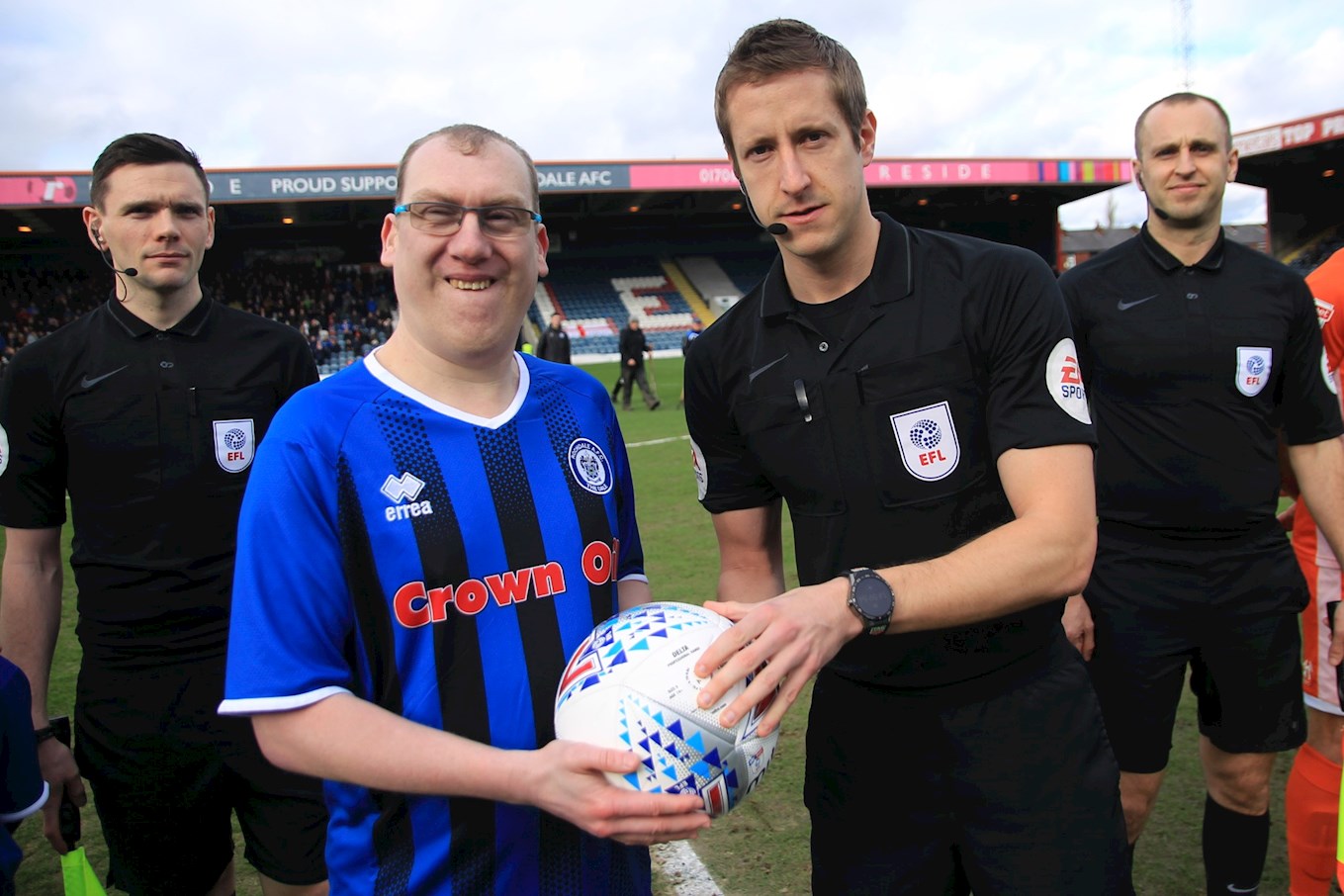