Rochdale AFC’s matchday programme – The Voice of Spotland – is back for the Saturday’s League One fixture against Fleetwood Town.

We start with a front cover image of midfielder Ollie Rathbone, who needs just one more appearance to reach 100 for the club.

Manager Keith Hill reflects on last week’s game at Peterborough and looks ahead to the rest of the season, while Editor Mark Wilbraham looks at the issue of terracing at football grounds.

I WISH I’D GONE – an article looking at Dale games the author didn’t attend, but wished he had! This time it’s a game from January 2014.

WHAT DALE WORE IN – we pick a season and look at the different kits Dale sported throughout the campaign. In this issue, we look at the 1994/95 campaign.

Action photos appear from the games against Plymouth and Southend, while Traveller’s Tales is back with a report on that trip to take on The Shrimpers. 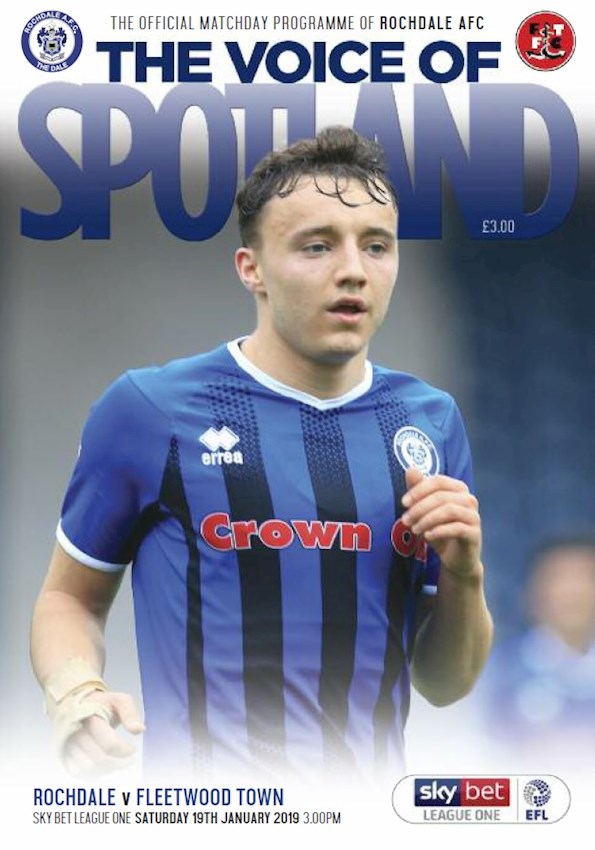