Rochdale AFC’s matchday programme – The Voice of Spotland – is back for Saturday’s League One fixture against Southend United.

We start with a specially designed front cover that is a modern twist on the cover used throughout the 1968/69 promotion season, which the club are celebrating on Saturday.

I WISH I’D GONE – an article looking at Dale games the author didn’t attend, but wished he had! This time it’s the whole of that 1968/69 promotion campaign!

WHAT DALE WORE IN – we pick a season and look at the different kits Dale sported throughout the campaign. In this issue, we go back to 1989/90.

GOLDEN YEARS – Dale’s promotion season has been chronicled in TVOS throughout this campaign and as well as looking at the final two matches, we also have more personal memories from contributor Ian Goodwin.

SCRUTATOR – Our long-serving columnist tells us about his visit to the Trust’s recent Curry Night.

We also have a special image in the centre pages to mark the 50th anniversary of the club’s first-ever promotion.

Action photos appear from the games against Sunderland, Accrington and Portsmouth, while Traveller’s Tales is back with a report on that short trip to the Wham Stadium. 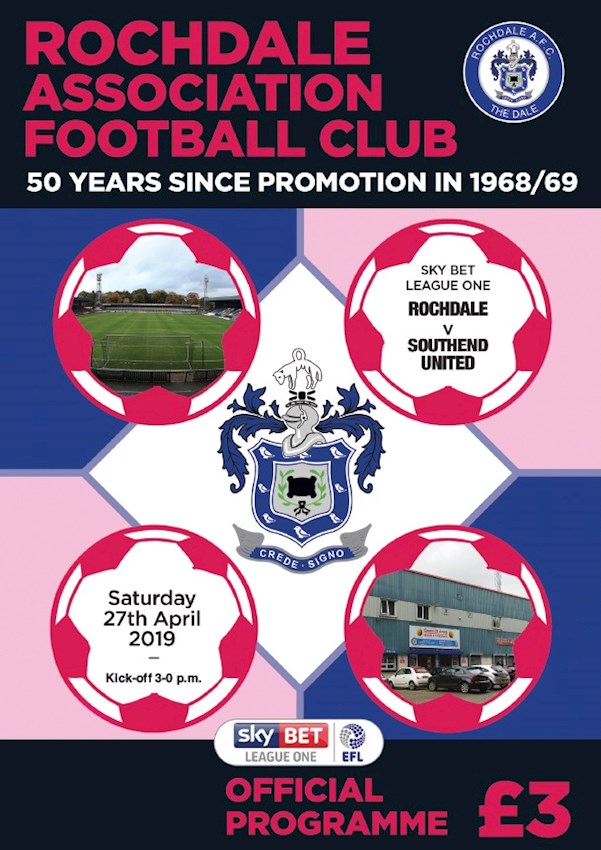