Rochdale AFC’s matchday programme – The Voice of Spotland – is back for Tuesday’s Checkatrade Trophy tie against Bury.

The reduced 32-page programme covers both of Dale’s home games in Group B, with sections dedicated to Bury and Leicester City.

The Shakers’ squad is profiled and we look back at previous meetings between Dale and Bury in this competition.

Leicester’s U21 squad is also profiled and we recall the only previous time a team representing The Foxes has appeared at the Crown Oil Arena.

We have action photos from the Carabao Cup tie at Grimsby and an article featuring seven players who have represented Dale, Bury and Leicester. Can you guess who they are?

All this and more will be in Tuesday’s edition of The Voice of Spotland, on sale for £2.00 in the Club Shop and around the ground. 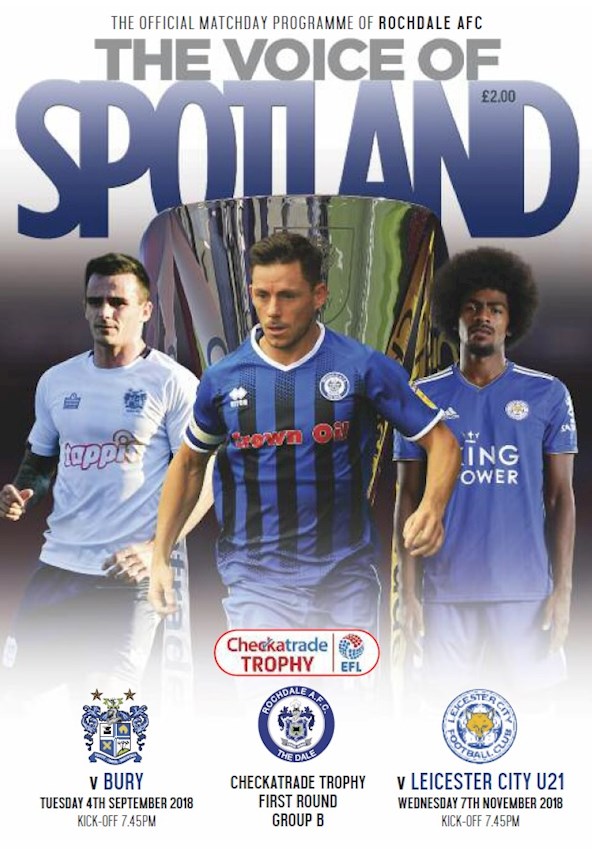