Grab your walking boots and take on a March for Men this June, in aid of Prostate Cancer UK...

As many of you will know, Prostate Cancer UK is the Official Charity Partner of the EFL. Their “Man of Men” logo sits proudly in the squad numbers of every one of our player’s shirts, while Dale Chief Executive Russ is an ambassador of the charity.

Prostate Cancer UK’s “Man of Men” represents everyone who wants to stop prostate cancer being a killer. It’s a badge proudly worn by Sky Sports presenter Jeff Stelling and his fellow pundits week in week out on Soccer Saturday.

To combat these latest stats the charity will be heading to a number of locations, including Manchester, on Sunday 10 June at Wythenshawe Park. Providing a choice of distances – circa 2k, 5k, or 10k - participants are encouraged to fundraise through sponsorship in their own bid to beat the disease.

Tony Collier, aged 60 from Timperley (pictured below), says: “I was diagnosed with prostate cancer in May 2017. I had never been prompted to get tested for prostate cancer and didn’t have a family history of the disease.

"I’m a keen runner and completed the Paris and Manchester marathons last year, and shortly after I had a pain in my groin which wouldn’t go away. I went to the doctor who though it might have been osteoporosis, but after a few scans and a blood test I was diagnosed with prostate cancer. I was devastated, especially as I was told it was terminal and the cancer has spread throughout my bones.

"Since my diagnosis I’ve been spending more time with my grandson and I’ve also become an awareness volunteer for Prostate Cancer UK. I’m planning to take part in the Manchester March for Men because I want the money raised to go towards a proper screening programme. I’d encourage people to come along and help us raise awareness.”

If you’re interested in joining a March for Men and putting your best foot forward, then visit Prostate Cancer UK’s website at www.prostatecanceruk.org/marchformen to find out more. 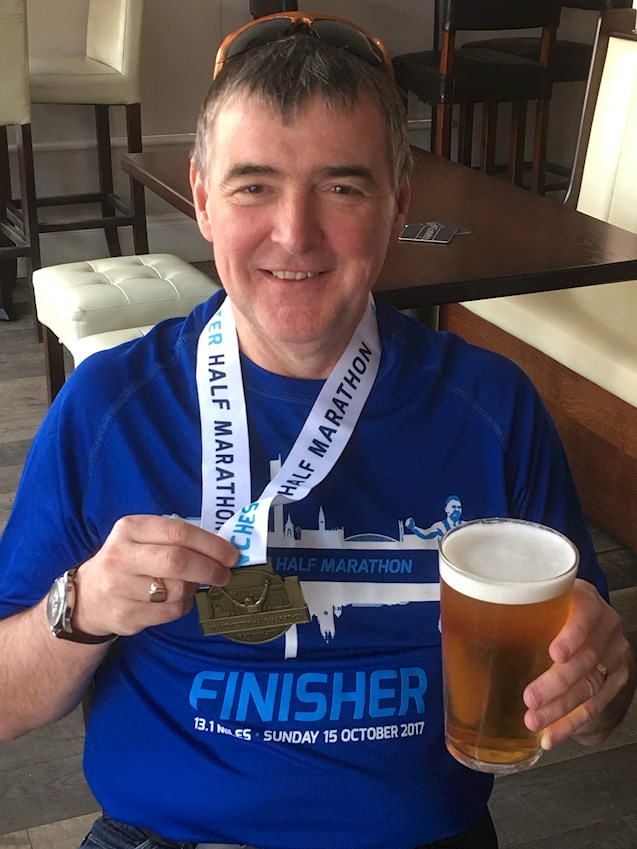