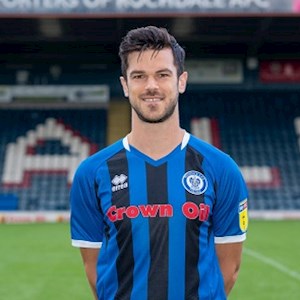 Jimmy is best described as utility player, who is comfortable playing in a number of positions.

He joined Dale on a short-term deal towards the end of last season, with his form prompting Brian Barry-Murphy to offer him a new two-year contract in the summer.

The 28-year-old started his senior career at Wexford Youths, before moving to England, where he signed for Exeter in August 2011.

Keohane made nearly 90 appearances for The Grecians, but spent most of the last two seasons at Cork City, having joined them from Sligo Rovers. He was a member of Cork squad that won the Irish league and cup double in 2017.