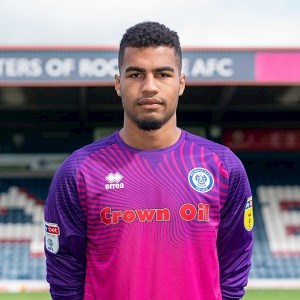 Robert is a goalkeeper who is with Rochdale on a season-long loan from Brighton & Hove Albion.

Standing at 6ft 6ins, he started his career with Levante’s Academy, before moving to England to link-up with The Seagulls at the age of 17.

Sánchez signed his first professional contract at the Amex Stadium in June 2015 and went on to pen a new three-year deal with the club last April.

The 21-year-old spent the first half of last term on loan at Forest Green Rovers, where he made 17 appearances before being recalled by his parent club to link up with the first team.