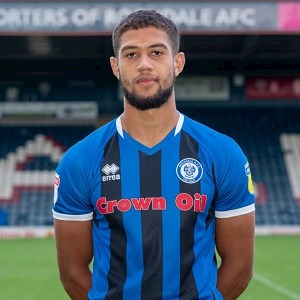 Rekeil is a forward who has joined Dale on a season-long loan from Championship club, Huddersfield Town.

The 21-year-old was with Dale on a similar basis in the second half of last season, although injury problems restricted him to only six appearances in that spell.

Rekeil progressed through the ranks at the John Smith’s Stadium, but is yet to play a senior game for The Terriers.

He had loan spells at Wrexham and Colchester in the 2016/17 campaign and spent the first half of 2017/18 with Port Vale.

Rekeil then returned on loan to Wrexham early last season, scoring five goals in his time in North-Wales.