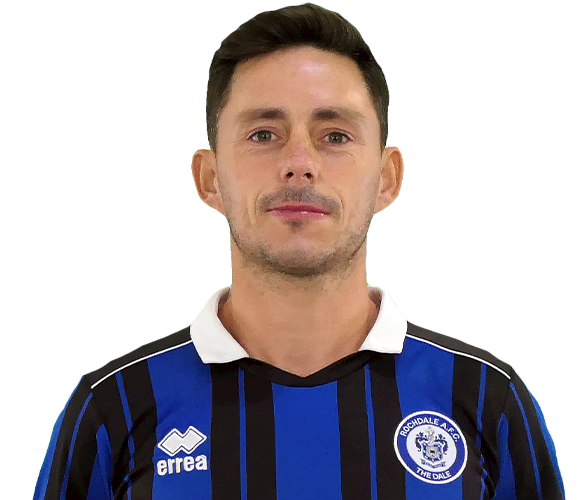 Ian is a forward who joined Dale on a free transfer in July 2022 after being released by Salford City.

The move sees ‘Hendo’ return to the Crown Oil Arena two years after he left the club when his contract wasn’t renewed as the Covid-19 pandemic took hold.

Ian had scored 126 goals for Dale at that that time and he started this season needing just four more to overhaul the club’s all-time leading scorer, Reg Jenkins.

Initially with Norwich, Henderson made almost 80 first team appearances for The Canaries, before joining Northampton in July 2007 following a six-month loan spell at Rotherham.

He remained at Sixfields Stadium for 18 months and then played for Luton and in Turkish football, prior to signing for Colchester in January 2010.

Ian hit 11 goals for The U’s in the 2010/11 campaign, including home and away winners against Dale, and then scored again at the Crown Oil Arena for Colchester in October 2011.

All told he netted 26 times in 130 outings for United, but left the Essex club early in 2013 after manager Joe Dunne oversaw a shake-up of his squad.

Brought to Rochdale on a short-term deal by Keith Hill, Hendo immediately made a big impression and signed an extended contract at the Crown Oil Arena during the summer.

He was one of the most consistent performers in Dale’s 2013/14 promotion campaign, missing only one game and scoring 11 goals, including several ‘Goal of the Season’ contenders.

Ian bettered this in League One in 2014/15 with 22 goals as Dale enjoyed their highest-ever league finish.

Continuing to reach double figures in every full season he was with the club, Henderson also began this campaign having made 343 Dale appearances, with only three more needed to take him above Graham Smith into second place in the club’s all-time list. 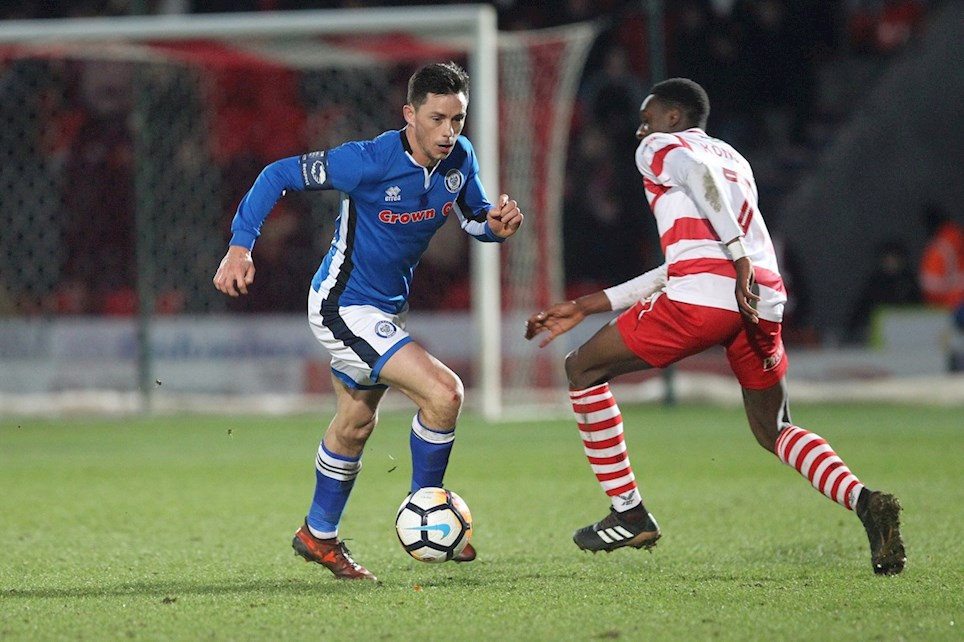 
Captain Ian Henderson told iFollow it was the team’s work ethic which secured the 1-0 Emirates FA Cup victory over Doncaster Rovers on Saturday. 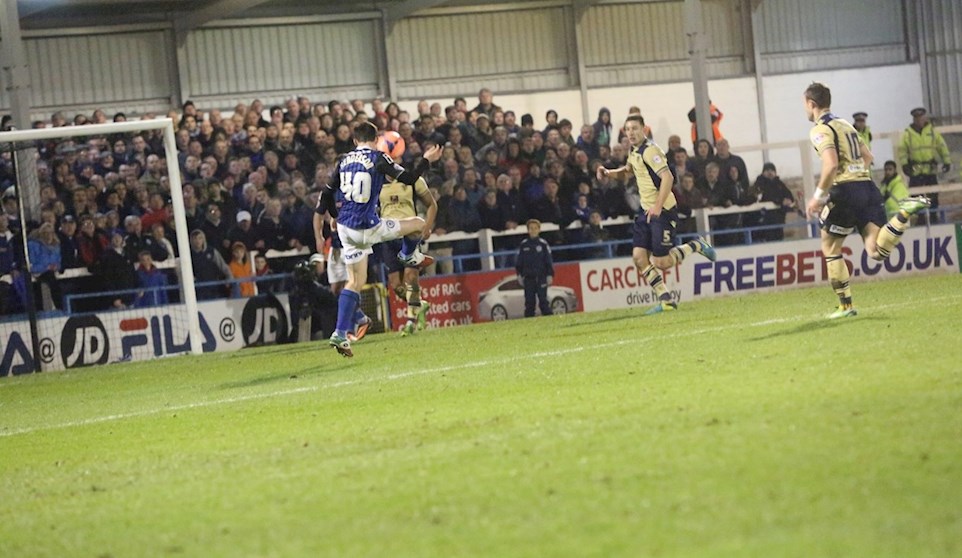 There’s A Magic To The FA Cup – Ian Henderson


Captain Ian Henderson says he has been “obsessed” with the FA Cup since he was a child. 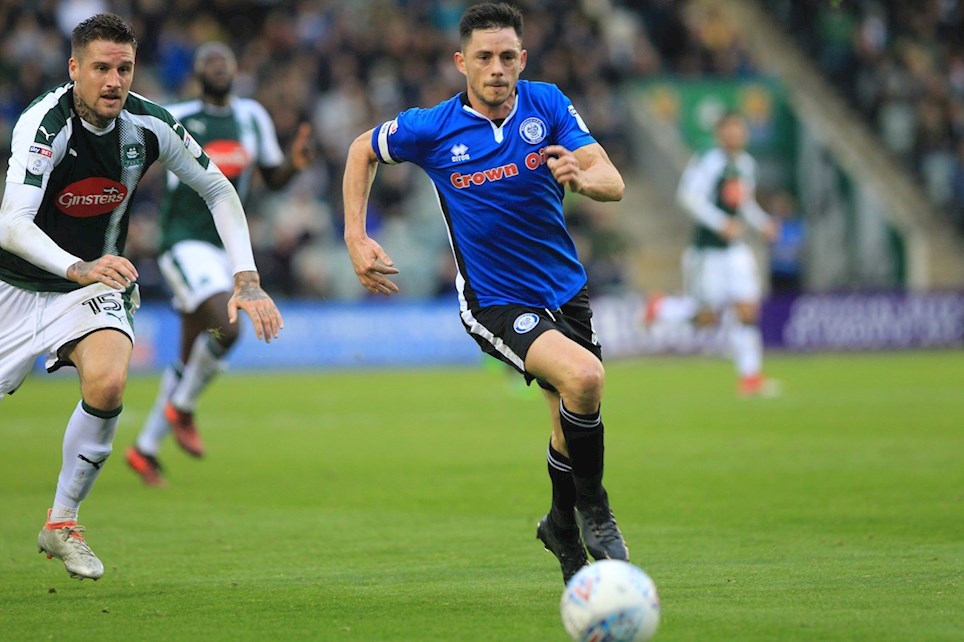 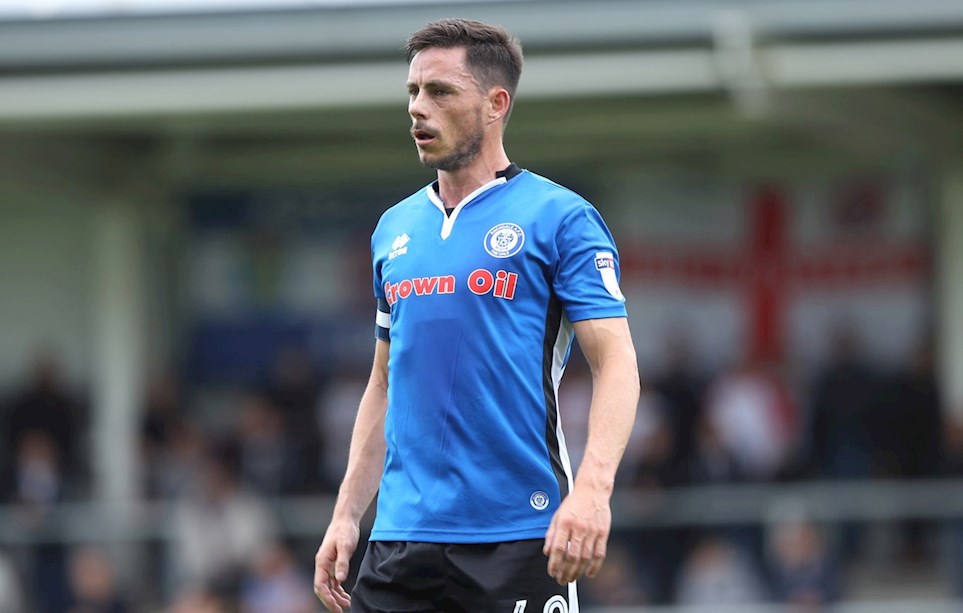 
Rochdale Football Club is delighted to announce that Ian Henderson has signed an extension to his current contract.