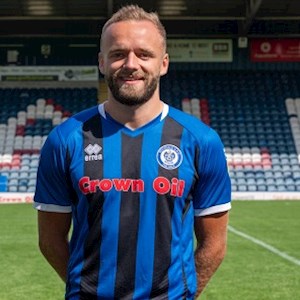 Ryan is a right-sided player who can operate in both defence and midfield.

After growing up and playing youth football in Belfast, he joined Premier League Club Liverpool when he was 16.

In 2016, he joined Oldham Athletic, where he spent two seasons before opting to stay in League One with Blackpool in the sumer of 2018.

He joined Dale for an undisclosed fee in January 2019, on an 18-month contract.

McLaughlin is a full international, having been capped five times for Northern Ireland.