Manager Robbie Stockdale on Dale’s late 4-3 defeat to Bristol Rovers, a game where the Gas came from behind, scoring four second half goals, to win it, after Rochdale had led 2-0 going into the break.

“I would have been really disappointed to have drawn it, so to lose it in the manner that we did isn’t good enough on our part. I thought the players, performance wise, for the main, were very, very good.

“I thought the game plan worked - we should have scored more goals with the opportunities that we had. Every goal that you concede is preventable, in my view, and some are more preventable than others, and we did gift them a couple I think. Their first goal is offside, mind.

“It’s a difficult one because I still come off the pitch very disappointed that we haven’t got the result but pretty pleased with lots of aspects of the performance and if we’re a team that everybody tells me that has got nothing to play for, which I don’t buy into, then it proved today [that wasn’t the case]. The players were battling, they were running and fighting for every scrap out there.”

He continued: “I was pleased [at half-time] but we should have scored more goals. We should have come in having scored five - it could have been 5-2 at half-time. I know that sounds really daft but on the reflection of the game that’s what it should have been like. We’re down to the bare bones in terms of players - we’ve got six or seven who would be classed as senior players missing - so the players that are out there at the minute are giving me everything and I can’t fault them today.”

Luke Charman opened his goal scoring account for the club, netting a brace to put Dale 2-0 up.

“I’m really pleased. Luke has needed those, like any striker.

“I thought his general play was very good as well. Luke has been getting closer and closer so it was great to see him get his first goals. The first one was an excellent finish, because you’ve got a lot of time when you go through one-on-one with the goalkeeper like that. It has taken him a long time to get up to speed and think now you’re seeing the benefits of that.”

Ethan Brierley was recalled from his loan spell at Spennymoor Town on Friday and went straight into the starting eleven for the fixture at the Crown Oil Arena.

“We’ve had a development plan with Ethan. We wanted to play him a little bit more but the team was struggling at the time and I didn’t think it was quite right, and my experience of working with other young players in the past has proven that. His loan was really successful and it was men’s football at a decent level. He’s firmly in our thoughts and moving forward, he’ll build on that and get stronger and better.”

Stockdale had to bring goalkeeper Jake Eastwood in on an emergency loan for the match from Championship side Sheffield United, after Jay Lynch joined Joel Coleman on the injury list and Brad Wade was unavailable.

“We had a situation where all of our senior goalkeepers are either injured or unavailable and you can’t just run with the youth team goalkeeper because if he gets injured or goes down ill overnight, then what do you do?

“Sheffield United have helped us out with that one, and he met up us with yesterday. It’s just one of those weird situations that we had. And although he conceded four, I don’t think there was many that you could point at him for.” 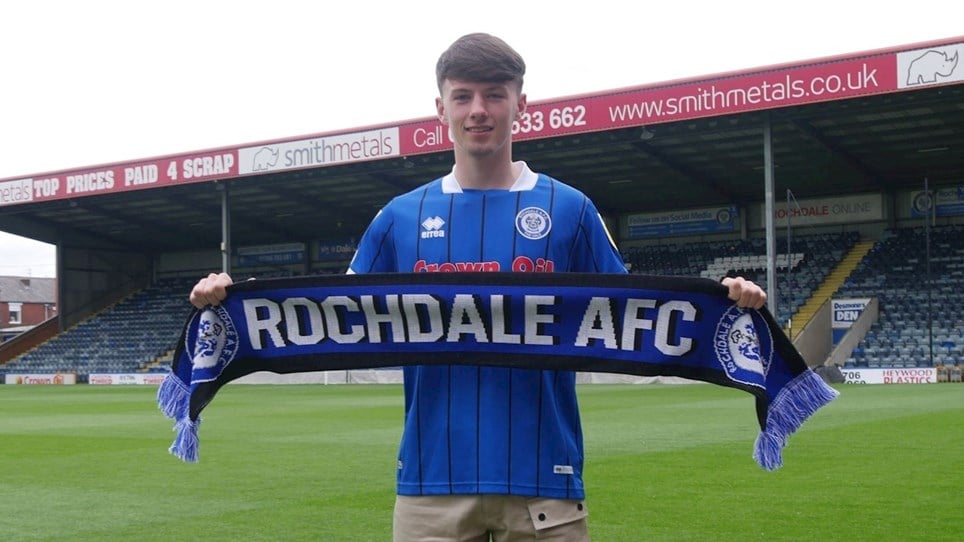