As we look forward to the 2022/23 season, the Board of Directors and I are pleased to officially launch our season cards for next season where the club will compete in EFL League 2 and all associated cup competitions.

Season Cards give discounted access to all of our home EFL League 2 games and priority access for tickets for all cup competitions. We will even have executive Season Cards that include cup games within the price.

Following an unprecedented year of activity off-the-field for the club following the events of the EGM on 1st June 2021, the future sustainability and successes of our club in our town are a now a collective responsibility.

Whilst the 2021/22 season will go down in the history of the club for many non-football reasons, we end this season as a fan owned club with over 500 different fan shareholders, including both the Rochdale AFC Community Trust and Dale Supporters Trust who are our largest recognised shareholder.

I promised from my first day as Chairman that we would be a club focussed on our supporters and we are very proud to be a sustainably run club set at the heart of the local community.

Our motivation next season is to continue serve that community as best as we can as an EFL member club. The official launch of 2022/23 Season Cards is the next step in that journey.

My call to all supporters is to surpass 2,500 Season Card holders again for 2022/23. There is something for everyone and every budget available.

Due to the timing of the 2022 World Cup, next season starts earlier than usual. Fixtures will be released on Thursday 23rd June 2022 and our first game will be five weeks later on Saturday 30th July 2022. Our pre-season games will be announced in due course and are expected from early July.

Turning to our 2022/23 pricing strategy, the Board of Directors have taken the decision to freeze all Season Card prices at the current season’s level. As a fan owned club, we truly understand individual financial pressures that all our supporters face and we want as many fans to attend as many games as possible next season to create the best possible matchday atmosphere.

We are freezing prices for supporters against the backdrop of rising costs but with greater emphasis on our commercial activity revenues achieving the levels of EFL benchmark standards. Many of our sponsors are local enterprises and I would encourage you to support them as they in turn support the club.

The club is also offering supporters the opportunity to pay for their Season Card in instalments via V12 Season Card Finance. There is a small administrative fee for this service on top of the season card cost, but this does allow greater flexibility and budget planning if that is desired.

At April 2022, the club has a stable financial platform and cash reserves to be well positioned for next season. We have returned during 2021/22 to being a properly and prudently run football club and aligned our financial reporting year to 30th June alongside many other EFL clubs. The audited results for the year ended 30th June 2022 will be finalised later in the calendar year and then filed within the appropriate Companies House deadlines.

As we plan for next season, the club is working hard to maximise all available commercial revenue opportunities whilst simultaneously controlling and eliminating many unneeded costs. Every member of the Board of Directors acts for the club on a pro-bono basis and as a fan owned club, we seek to achieve break even or better financial result in each operating season.

Subject to final league positions, the club expects contingent transfer fee receipts before the end of the current financial year from three clubs for previously divested players following the achievement of performance-based milestones for those players and clubs. Those receipts will be deployed into the playing squad for next season.

Our financial approach means all revenue from our Season Card sales and commercial activities is invested as far as possible into our playing squad.

I know it sounds an obvious thing to say, but the more Season Cards that are sold by 30th June 2022, the stronger the position so that the Board can commit additional revenues on players for next season.

The club has no need to sell any players this summer but that does not mean there will not be any departures. No player will ever be sold by this Board of Directors until the valuation of that player is met by the buying club. That valuation includes the provision of relevant long-term performance-based payments and future sell on clauses.

On behalf of the Board of Directors, I would like to thank everyone for their support throughout this season.

Next year is going to be an exciting season and I hope that you will commit your support to the club and Robbie Stockdale by purchasing your Season Card and spreading the word around the people of Rochdale and the wider North Manchester area that this club is owned by the fans and operated for the fans.

Have a restful summer break and I look forward to seeing you next season. 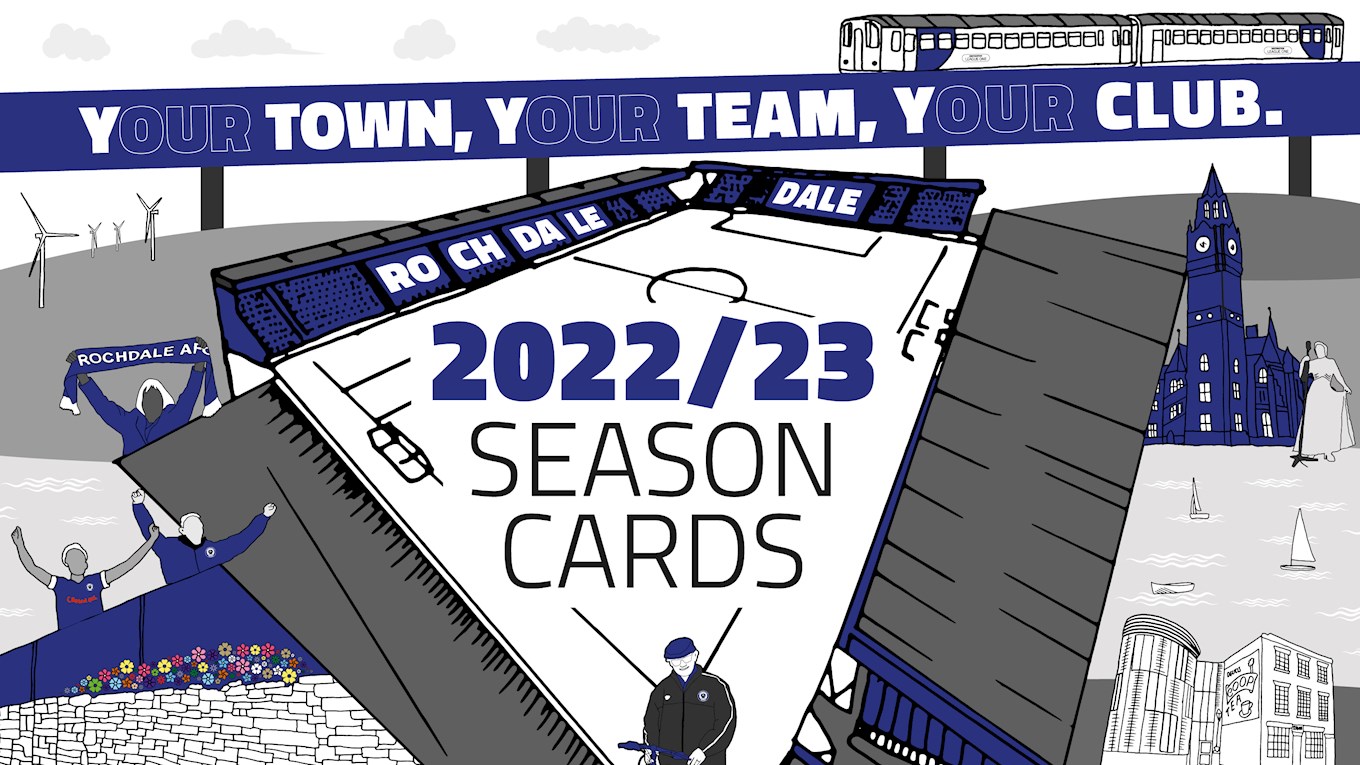