The statue of superfan David Clough has arrived and is now in place at the Crown Oil Arena!

'Cloughie', a lifelong fan who sadly passed away last year, raised over an estimate half a million pounds for the club as a Goldbond agent of over 25 years. Upon his passing, David also bequeathed his entire estate to the club.

In memory of his gesture and support of the club, Dale fan Mark Cryer set up a JustGiving page to raise funds to commission a statue of Cloughie as a lasting tribute.

The target of £10,000 was achieved in less than two weeks, allowing work on the statue to commence. Now, the magnificent statue is in place, as pictured above.

The club will be opening its gates on Saturday morning (18th September, 9.30am-11am), before the official supporters' coach departs for Mansfield Town, to allow fans see the statue for the first time.

Supporters should come to Exit Gate 1 and walk along the front of the Main Stand. 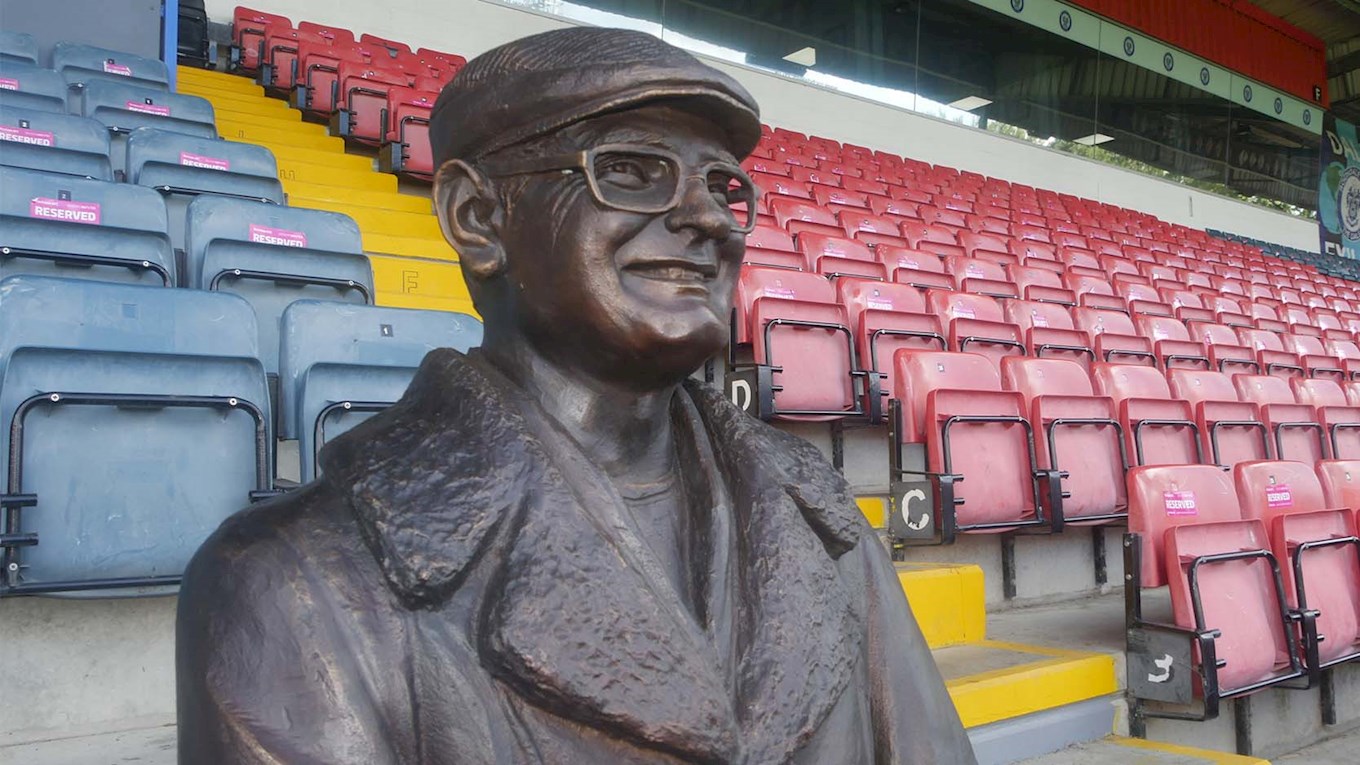