A late comeback from Dale topped off a brilliant display to beat the league leaders with a brace from substitute Peter Thomas.

The opening twenty minute was a tightly contested game within the middle of the park as neither side were able to get a foothold of the game and create any chances worth of note.

However, the Dale grew into the game and on the twenty-five-minute mark had a huge chance when a cross found Kyffin on the edge of the six-yard box, who headed the ball into the keeper’s hands.

The rest of the first half was controlled by Dale with a large amount of possession creating some chances, but they were just unable to break the deadlock and the sides went in at the half-time whistle with the score line goalless.

The visitors came out unchanged at the break, but Dale made one substitution with Anderson being replaced by Thomas.

Fifteen minutes later, Salford found the opener through a counter attacking move finished off with a low effort that found the bottom left corner, putting the visitors ahead against the run of play.

Just before the seventy-minute mark, Dale made another change in an attempt to find a way back into the game, which saw McNair brought off and replaced by Kibonda.

Six minutes later, substitute Thomas was shown a yellow card after he clipped his man to prevent the counterattack further developing.

Moments later, Dale continued to apply the pressure with Kyffin’s brilliant half-volley effort, after he latched onto a loose ball, rattled against the post and bounced out of harms way.

Seventy-six minutes in, Kershaw was shown a yellow card for a late challenge.

Finally, eighty minutes in, Dale got what they deserved and found an equaliser after the keeper attempted to clear the ball but instead smashed the ball against his own defender, rebounding back towards the goal and allowing Thomas to tap into an empty net.

Then, two minutes before the end of normal time, Dale found a winner. A brilliant counter attacking move from the opposition’s corner where Kelly’s long ball found Thomas, who fed a lovely ball into Cunningham. He returned the favour by standing the ball up to the back post where Thomas converted from close range to grab his second of the game and complete a wonderful turnaround.

Professional Lead Development Coach Chris Brown praised the positives but insists there are still areas to work on.

“I thought, overall, one positive is that we won the game as we’ve been needing that as a group.

“And, in the second half, our levels dropped a little bit, conceded a sloppy goal which the lads know is not up to their standards, but we did see a lot of character which was evident from our life skills session on Thursday where Joe Thompson spoke about that to the lads about continuing to do the right things and have the right attitude.

“Overall, there’s positives but still areas to work on and hopefully we can implement that for our next game against Accrington.

“We want to carry on being positive on the ball and trying to stick to our principles by switching the ball, moving the ball quickly through the final third and creating chances. Our application in and out of possession today was more evident to see which is good and a positive to take forward.”


Rochdale secured a hard-fought point on the road on Saturday, from a 1-1 draw with Carlisle United in Cumbria, after Dale’s early opener was cancelled out by a second half equaliser. 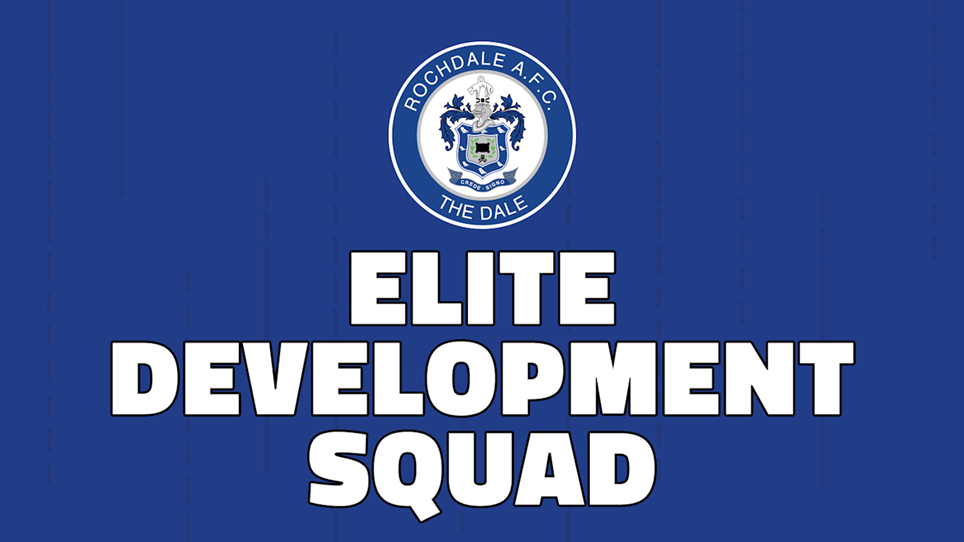 
Rochdale’s under-18s bowed out of the FA Youth Cup at the first-round stage on Tuesday evening, following a 2-1 defeat to Guiseley AFC.