Ten man Rochdale fell to a 2-0 defeat against promotion chasing Hull City on Tuesday night, despite a spirited performance at the KCOM Stadium.

A Malik Wilkes first half strike and an own goal in the second half secured the three points for the hosts, in a game where Dale were reduced to 10 men with 12 minutes remaining, after Conor Shaughnessy was shown a straight red card.

There were three changes to the side that lined up against Burton Albion at the weekend. Gabriel Osho, Jimmy Keohane and Conor Grant came in for Jimmy McNulty, Matty Done and Kwadwo Baah who moved to the bench.

The opening exchanges were evenly matched as the two sides sounded each other out in an attempt to get a foothold on the game and Dale tested first, on nine minutes.

After good work to win the ball back on the edge of the area, Stephen Humphrys got inside the box before smashing a shot at goal from a tight angle, striking high over the bar.

Rochdale enjoyed plenty of the ball before Gavin Bazunu made his first save of the game with 20 minutes on the clock, holding a Keane Lewis-Potter curling effort from 20-yards.

And the home side went on to break the deadlock four minutes later. After being picked out by a cross field ball, Wilks cut inside before striking into the bottom corner from the edge of the area, with his shot squeezing in at the post and beyond and outstretching Bazunu.

Shortly after the half hour the Dale ‘keeper pulled off a fine fingertip save to deny a Jacob Greaves header after he’d got on the end of a Callum Elder cross, as a late offside flag went up.

Rochdale finished the half strongly and late on Humphrys battled to get in on goal before seeing a shot from just inside the area deflected over the bar for a corner. He glanced a header wide of the upright from the resulting corner.

In stoppage time, the Dale forward came within inches of meeting a dangerous Keohane ball into the box, and after going on to win a corner, Osho got a head to it at the back post, knocking it down to Conor Shaughnessy, who couldn’t his shot away under pressure, bringing an end to the half.

Rochdale started the second half brightly but resolute Hull City stood firm to limit clear cut opportunities, despite long spells of pressure. Most notably, Conor Grant had a powerful effort from the edge of the area blocked, shortly before the hour.

Soon after, the hosts had their first chance of the second half when Elder got in goal, but a brave Bazunu was out quickly to claw away the ball from the full-back’s feet, seeing it behind for a corner.

But they went on to double their advantage on 69 minutes through an own goal. A cross from the right inadvertently came off Osho and crept in at the near post.

Five minutes later they had an opportunity to extend their lead further as Lewis-Potter sent a dangerous delivery across the face of goal for Wilks, who threw himself at it but couldn’t make a connection and it went behind.

Dale’s first change of the game followed, as Paul McShane, making his 400th club career appearance, made way for Baah.

Rochdale went down to 10 men moments later, with 12 minutes of the match remaining, after Shaughnessy was shown red for a challenged on Reece Burke.

Soon after, Jimmy McNulty replaced Alex Newby, while Done later came on for Keohane, in Dale’s second and third substitutions of the evening.

With a minute of the 90 minute remaining, Bazunu made a great save to claw away Wilks' close range effort, before substitute Tom Eaves fired over on the rebound. 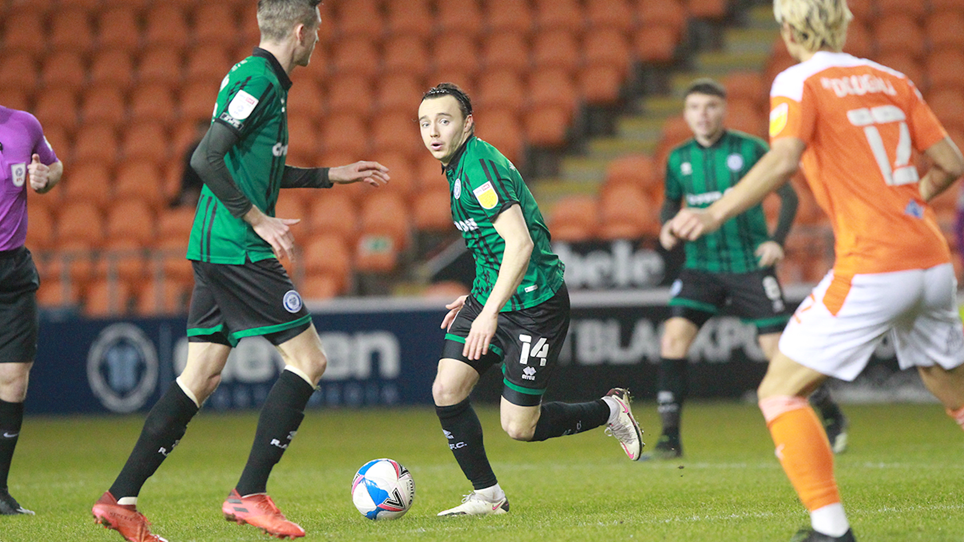 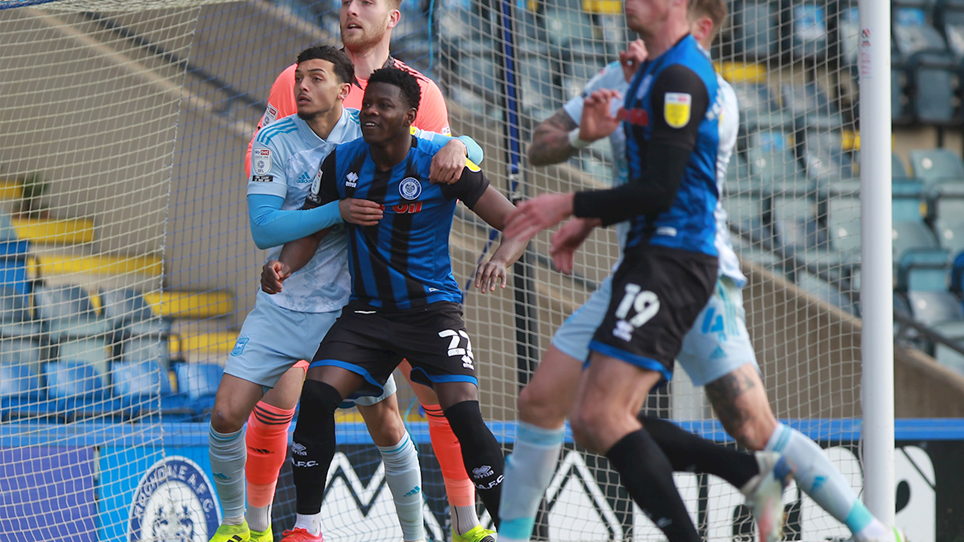 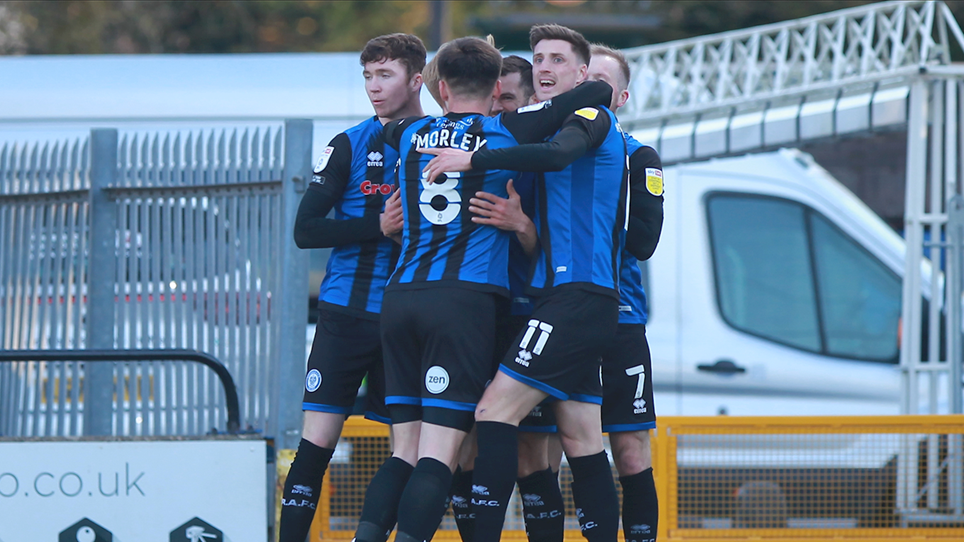 
Rochdale secured three valuable points on Tuesday night with a well-deserved 2-1 win over Swindon Town at the Crown Oil Arena. 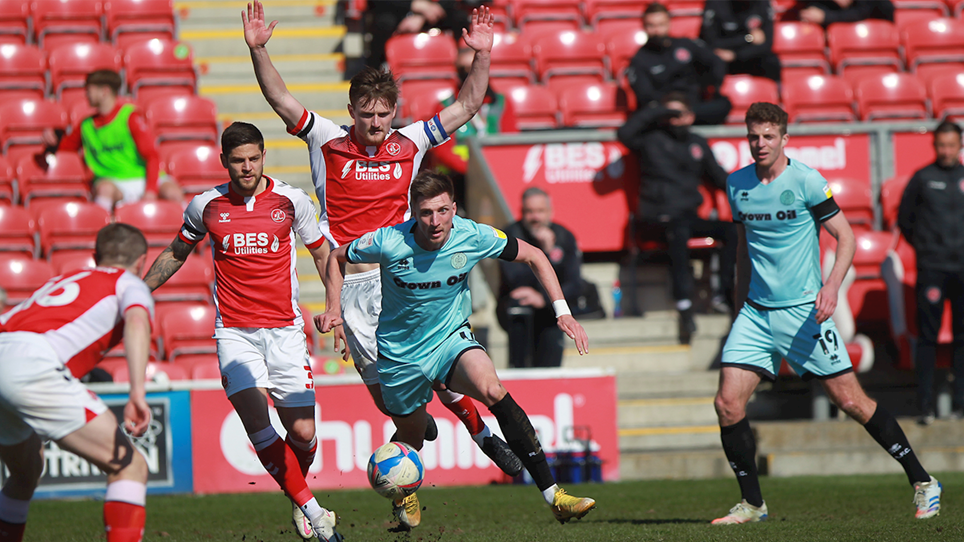 
Rochdale fell to defeat on the road on Saturday, losing 1-0 to Fleetwood Town at Highbury Stadium. 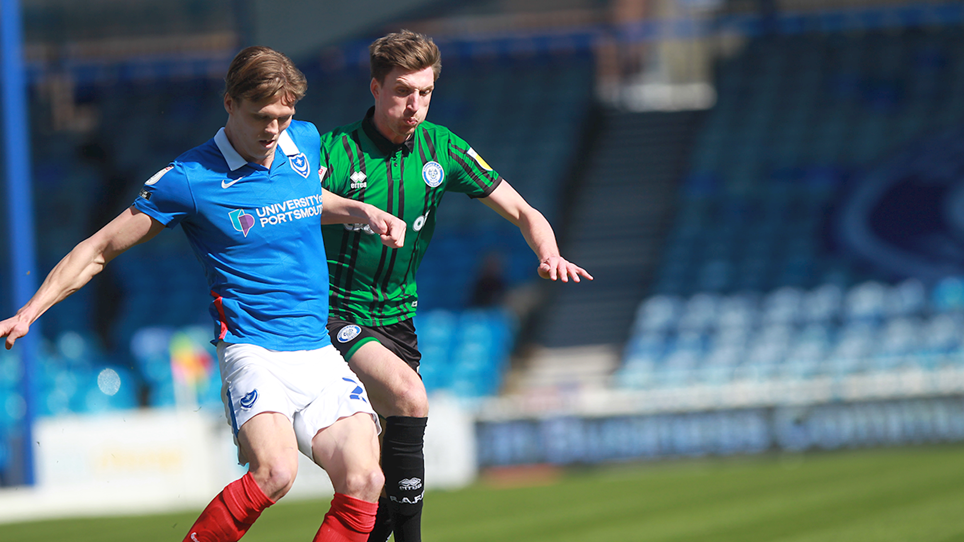 
Rochdale fell to a defeat on the South coast on Good Friday, losing to 2-1 to Portsmouth at Fratton Park.