After 33 years of service to Rochdale Football Club, Rochdale AFC Community Trust Manager Keith Hicks has retired from his role.

Keith, who had played for Dale between 1985 and 1987 before retiring through injury, returned to the Club to join the Community Trust in its infancy, just a month after it began officially operating, on October 5th 1987.

The first session took place at High Birch School with just two bags of footballs, bibs and markers, a long way away from the current set-up that Keith has grown it into today.

The Trust now engage with hundreds of people every year, including with numerous community groups delivering in health, education, inclusion and sports participation and more recently Covid-19 related activities, as well as continuing their long association with local primary schools.

On Friday, Siobhan McElhinney, who worked alongside Keith for nearly 20 years of his tenure, assembled his close family, a few work colleagues and friends on the Crown Oil Arena car park, for a surprise socially distanced presentation. He was presented with a one-off gift - a custom-designed keepsake, made from one of the bricks taken from the old 5-a-side pitch when it was demolished!

Due to Government guidance around Covid, unfortunately we were unable to give him the send off he deserved in front of supporters, however, his retirement will be marked once we are in a position to do so and fans can safely return to the Crown Oil Arena.

Mike Evans, the EFL Trust’s CEO, said: “On behalf of everybody at EFL Trust, I would like to pass on my very best wishes to Keith on his well earned retirement. It really is the end of an era, as Keith is the longest serving Community Manager amongst the 92 professional football clubs in England and Wales.

“Keith’s commitment and dedication to the game has been extraordinary and I feel privileged to have worked alongside him during my involvement over the (relatively short!) last 13 years.

“We will sorely miss Keith’s positive contribution to the EFL Trust network and his wicked sense of humour that has brightened many work and social gatherings over the past thirty odd years. Hopefully we will get the chance to raise a glass properly in the very near future.”

The PFA’s Director of Corporate Social Responsibility, John Hudson, commented: “Keith has represented the Football Club’s Community Department with great distinction over the past 3 decades and deserves to be acknowledged and respected for his loyalty, leadership qualities and the positive change made within the local Community.

“I remember with great satisfaction his ability to bring people from all walks of life together, breaking down barriers through inclusion and engendering a team spirit that others wished to follow. From the early days supporting schools with a bag of Footballs, a coaching badge and an enthusiasm to make a difference when the game was at its lowest ebb in the late 1980’s to the modern Foundation we see today, embracing; Health, Education, Inclusion, Equalities and Participation for all.

“I wish him every success for the future with the knowledge that he made such a difference to so many during his career.”

Rochdale Football Club Chief Executive, David Bottomley, added: “I can’t say anything that would be as eloquent as warm and deserved as the tributes paid by Mike Evans and John Hudson. So many people in Rochdale (and Oldham) know Keith as a former player but more importantly he has been the man behind our Community operation which has grown out of all recognition from its one man start, into helping so many people from so many different backgrounds enjoy life as well as sport.

“He has given outstanding service to the Community Trust operation that will be long remembered by so many people. On behalf of everyone at the club, I’d like to thank Keith for his unwavering commitment and dedication to Rochdale Football Club. We wish him nothing but a happy retirement.”

Keith was recently interviewed for an edition of the club’s official podcast - Inside the Arena. In it, he reminisces about his playing career and his time as Community Trust Manager. Click HERE to listen to it.

We wish you all the best for the future, Keith! Good luck in your retirement. 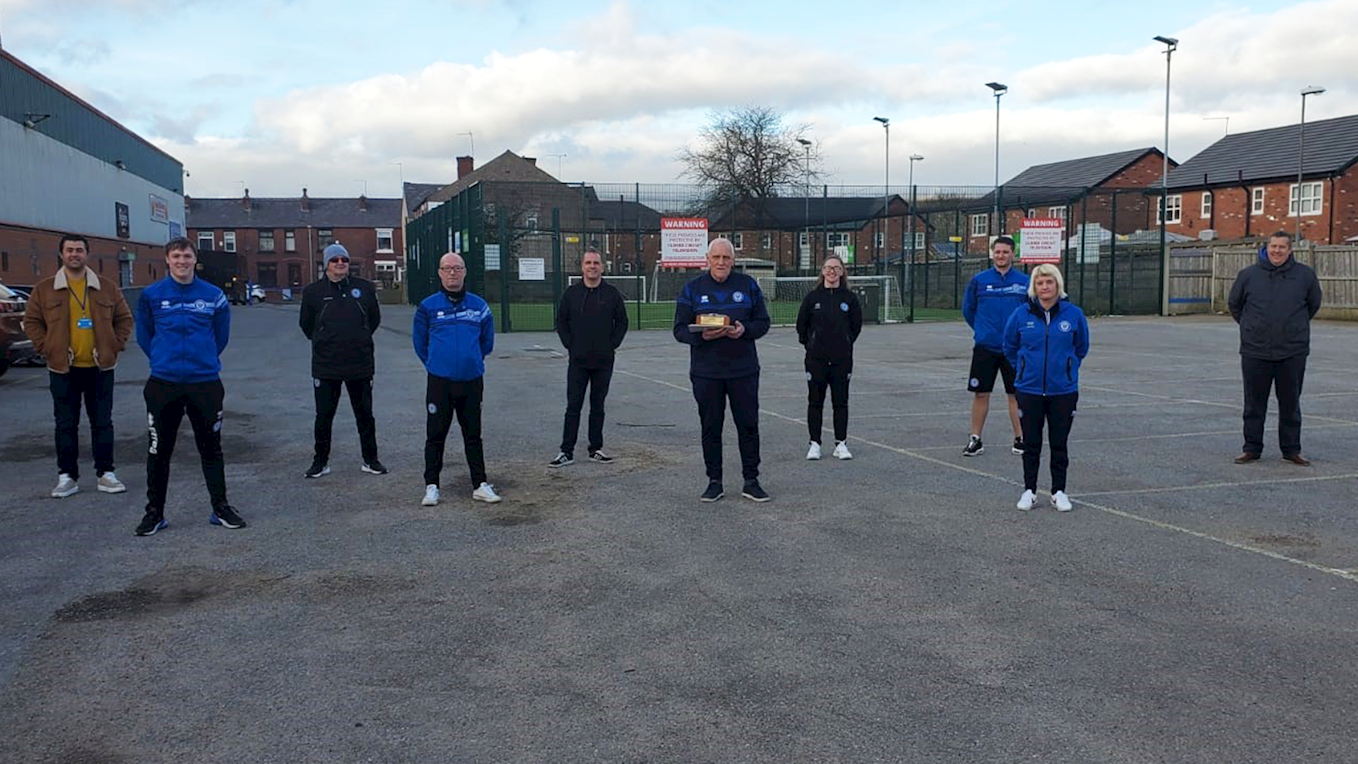