Calvin Andrew has finally received his 2019/20 PFA Community Champion award for League One!

The former Dale man was named as the winner in recognition of his support and services to the Community and Borough of Rochdale throughout the season.

Manager Brian Barry-Murphy said: “It’s important from my position to acknowledge how important a player he was on the pitch. His influence on the younger members of the squad and the forward guys overall was nothing but positive. He was amazing for us as a young staff forming the beginning of this group. If I’m being honest, we have probably missed him in that regard.

“He probably did more work off the pitch than you’ve ever seen from anybody in the community. That was genuine, because his motives there were to help people and to do better, and that isn’t always the case. People sometimes have an agenda about why they want to do things, but Calvin was completely genuine and from a place of real sincerity.”

Chairman Andrew Kilpatrick added: “Calvin Andrew’s Community Champion award is a thoroughly deserved and very fitting testament to a player who is a true Gentleman both on and off the pitch and who always put the needs of the Club and the wider Community above his own.

“He was unstinting of his time and a true exemplar of what it means to ‘give back’ in life. I, the Board and everyone at RAFC are delighted that Calvin’s efforts have been recognised so publicly.”

Unfortunately, due to COVID-19, the PFA Awards were cancelled, meaning Calvin was unable to pick up the trophy at the event.

Youngster Phalon McKenna presented him with his award following his one-to-one session on the new Kick Pitch at the Crown Oil Arena.

Calvin was also in the frame for the overall EFL Community Champion award, which disappointingly has also been cancelled.

However, Calvin is still a Champion in our eyes! 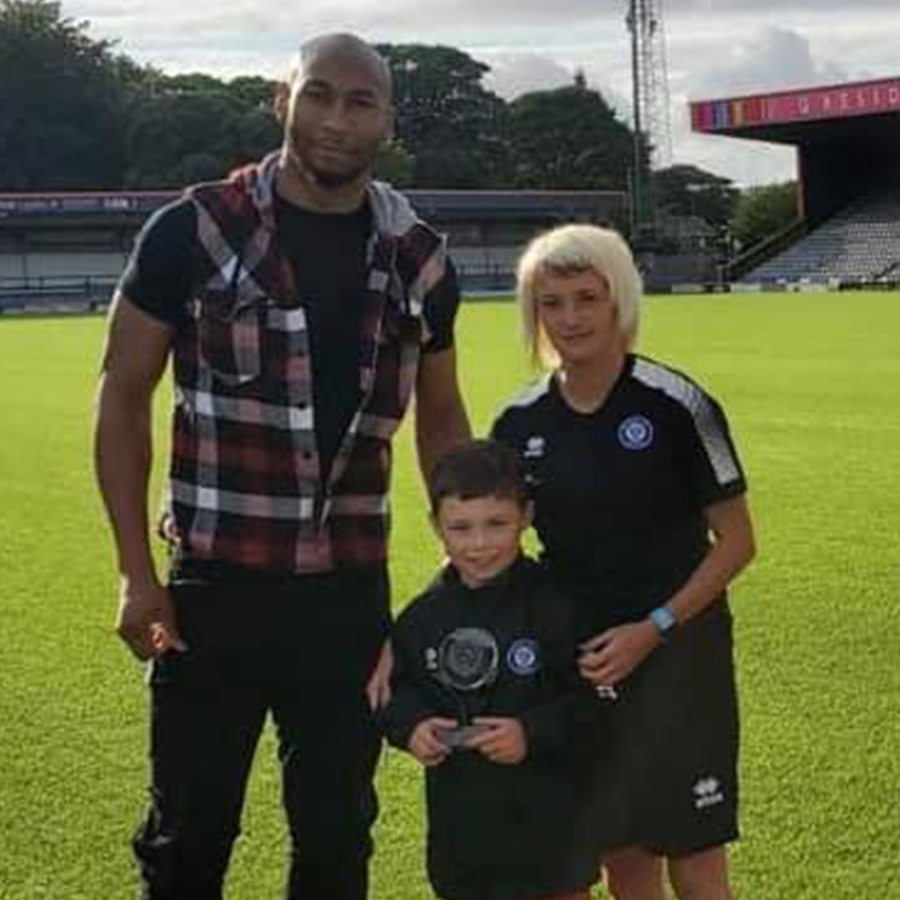