“I’m delighted for the lads,” said the Boss.

“It has been a great couple of weeks for us in terms of our performances. We’re really stretched in terms of our squad and trying to get through without established members of that [Eoghan O’Connell who was absent through illness and Paul McShane who missed out due to injury], so to come here and put on a performance like that is something that makes us all hugely proud.

“It reminded me of stages last season where we were on a difficult run with regards to results but our performances were really good and your squad is really stretched. You’re seeing established guys like Paul McShane and Eoghan O’Connell absent and you’re looking at Jim McNulty coming back into the fray and ending up coming off with cramp, and Haydon coming in after one day of training and being totally committed and in-sync with what we do, and that just fills me with pride really.

“It’s testament to the work the lads are putting in and not being distracted by results which can be difficult but continuously building on performances. We’re seeing incredible progress in terms of our physical output from the team and it’s now just a case of getting everybody back as soon as we can to make the squad as strong as we can and then those numbers of the squad won’t be a problem because hopefully we’ll have everybody fit if I can manage to do my job.”

BBM explains what pleased him most about the performance.

“The identity of the lads and the courage they showed in all aspects of the game. We started off really stylishly and on the front foot. We played some great football in the first half and had some great chances. To persist with that in the early stages of the second half was really encouraging for us because I thought we should have been in front at half-time.

“Similarly to Accrington, we grew into the game and scored and then in the end we had to defend resolutely and show a real determined side to our game. Our defensive characteristics were superb and we protected Gavin really well and limited Burton Albion to very limited chances.

“I thought we looked dangerous at all stages of the first half and I thought we would score and it was just great to get that goal to give the lads belief and that reward for their efforts, and then it was about trying to add a second and putting our stamp on the game. We couldn’t despite some good chances and then we had to weather the inevitable storm, but the only reason we were under pressure at the end was because we worked so hard to get in front and that was testament to the lads and a brilliant effort from everyone.”


Hear from Brian Barry-Murphy ahead of Tuesday night's game at Plymouth Argyle. 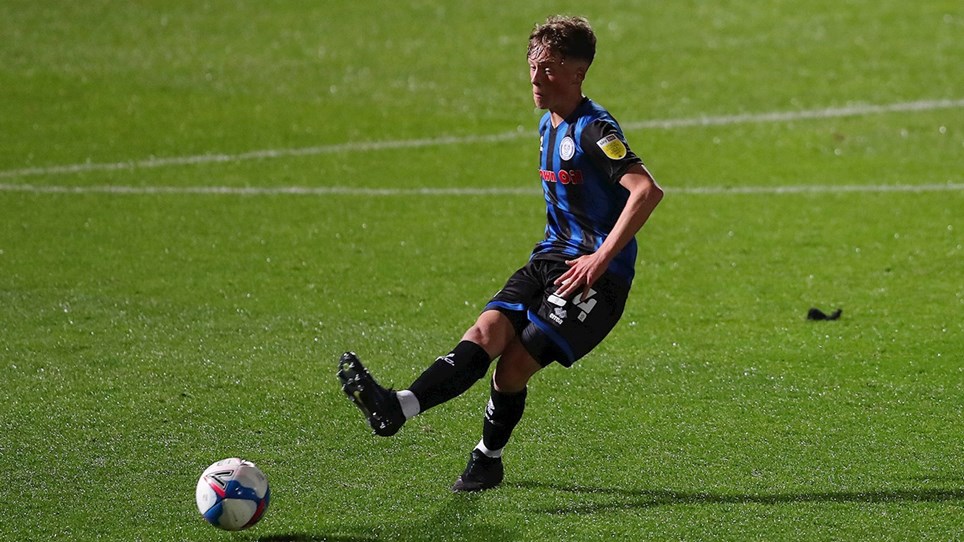 
Ethan Brierley spoke to iFollow after signing his first professional contract with the Club.