Dale earned a creditable 2-2 draw at home to Carlisle United on Saturday, showing great character to come back from two goals down.

Luke Nock scored for Dale from the penalty spot, with Louie Chorlton also on the scoresheet ten minutes from time to earn Dale a point.

It was the worst possible start for Chris Brown’s men, who were a goal down with just two minutes on the clock, when Keelan Leslie fired into the top corner from range.

Jordan Scanlon nearly provided an immediate response for Dale, but his shot saved by Isaac Robinson in the Carlisle goal.

Chorlton went close once more shortly afterwards, when his shot, which was heading for the top corner, was diverted behind by a Carlisle defender.

The Cumbrians doubled their lead just after the half-hour mark when Lewis Bell received the ball inside the area before squirming a shot in off the post.

Dale were given the chance to get back in the game on the stroke of half-time when Chorlton was tripped inside the area.

Nock converted from 12 yards to half the deficit going into the interval.

After the break, Dale had a claim for another penalty when Robinson clattered into Joe Wright inside the area, but the referee claimed there was no foul to the disbelief of the Dale bench.

Chorlton then found space in the Carlisle box down the right-hand side, but a goal saving tackle from Elliot Day prevented his shot from finding the back of the net.

Chorlton, who had threatened all game, eventually grabbed the equaliser, expertly taking Louie Clarkson’s pass in his stride before firing into the bottom corner to draw level.

The game ended all square, but Dale can be pleased with the way they responded to being two goals down.


The Youth Team were 3-0 winners over Rotherham United in the EFL Youth Alliance Cup on Saturday.


The Youth Team were 4-1 winners over Tranmere Rovers in the EFL Youth Alliance League last weekend.


The Youth Team will face Bolton Wanderers in the quarter-final of the Youth Alliance Cup on Saturday. 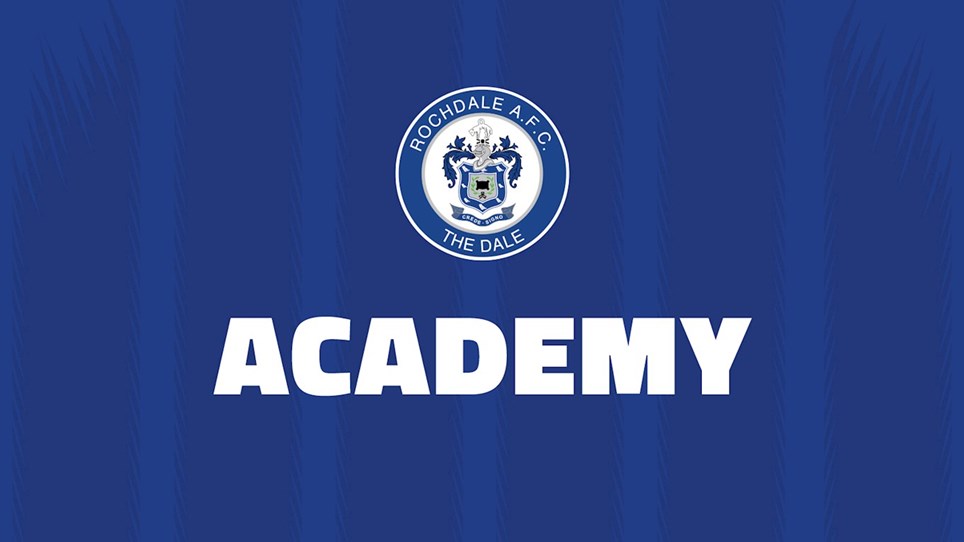 
Rochdale Football Club are looking for local families to provide a safe, warm and comfortable environment for our 16-18 year old apprentices who have moved away from home to pursue a football career.


Dale fell to a late defeat away at Morecambe on Saturday, losing 1-0 at Lancaster & Morecambe College.