Rochdale bowed out of the FA Youth Cup on Wednesday evening following a 3-2 defeat to Salford City at the Peninsula Stadium.

As the game looked to be heading to extra time, Djavan Pedro netted deep in stoppage time to win the tie for the Ammies.

The hosts had opened up a two goal lead through Ben Finley and Anton Smith, but Dale halved the deficit before the break, with Luke Nock scoring from the spot.

Five minutes from time, Joe Wright’s goal brought Dale level, but the home side hit back in the 94th minute to ensure progression to round two.

Kwadwo Baah was named amongst the starting eleven, which was his first outing since being sidelined with an injury in September.

There was an early chance for Rochdale, as they tested within a minute of kick-off.

Joe Wright’s delivery was parried away as far as Baah, who struck inches wide.

Smith put a low effort wide of Ben Chalton’s goal, before the hosts took the lead with an excellent strike on ten minutes. Finley cut inside before finding the top corner from 20-yards.

They doubled their advantaged ten minutes later. Smith’s rifled a shot goal wards, that deflected into the roof of the net.

Rochdale came within a whisker of reducing the deficit a few minutes later, when Wright showed great feet to dink his way into the area before unleashing a shot that went narrowly wide, striking the side netting on its way past the post.

Shortly after the half hour, Dale were awarded a penalty after Wright was bundled over in the box. Nock stepped up to take the resulting spot-kick and slammed it home.

Before the break, Chorlton had an effort saved at the near post.

There was a double change for the start for the start of the second half as Baah and Kacper Mialkowski made way for Ben Kershaw and Jordan Scanlon, respectively.

Substitute Scanlon did well to work his way into the area but the hosts closed him down before he could get a shot away.

Up the other end and there was an excellent save from Chalton in the Dale goal, beating away a Finley effort, who had cut in from the right.

A third and final change followed in the 77th minute, when Joao Gouveia replaced Louie D’Souza.

Five minutes from time, it looked like Wright had scored the goal that would take the game to extra time, as he ran at goal and finished beyond the onrushing Evans, but Salford won it right at the death. Pedro struck home a volley from outside the area. 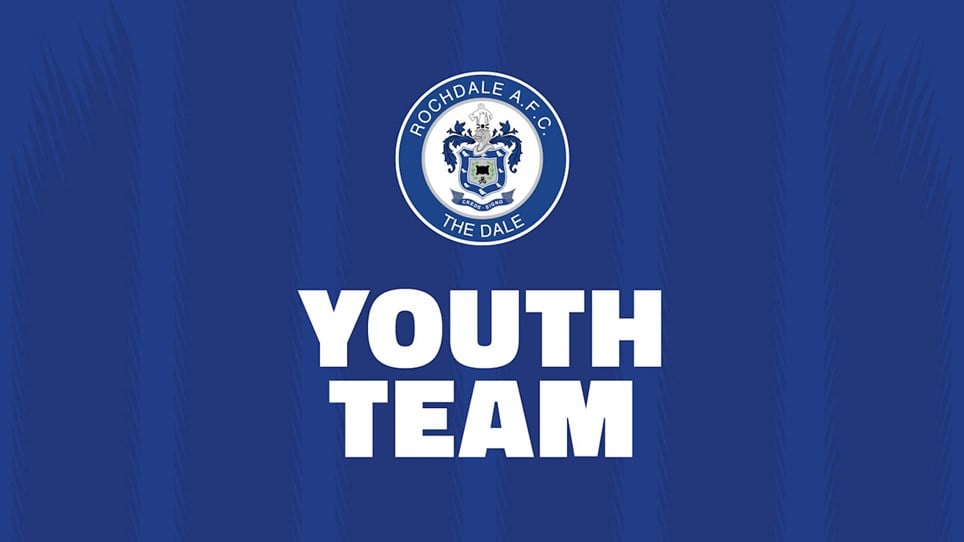 
The Youth Team take on Carlisle United on Saturday in the EFL Youth Alliance League.


The Youth Team return to action this Saturday, as they host Fleetwood Town in the EFL Youth Alliance League.


Dale earned a creditable 2-2 draw at home to Carlisle United on Saturday, showing great character to come back from two goals down.


The Youth Team take on Carlisle United on Saturday in the EFL Youth Alliance League.


Dale were 4-0 winners over Port Vale in the EFL Youth Alliance Cup on Saturday.