Our look back at the 2009/10 promotion campaign continues with focus on November.

There were just three league games during the month, due to the FA Cup, which Dale exited after a first-round replay against Luton Town.

However, he couldn’t prevent Jack Lester scoring two goals in three minutes to give the visitors a 2-0 lead at the break.

Dale came out fighting though, with another two in three-minute spell, this time through Chris O’Grady and Craig Dawson.

The fightback was curtailed just 11 minutes later when former Dale man David Perkins slammed home from the edge of the area to inflict defeat.

However, it would be almost three months before Dale were beaten again.

Dale were without a win in three, in all competitions, during November, and for a long time at Dagenham, that run looked like being extended.

The game saw the debuts of two loan players who would go on to play a key part in Dale’s promotion – Jason Taylor and Will Atkinson.

However, Peter Gain gave the hosts the lead after just three minutes, but two goals in three second-half minutes turned the game on its head.

It would signal the start of a superb winning run. 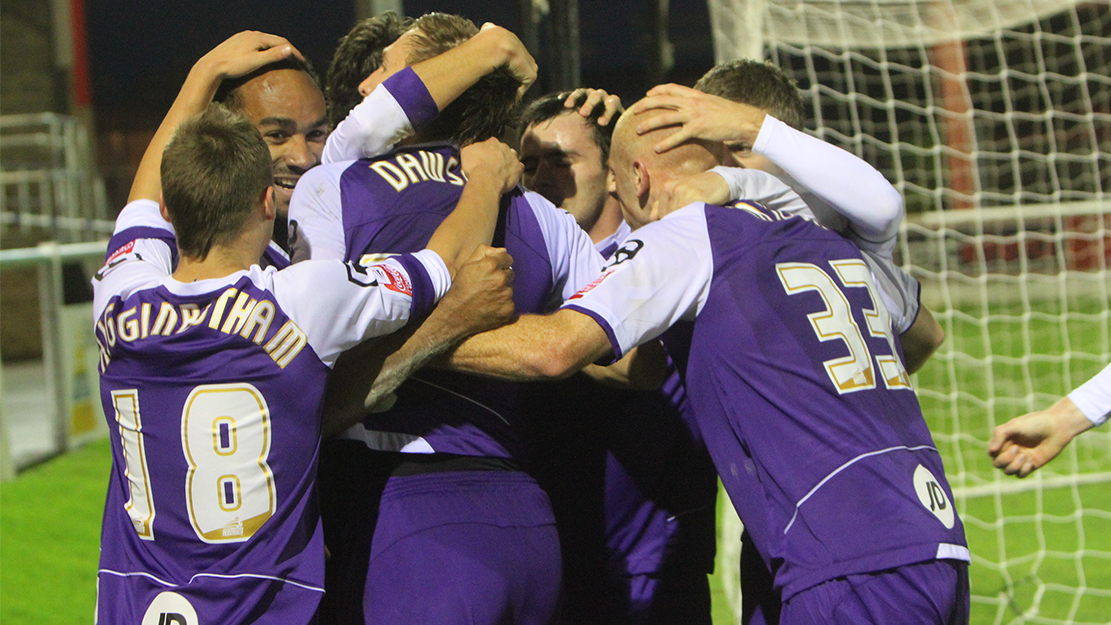 Dale moved to within a point of league leaders AFC Bournemouth with a memorable 2-1 win over big-spending Notts County at Spotland.

Taylor and Atkinson both started again, but Dale found themselves fall behind again, when Ben Davies opened the scoring after the half hour mark.

However, Dale equalised six minutes later when Chris Dagnall converted from the penalty spot after a foul by Jamie Clapham.

O’Grady then pounced on miscommunication in the County defence to steal in, round goalkeeper Kasper Schmeichel, and slot the ball home on the stroke of half-time to ultimately secure the win.

Again, Dale had closed the gap to the top compared to the end of the previous month, and December would be a month to remember.