Our recap of the 2009/10 promotion season continues into the month of March, as Dale all but secured passage to League One with a fantastic run of form.

Chris Dagnall opened the scoring in the opening ten minutes to put Dale ahead, before an own goal from Jamie Green in the second period doubled the lead.

Craig Dawson and Chris O’Grady added goals late on to secure an emphatic and deserved victory, moving Dale eight points clear at the top of the table. 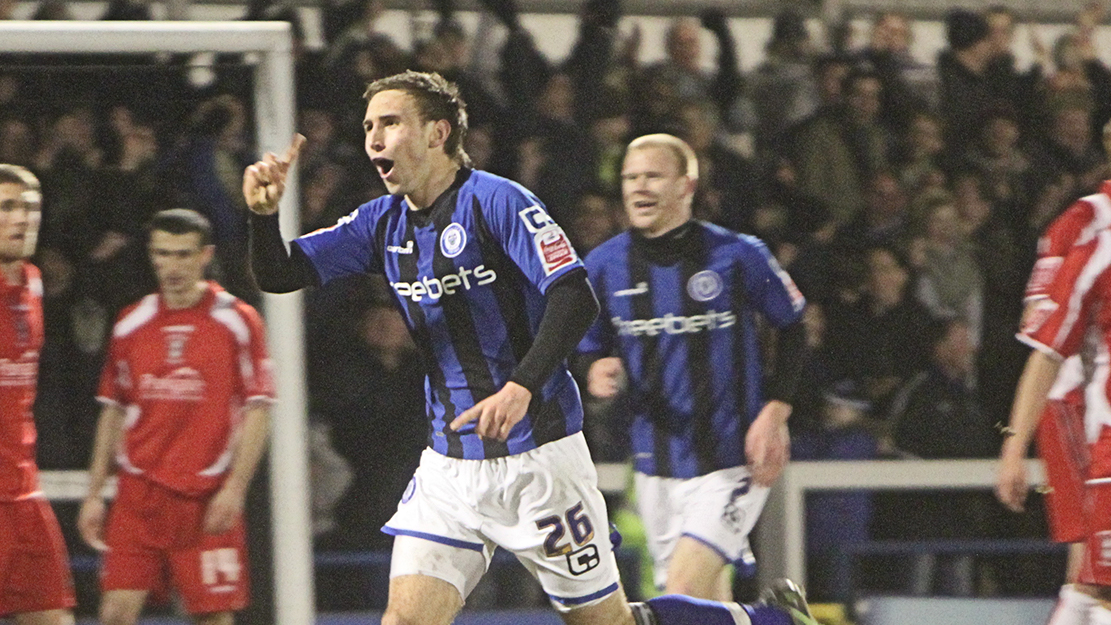 Keith Hill’s men couldn’t quite replicate the same level of performance the following Saturday at home to Lincoln.

Chris Herd gave the visitors the lead midway through the opening period and despite dominating the majority of the game it took Dale until the 70th minute to grab an equaliser.

Dagnall’s run and shot eventually earned Dale a point, who just couldn’t go on to find a winner.

A game that may be remembered by some Dale fans for the near-kit-clash between the two sides, as Dale had to wear their purple away strip against Shrewsbury’s dark blue!

The match turned on the introduction of Joe Thompson, who after coming on as a substitute on the hour mark, nodded in the only goal of the game just two minutes later.

Former (and future) Dale man Shane Cansdell-Sherriff saw red for hauling down Dagnall when last man, as Dale got straight back to winning ways. 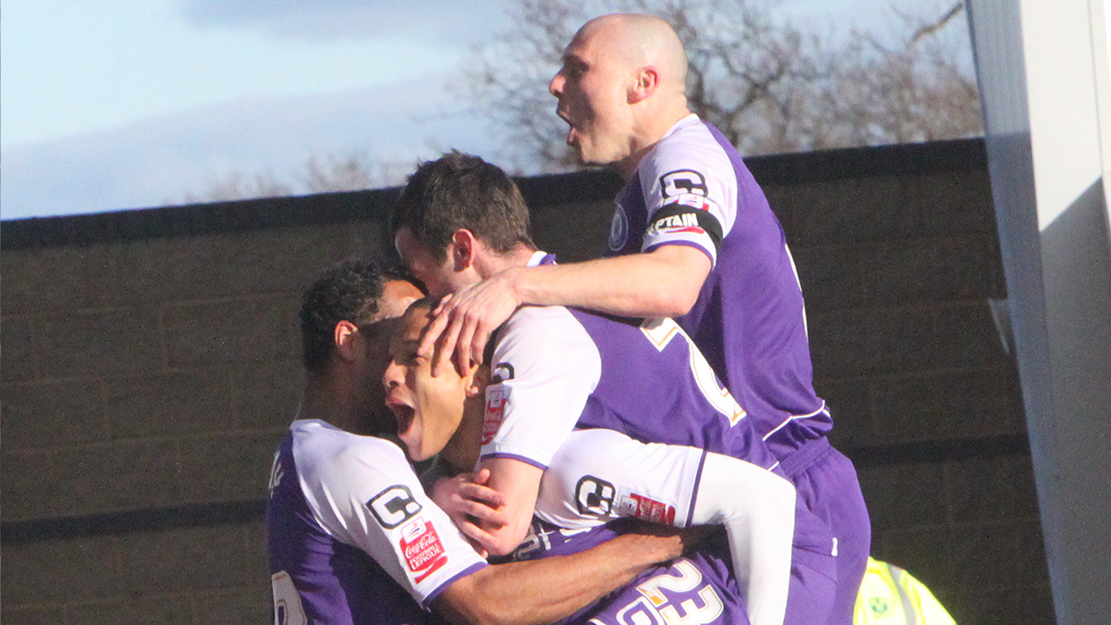 A game that has gone down in Dale folklore.

At 2-0 down after 65 minutes, after two goals in four minutes from Michael Symes and John Miles, Dale looked to be heading for defeat at their near neighbours.

However, up stepped captain Gary Jones, who scored a five-minute brace to haul Dale level.

Both sides were reduced to ten men with 15 minutes remaining when Symes and Jason Taylor were involved in an off-the-ball incident.

It didn’t knock Dale out of their stride though, as O’Grady completed the turnaround with seven minutes remaining before Kallum Higginbotham produced a sublime half-volley from almost halfway, lobbing the goalkeeper and sending the travelling Dale fans into raptures.

Little did Dale know it at the time, but this proved to be the game that effectively secured promotion. 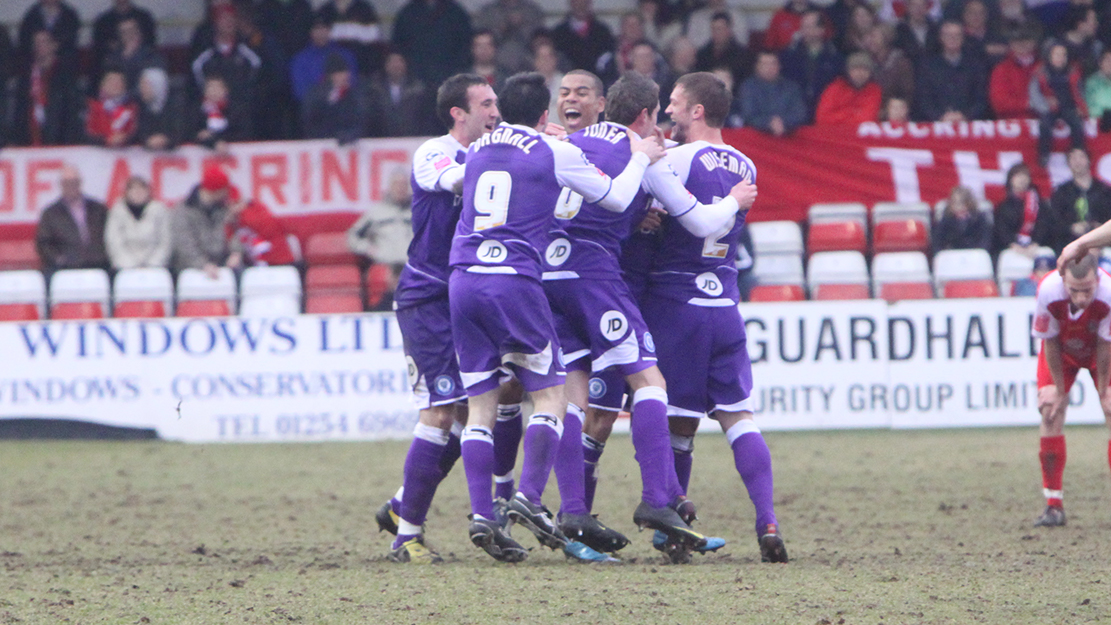 Dale made it three wins in a row with another rout at Spotland, this time over Grimsby.

Dagnall had to wait until the final minute to secure his hat-trick, but that he did, moving Dale a whopping 13 points clear of fourth place. 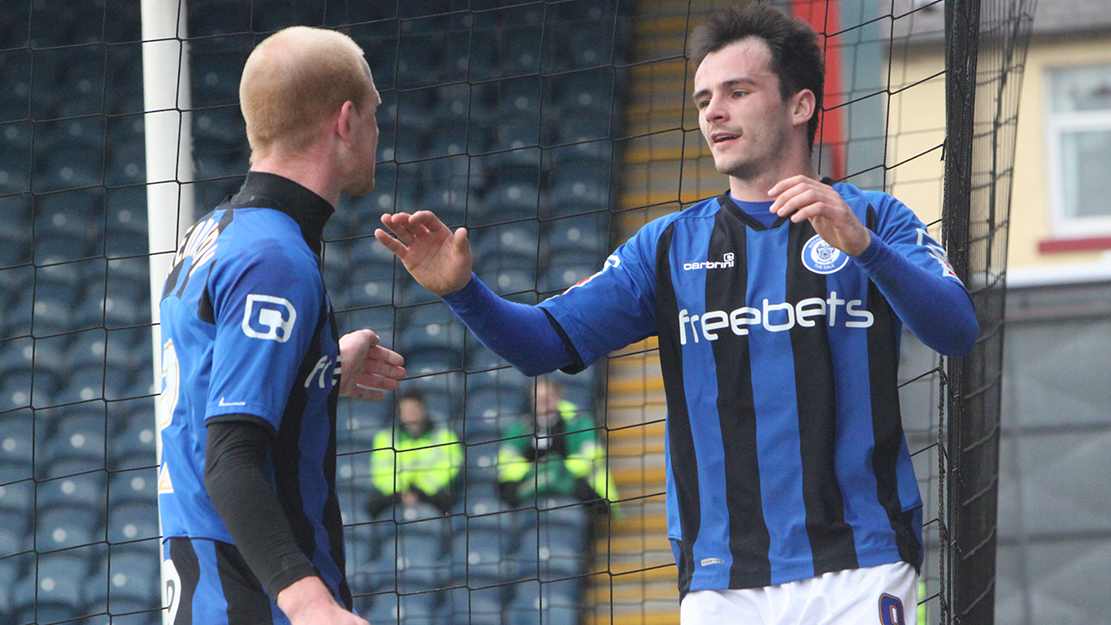