We continue our recap of the 2009/10 promotion campaign by focusing on February, as Dale continue their push towards League One.

A first defeat in two-and-a-half months came at the hands of local rivals Bury, live on Sky Sports.

Both sides had chances in a tight game, but Dale had a golden opportunity to break the deadlock through Chris O’Grady in the second-half.

However, he poked wide from close range with an open goal at his mercy, although he felt he was shoved as he went to turn across the line.

The winning goal came from Ryan Lowe with 12 minutes remaining, moving Bury into the automatic promotion spots, and inflicting Dale’s first defeat in 12. 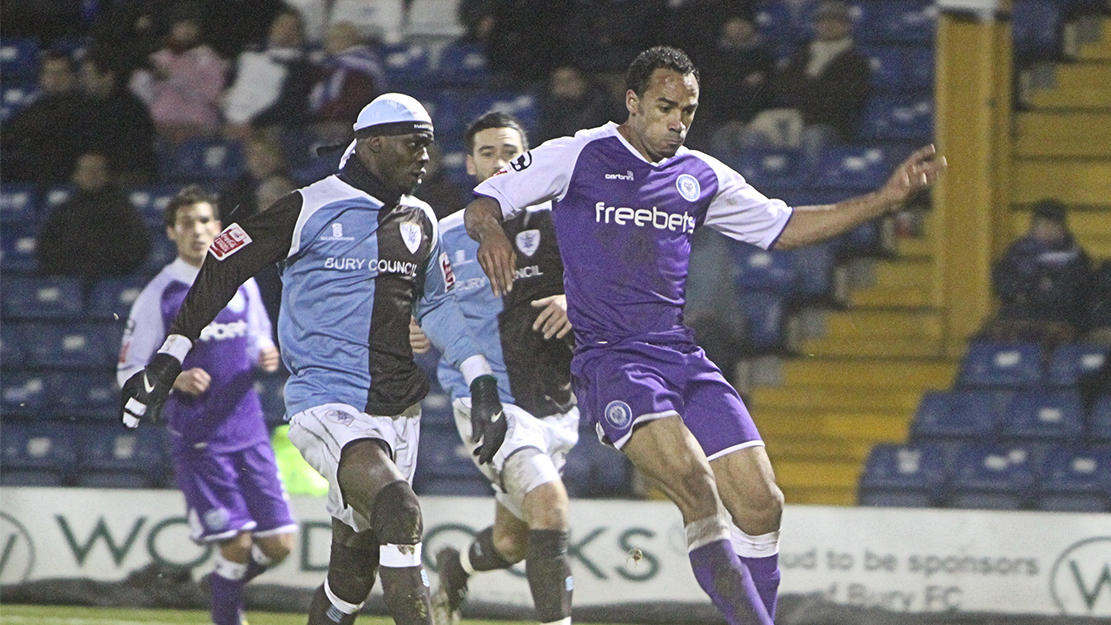 It was straight back to winning ways the following weekend for Dale, with a comfortable win over Crewe.

O’Grady opened the scoring early on, when he picked on a rebound from Chris Dagnall’s effort to smash home.

The second goal which sealed the three points came in fortuitous circumstances, when O’Grady’s ball across goal was inadvertently turned home by Crewe’s Matt Tootle at the back post, to put Dale right back on course. 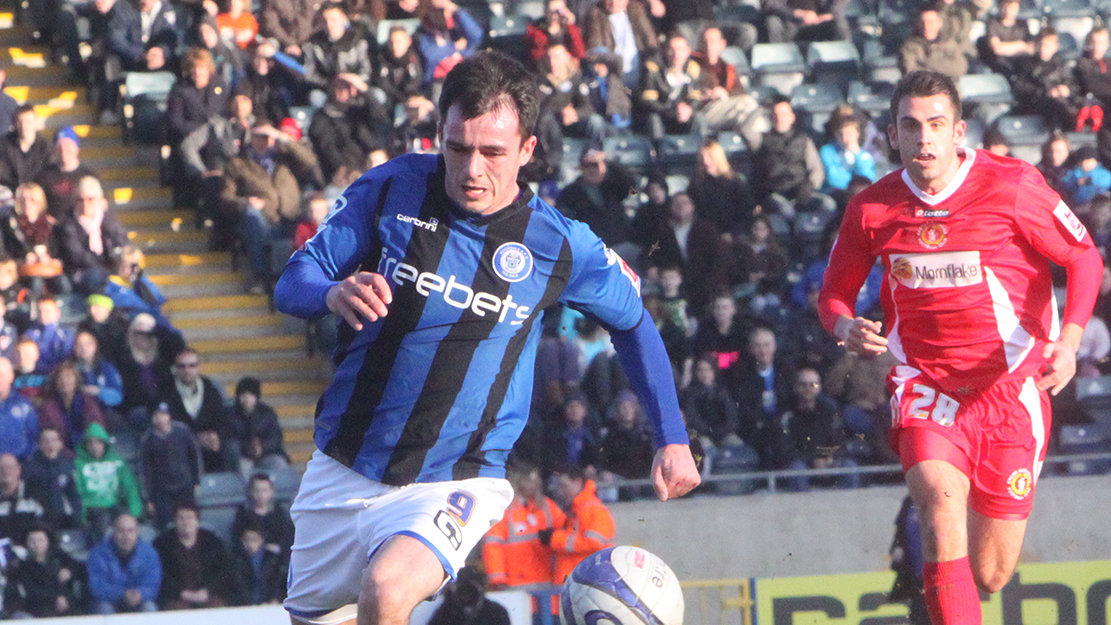 This was a game that showed Dale’s battling qualities, as Keith Hill’s men had to fight hard to come out on top at home to Dagenham.

Tope Obadeyi, signed on loan from Bolton Wanderers at the end of January, scored his first Dale goal after just nine minutes.

However, the visitors equalised almost instantly through Josh Scott.

Dale pushed and eventually moved back ahead in the final ten minutes thanks to Gary Jones’ first goal of the season, finding the bottom corner from the edge of the area.

O’Grady made sure of the three points late on from close range, keeping Dale five points clear at the top with a game in hand. 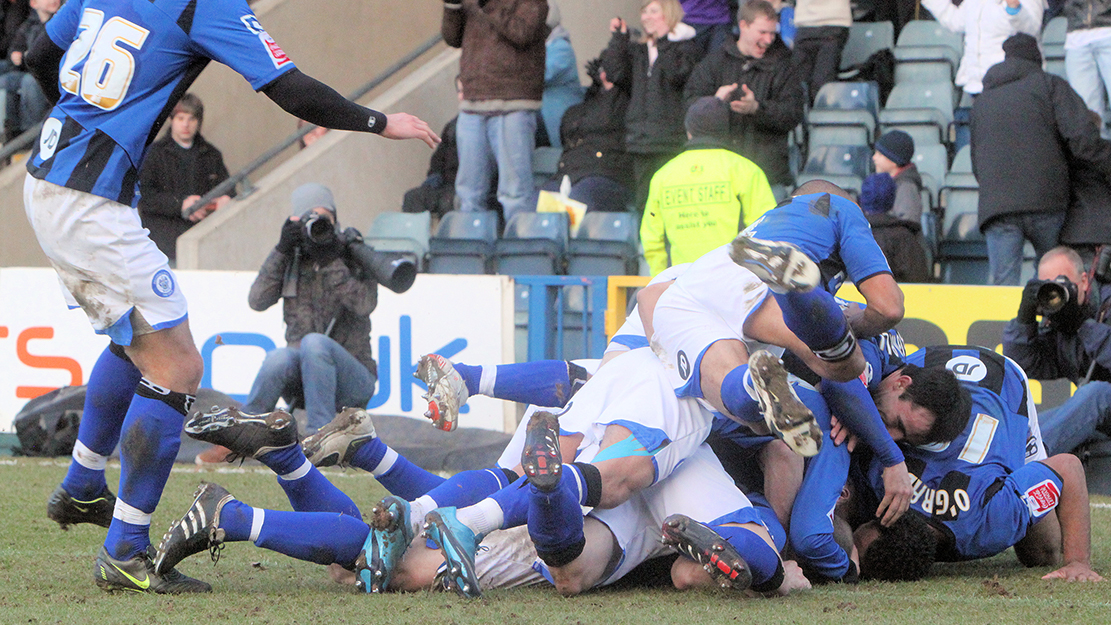 A first home defeat since mid-November came as a bit of a surprise when bottom-half Bradford took all three points away from Spotland.

The visitors took the lead when Matthew Clarke smashed home after ten minutes, but Dagnall equalised on the stroke of half-time, turning home O’Grady’s cross.

However, two goals in the final ten minutes saw the Bantams claim the win. Robbie Threlfall’s fine free-kick put them ahead before Gareth Evans sealed the win with three minutes remaining.

Another game that showed Dale’s battling qualities came away to Macclesfield at the end of the month.

After a tight, even game at Moss Rose, Dale eventually broke the deadlock through O’Grady in slightly fortuitous circumstances.

His sliding shot ricocheted off the goalkeeper, came back off O’Grady, and looped into the back of the net on the hour mark to eventually secure all three points. 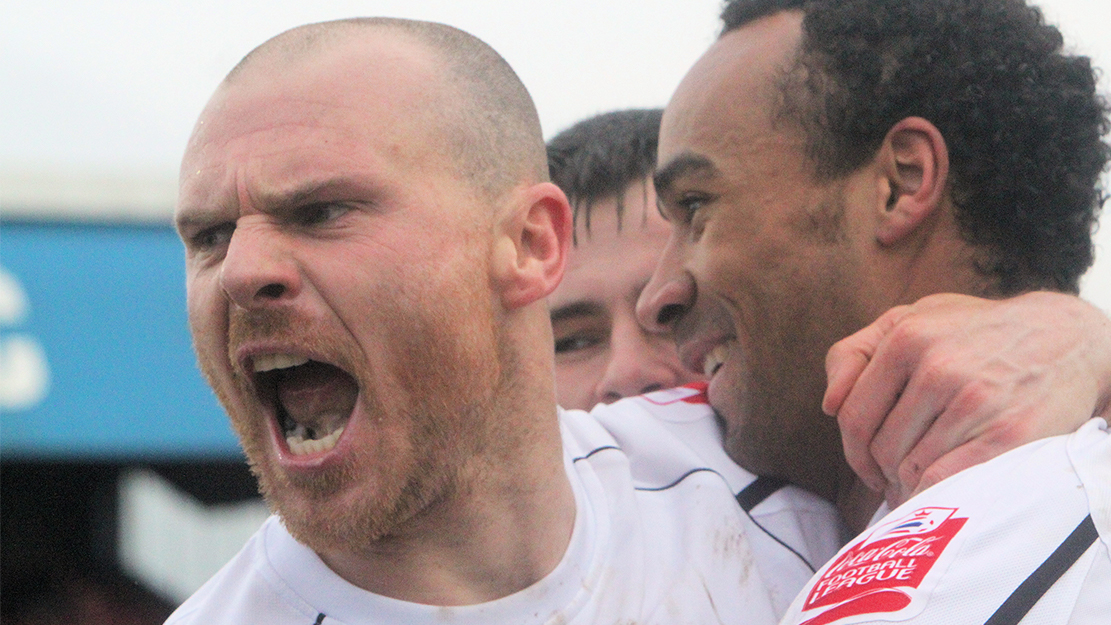