This season marks the tenth anniversary of Dale’s promotion from the basement division, after a long 36-year stay.

To celebrate, we’re looking back at that memorable campaign. Click HERE to view our August recap, but now, we look at what would be a fine September.

It may be the biggest cliché in football, but never was there a more apt time to use it. This was very much a game of two halves.

Keith Hill stuck with the same eleven that started, and finished, the 3-0 win over Bury at the end of August.

Dale had played during the week, losing 2-1 to Bradford City in the Johnstone’s Paint Trophy first round, seeing that particular campaign end before it had started.

That losing feeling continued in the first-half at Christie Park, as three goals in nine minutes – a Phil Jevons brace and one from Ian Craney – gave the Shrimps a 3-0 lead at the break.

Matt Flynn and Chris O’Grady were replaced at the break in favour of Scott Wiseman and Kallum Higginbotham, as Chris Dagnall pulled one back within three minutes of the restart.

Joe Thompson brought Dale within one before Dale Stephens, making his debut after being signed on loan from Oldham Athletic the previous month, smashed home an equaliser to grab a point from the jaws of defeat. 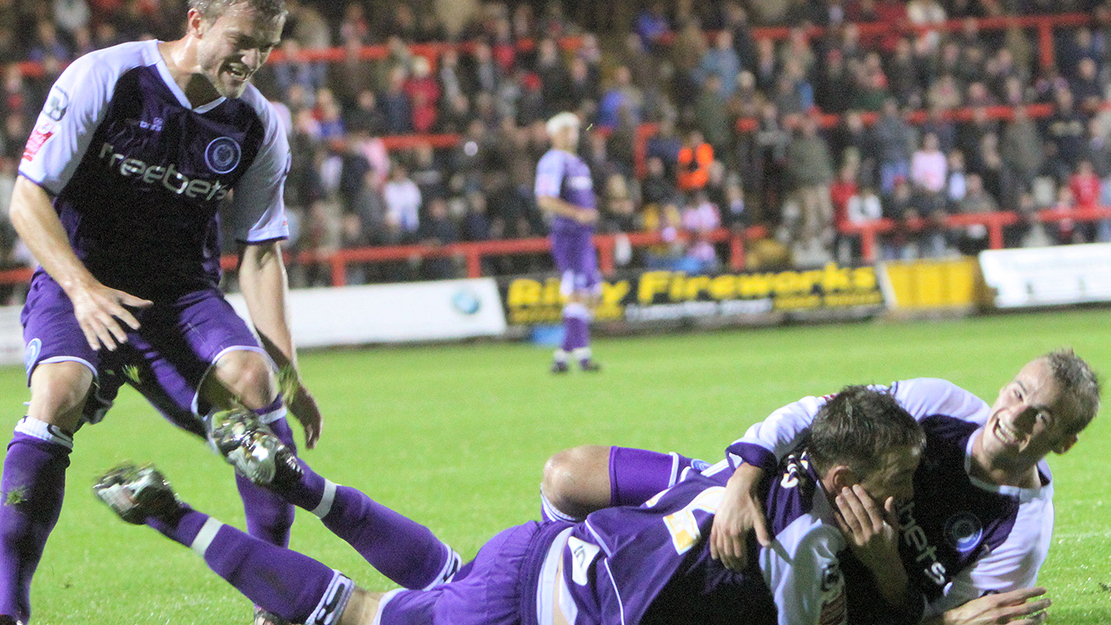 Dagnall made it five goals in four games to get Dale back to winning ways against Torquay.

Nathan Stanton and Wiseman were the only two changes from the starting line-up at Morecambe and Dale dominated their Devon opponents for the most part, with Dagnall opening the scoring halfway through the first period.

He doubled the lead in the final 15 minutes in typical poacher fashion, before Chris Hargreaves notched a late consolation goal for the visitors.

The win moved Dale to the fringes of the playoffs, the last time they would be outside of the top seven all season. 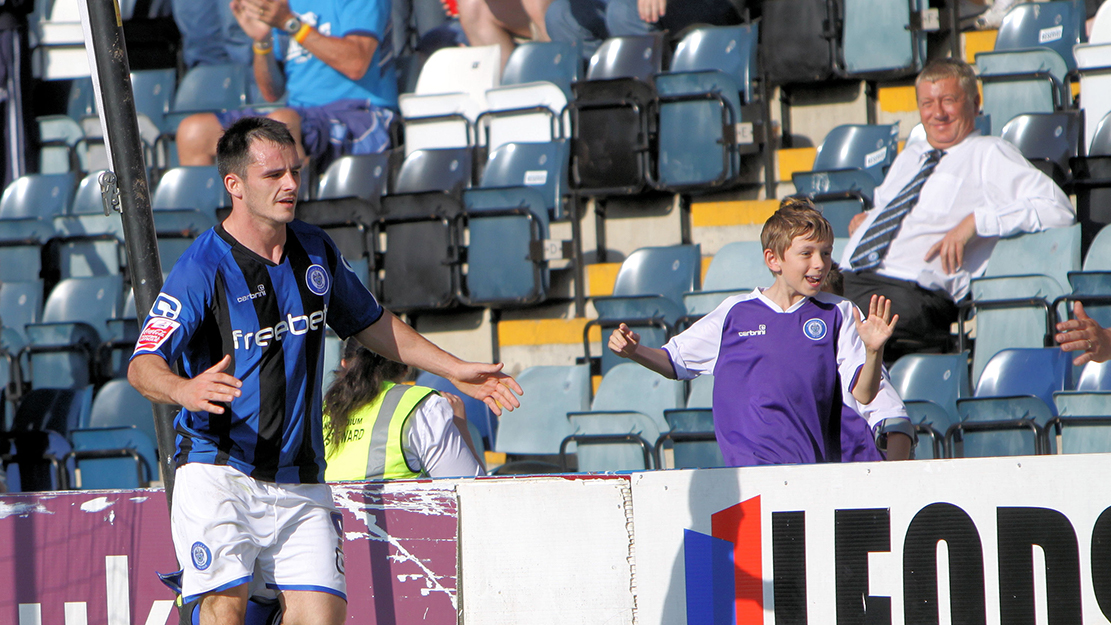 Back-to-back wins for the first time were secured by a superb strike from Will Buckley at Sixfields.

Dale again had the better of the game but were pegged back shortly after the hour mark by Ryan Gilligan.

However, up stepped Buckley just four minutes later to restore the lead with a fine curling effort from outside the area.

The game also saw a debut for Simon Whaley, on loan from Norwich City, as a second-half substitute.

Dale moved up to fifth with the win. 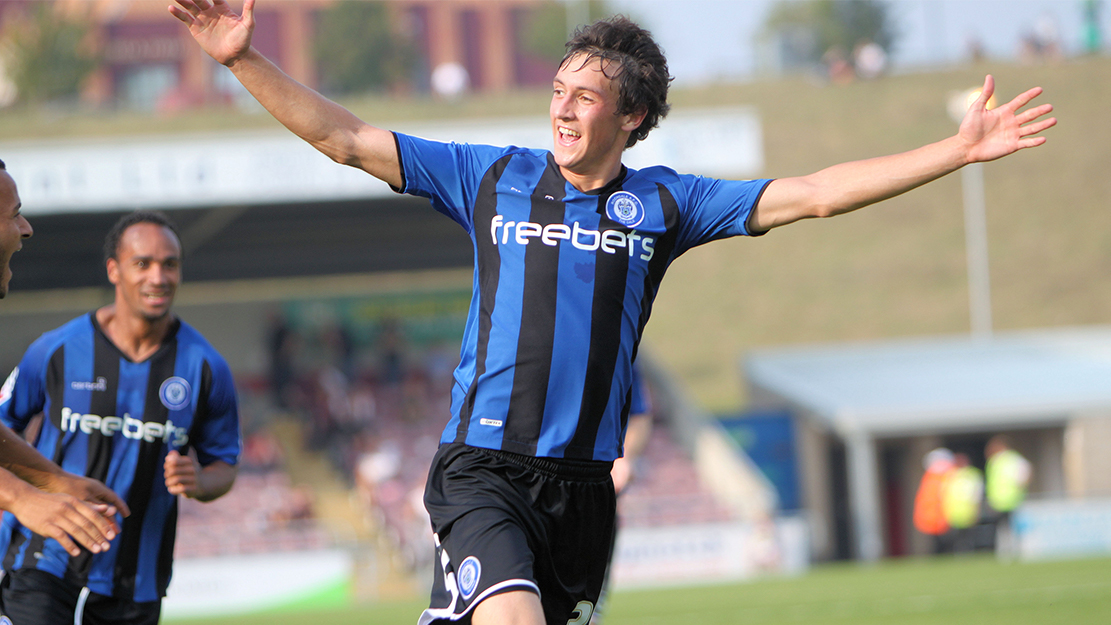 Dale fans would get used to seeing their side score four in a game throughout the campaign. This was the first of eight occasions it would happen.

Whaley, starting in place of Thompson, put Dale back ahead on the stroke of half-time, finishing coolly after a trademark counter-attack.

It took Dale until the final ten minutes to kill the game off, thanks to goals from Buckley and a first league goal for Craig Dawson.

The game also saw the familiar name of Matt Done make an appearance off the bench for the visitors. 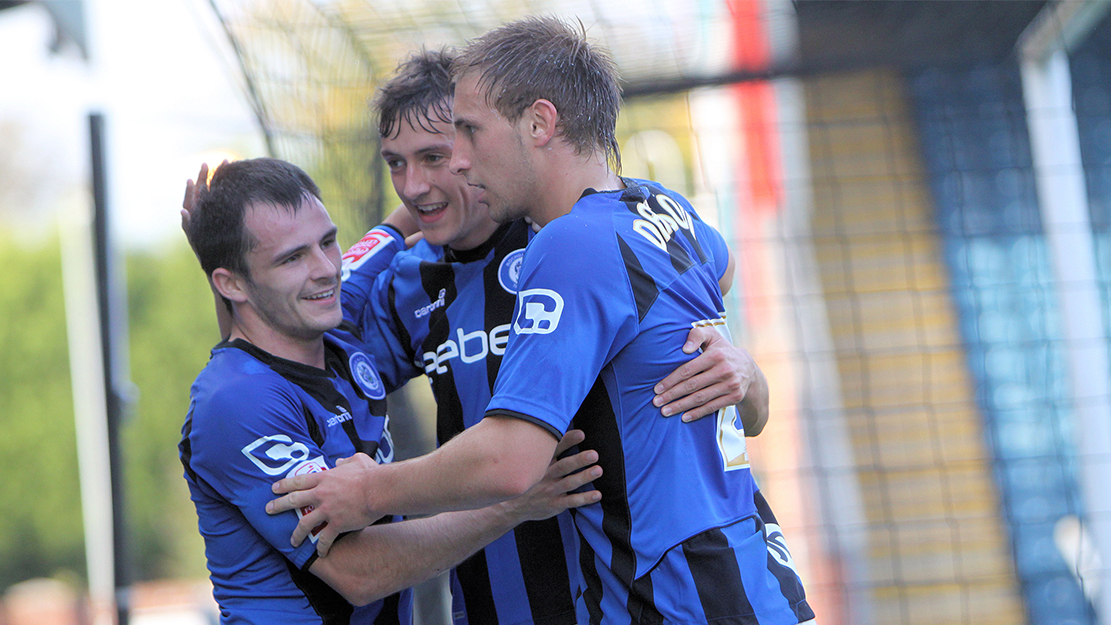 One change from the weekend’s win as Thompson replaced Buckley, but it would be the latter’s appearance from the bench that changed the game.

Dale were struggling to break down a resolute Darlington until Buckley’s introduction, and he unlocked the door from a set-piece, firing home at the near post after a corner wasn’t cleared.

Dale ended the month in second position, four points off first placed Bournemouth, thanks to an unbeaten run of five games.