“We were clear from March onwards that we were going to need significant replacements and the Club were aware of that," said Barry-Murphy.

“We’ve made our requirements clear and I know the Club are doing everything they can to support that. It has already been well documented about the budget restrictions and what we have to work within, but that doesn’t concern us from a footballing staff point of view, because we are highly motivated to find solutions that excite everybody.

“At the moment, we need five or six players, but that has always been the plan anyway. Who they are may vary in the coming weeks in terms of the actual personnel, but we have profiles and options that we have identified and we’re very much hopeful that we can get the main ones that we want on board. If we can’t, then we work back and add the players that we want.

“It’s imperative that the players we have here are added to and supported by quality rather than quantity. That has always been the overriding theme of our recruitment since we started this job.”

He continued: “In terms of the areas of the pitch – goalkeeper and defensive unit, all of our supporters will know that we need to strengthen in these areas. I feel that we’re very strong centrally in midfield, and everybody will know that since Ian [Henderson], Callum [Camps], Aaron [Wilbraham] and Calvin [Andrew] left, that we have become severely weakened in the forward areas.

“The areas in defence, we’ve been quite creative in what we’ve found there in terms of a solution that we believe works for the Club. In the forward area, it’s just a little bit different because the players in that position are at a premium and are protected by their parent Clubs or if they are free agents then they are holding out for as long as they can to find solutions for themselves, so that might take longer.

“As a staff, our whole prerogative is that we’re patient. We have a clear idea of what’s needed in the squad and how we plan to take the squad forward, and it think that’s imperative in our bid to acquire that.

“We’re not a staff that wants to speak about budgets or talk about the restraints we face, because we very much believe that we are a Club who are more than capable of fighting against the odds and proving people wrong.

“Ever since I was a player, we’ve always had an ambition within the dressing room that far outweighs the public perception of where we are or where we should be or how we should behave. That underdog status will probably never be more evident this season in terms of the differences in finances throughout League One.

“There is obviously a huge gulf in what the top clubs can do and even the Clubs that are in the middle. Ourselves and some of our nearby neighbours are probably going to be on a different playing field financially.

“But the staff, myself and the Club as a whole are highly motivated to do that within our constraints in order to find players who enhance the group. My main motivation is to excite the players that we have here and the supporters regarding the season ahead.

“We feel incredibly privileged to come into training every day and be surrounded by the guys that are here. The likes of Paul McShane, Eoghan O’Connell, Jim McNulty, Matty Done, Jimmy Ryan and Ollie Rathbone – the list could go on. They are exceptional players, along with others that I haven’t mentioned like Stephen Dooley, Jimmy Keohane, Kwadwo Baah and Fabio Tavares, and they want to be excited by what we’re going to bring to the Club. They can’t do it on their own, so they do need a little bit of help, and it’s up to myself and the Club to try and find that help.” 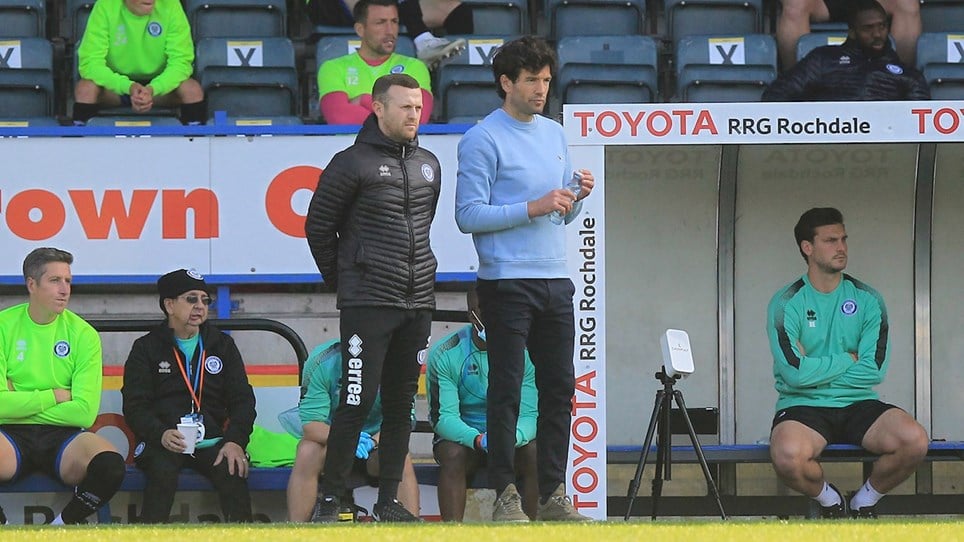