Rochdale AFC’s matchday programme – The Voice of Spotland – is back for Wednesday’s Leasing.com Trophy tie versus Manchester City U21.

The programme is a 24-page issue that contains plenty of reading to keep fans entertained and informed before, during and after the match.

We start with a front cover image of the Leasing.com Trophy that all 64 competing clubs will dream of lifting come next Spring.

Dale manager Brian Barry-Murphy explains why the club have taken this competition so seriously in recent seasons, which is supplemented by an in-depth look at some of the players who have made their debuts for Dale in the EFL Trophy.

The usual Half-Time Quiz appears, as does Traveller’s Tales with a report on the pre-season trip to Hyde, as well as action images from the Carabao Cup win over Bolton.

There is a comprehensive look at Manchester City’s squad and a review of the teams’ meeting in the third round of this competition last season.

All this and more will be in Wednesday’s The Voice of Spotland, on sale in the Club Shop and around the ground, priced £2.00. 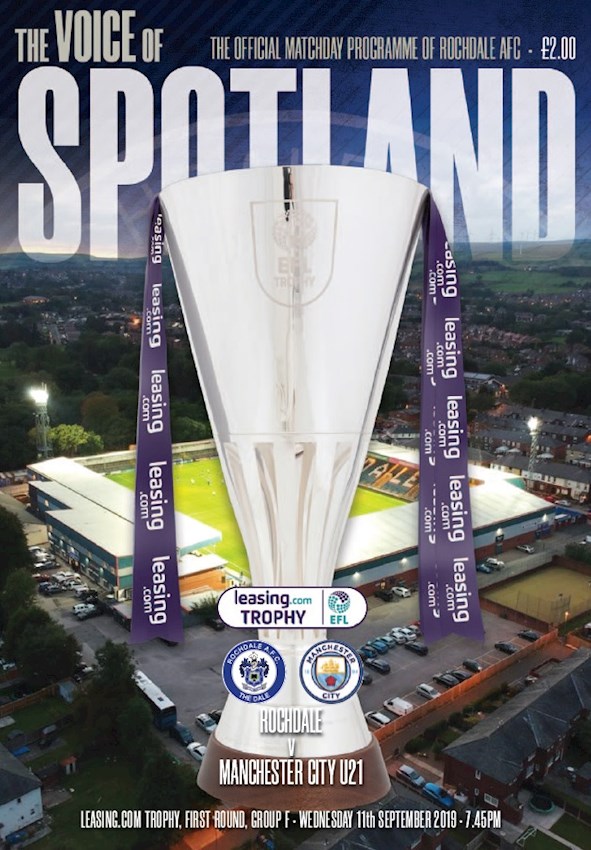