Rochdale Football Club were delighted to present Moorland Children’s Home and Dale In The Community Sports Trust with donations at Saturday’s game against Accrington Stanley.

The funds were raised from the auctions of the mascot packages for Dale’s Carabao Cup tie against Manchester United at Old Trafford.

£1,736 was raised in total from the three mascot packages. This was split equally between Moorland Children’s Home and Dale In The Community Sports Trust, with both receiving £868.

They were presented with cheques prior to Saturday’s match at the Crown Oil Arena.

We would like to thank the parents of all three mascots for the funds raised for the charities, as well as Manchester United for donating the packages. 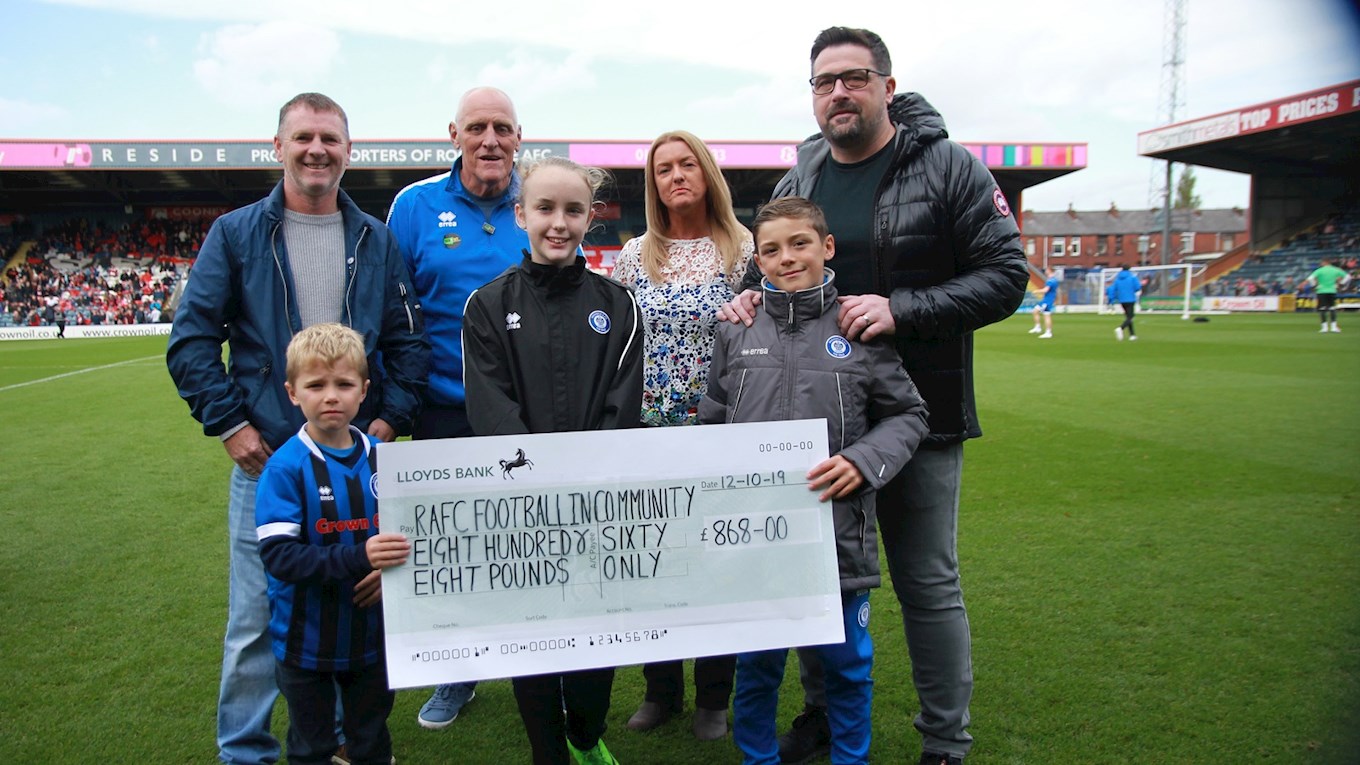