Rochdale Football Club were proud to support the Kick It Out campaign at Saturday’s game against Accrington Stanley.

Players from both sides wore Kick It Out t-shirts during the warm-up, whilst a Kick It Out banner was proudly on display as the sides took to the Crown Oil Arena pitch before kick-off.

We also welcomed players from teams who took part in the Rochdale AFC Mosque Tournaments, which were held in July of this year. Click HERE to read more on that tournament.

Prior to the game, Dale boss Brian Barry-Murphy took time out of his busy schedule to speak to the youngsters on the Club’s five-a-side pitch, where they were having a pre-match kickabout.

We hope everyone had a great day! 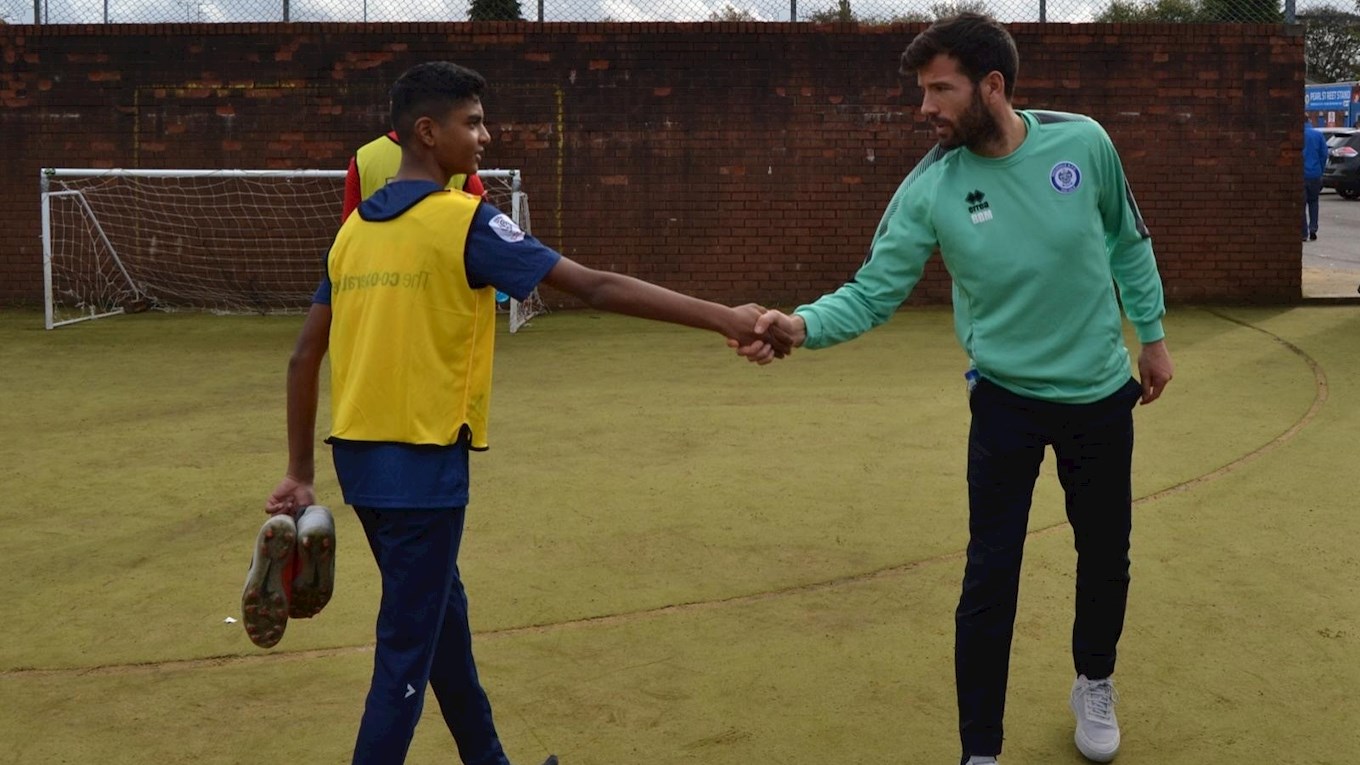