Rochdale AFC’s matchday programme – The Voice of Spotland – is back for Saturday’s League One fixture against Portsmouth.

The programme starts with a front cover image of Callum Camps, who has already netted seven goals from midfield this term.

WHATEVER HAPPENED TO? – A trip to bygone days in football with something you no longer see on goalkeepers

BACK OF THE NET – a whole-season article focusing on the exploits of Dale’s top 25 goalscorers of all-time, this time with Jack Connor

Traveller’s Tales reports on the trip to Bolton and we have action photos from that game at the Macron Stadium as well as the home fixture versus MK Dons.

Visitors Portsmouth receive extensive coverage, including a look at three previous meetings from the angle of the kits worn by both teams. 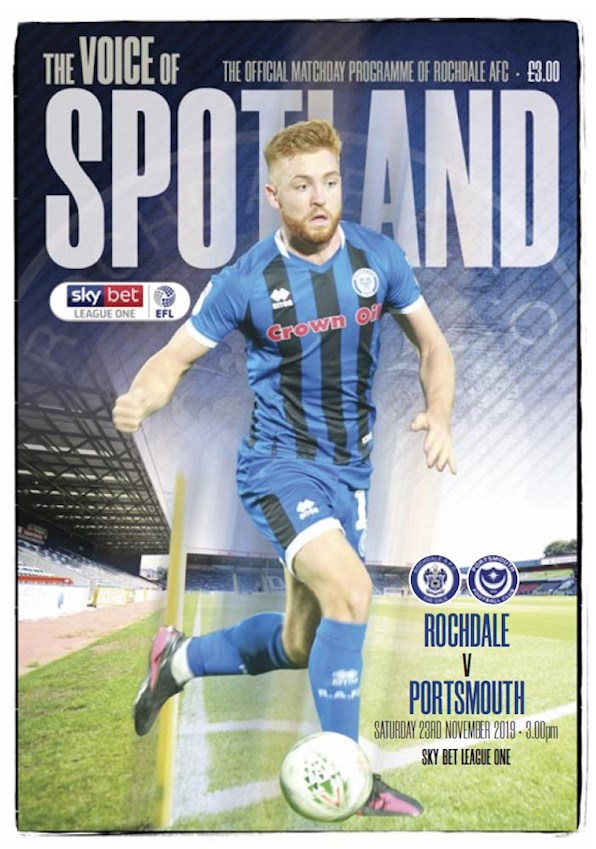