Rochdale AFC’s matchday programme – The Voice of Spotland – is back for Tuesday’s League One fixture against Ipswich Town.

The programme starts with a front cover image of captain Ian Henderson, who recently scored his 119th goal for the club in the 2-0 defeat of MK Dons.

Manager Brian Barry-Murphy previews the game, looks back at Saturday’s encounter with Bristol Rovers and also discusses how the club hope to boost attendances and engage more with the local community.

BACK OF THE NET – a whole-season article focusing on the exploits of Dale’s top 25 goalscorers of all-time, this time with Grant Holt

We also have an exclusive interview with former defender/midfielder, Willie Burns, who was a member of the Dale squad that reached the fifth round of the FA Cup in the 1989/90 season, as well as well as a Traveller’s Tales on the trip to AFC Wimbledon at the start of October.

Meanwhile, action photos appear from the games against AFC Wimbledon and Accrington. 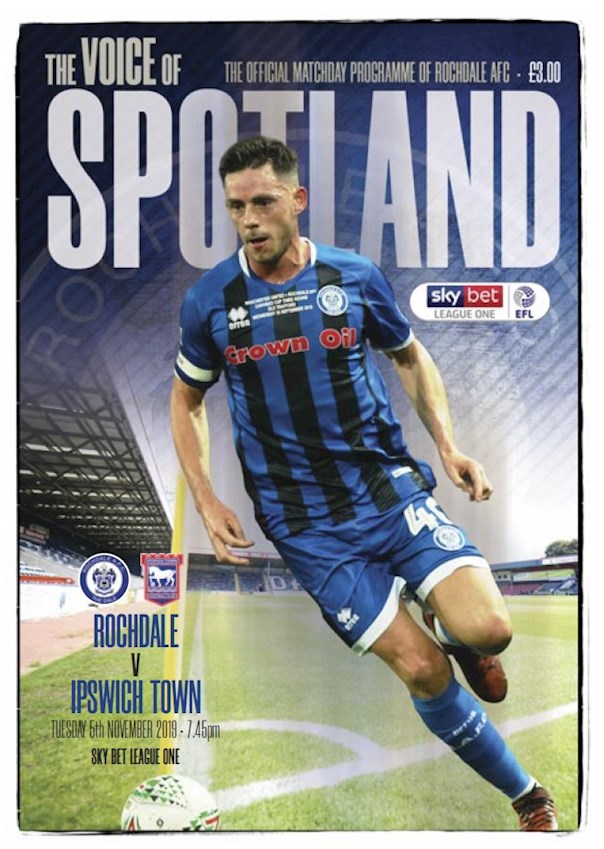