Held annually, the tournament sees teams across the North West of England competing against each other, some of which provided new opposition for Dale.

Sponsored by Jonathan James Lettings, Dale’s Under-10s, Under-11s, Under-14s and Under-16s were in attendance, with all the teams enjoying their experience of a competitive tournament.

The Under-10s picked up one win in a very tight group, drawing two and losing two, as they narrowly missed out on reaching the latter stages.

Manager Tom Scott said: “This was a brilliant day out for us competing for the first time at this level with the girls playing with skill and commitment, a real credit to Rochdale AFC Ladies.

“Thanks to the parents for their usual fantastic support and apologies for not coming back with the Trophy that went to Blackpool, who we beat in the league match.”

The Under-11s had up to seven players missing on the day, with an Under-10 making the step up. Despite this, they were only narrowly beaten in three of their matches.

Manager Charlotte Lancaster said: “We played brilliantly during our matches. Many thanks to Tom Scott for letting us take one of his team throughout the tournament. I’m really proud of the players for working so hard against physically stronger teams and parents for their great support.”

Four wins and a draw saw the Under-14s reach the semi-finals, where they were beaten on penalties.

Manager Steve Lorimer said: “I’m really proud of the girls to go through the whole day undefeated, except for the semi-final where we outplayed the opposition for most of the match.

“Credit goes to all the players for the way they represented Rochdale AFC and parents for their support which has been brilliant all season.” 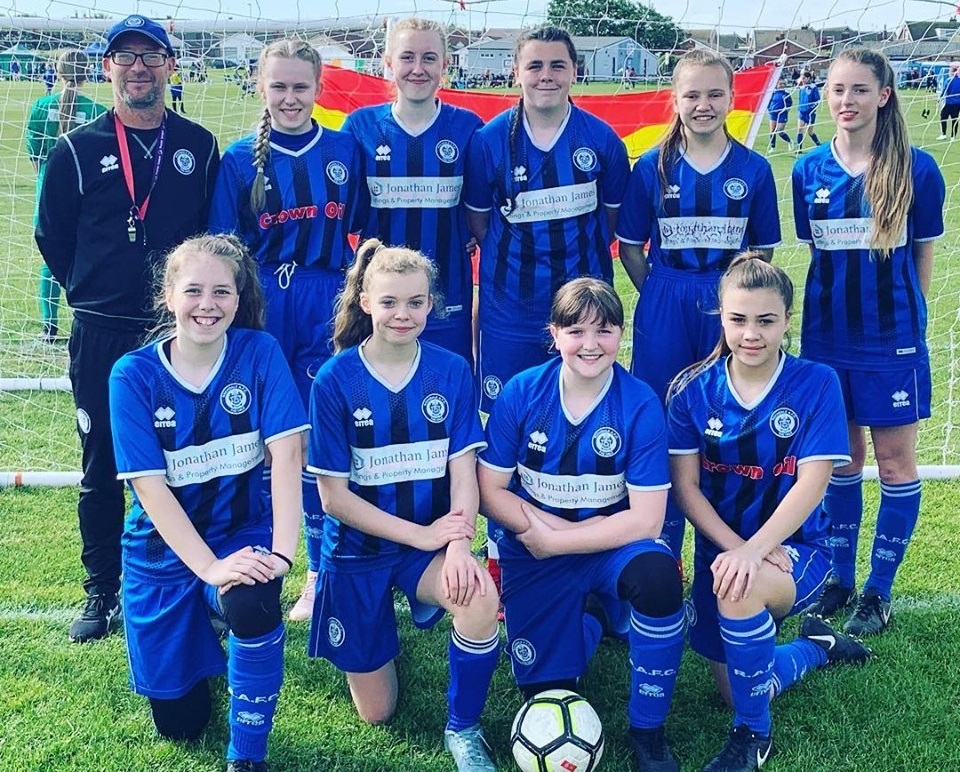 The Under-16s performed well, claiming three wins and a draw from their six matches in the tournament, also narrowly missing out on advancing to the final stages.

Manager Mark Pilling said: “I would like to thank the players for their efforts in playing against new teams from the North West, which will give us good experience when we play at an older age group next season competing in the Greater Manchester Women’s Open Age League.”

Rochdale AFC Ladies are now due to take part in the Failsworth Tournament in July which will again provide excellent experience for the girls as they prepare for 2019/20 season in the South Manchester League.

They are always on the lookout for new players. Why not come down to their FREE open day at the Soccer Factory in June. Details below. 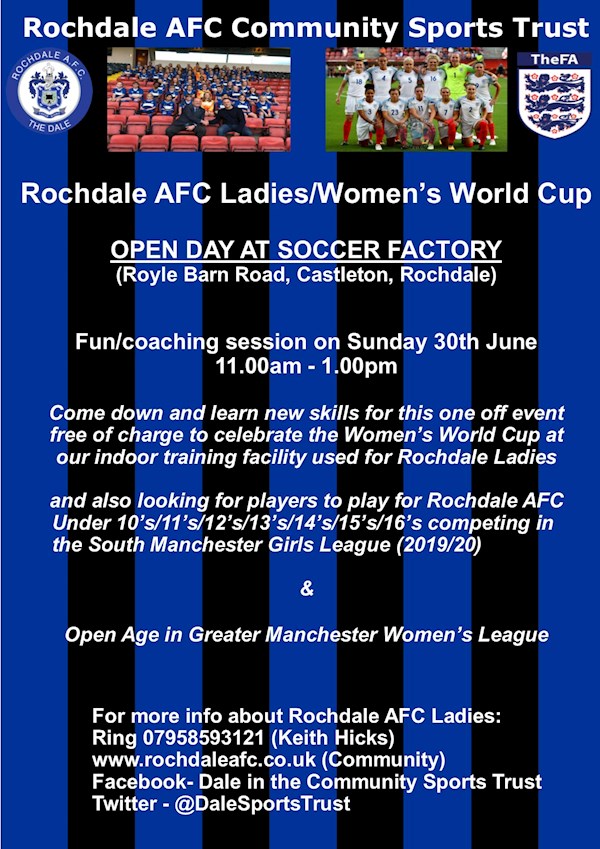