We start with a front cover image of midfielder Stephen Dooley, who joined the club from Irish football last summer.

Chairman Andrew Kilpatrick pens a message for the supporters, while Editor Mark Wilbraham sets the scene with memories of trips to Shrewsbury’s former Gay Meadow ground.

I WISH I’D GONE – an article looking at Dale games the author didn’t attend, but wished he had! This time it’s a final day of the season fixture from the late 1980s.

WHAT DALE WORE IN – we pick a season and look at the different kits Dale sported throughout the campaign. In this issue, we look at 1992/93.

GOLDEN YEARS – Dale won promotion for the first time in 1968/69 and this series will recall that campaign game-by-game, with personal memories from fan Ian Goodwin, who revives memories of a famous Monty Python sketch...

There is also a completely new-look visitors’ section, as well as columns from Bray-based fan Brian Quigley, Row F resident John Rowe and one of the longest-serving programme contributors in the game, the ever-opinionated Scrutator.

Action photos appear from the games against Manchester City U21 and Peterborough, while Traveller’s Tales is back with a report on the trip to Barnsley. 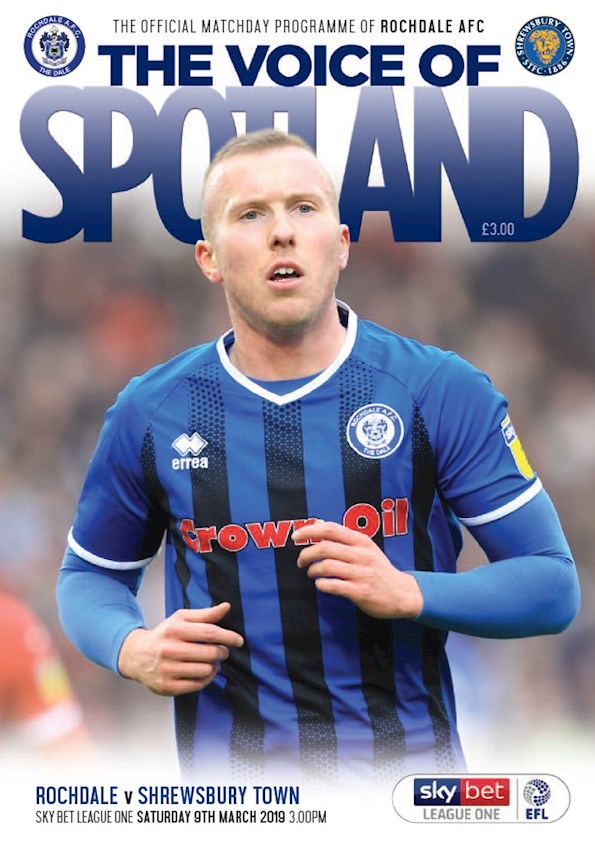