Rochdale AFC’s matchday programme – The Voice of Spotland – is back for Saturday’s League One fixture against Scunthorpe United.

We start with a front cover image of defender Kgosi Ntlhe, who won the man of the match award in each of Dale’s last two home games.

I WISH I’D GONE – an article looking at Dale games the author didn’t attend, but wished he had! This time it’s a previous fixture against Scunthorpe.

WHAT DALE WORE IN – we pick a season and look at the different kits Dale sported throughout the campaign. In this issue, we look at 2015/16.

GOLDEN YEARS – Dale won promotion for the first time in 1968/69 and this series will recall that campaign game-by-game, with personal memories from fan Ian Goodwin, who continues to wax lyrical about Reg Jenkins.

ACROSS THE WATER – Irish-based Dale fan Brian Quigley looks at football in the Scottish Highlands.

There is also a completely new-look visitors’ section, as well as columns from first-time season ticket holder Steven Rittey, Row F resident John Rowe and one of the longest-serving programme contributors in the game, the ever-opinionated Scrutator.

Action photos appear from the games against Walsall, Coventry and AFC Wimbledon, while Traveller’s Tales is back with a report on the trip to Plymouth. 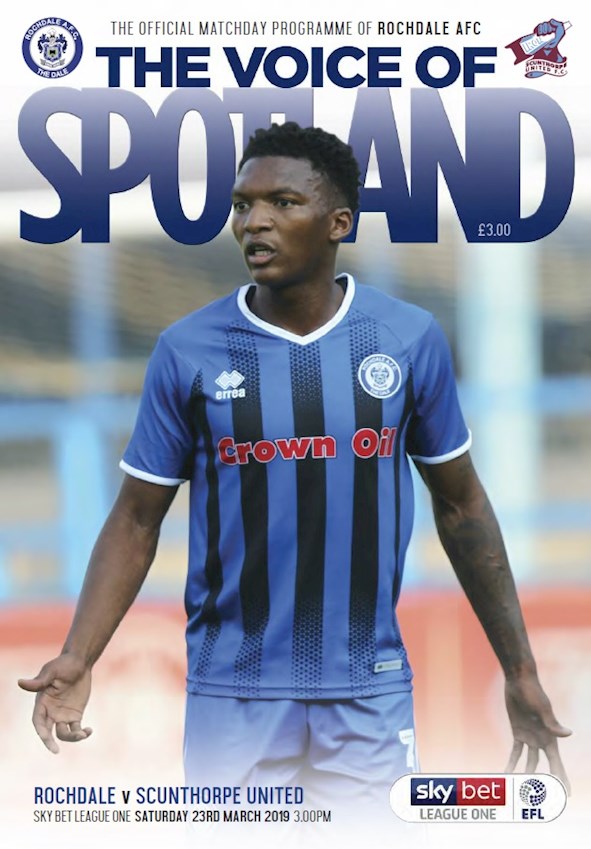