Ahead of the start of the new season, we’ve launched a marketing campaign to promote Dale’s opening home game against Doncaster Rovers and the 2019/20 campaign.

To kick start it, our ‘A New Dawn Beckons’ imagery is currently proudly situated on a giant billboard on St Mary’s Gate in Rochdale.

It appeared on the billboard on the A58 over the weekend and will remain there for two weeks as we approach the match.

After that, from August 13th, focus turns to our giant poster campaign which will see our striking graphic, amended to promote the exciting new chapter of Rochdale Football Club under Brian Barry-Murphy’s management, appear at 33 JC Decaux sites across Rochdale town centre and the surrounding areas.

The sites are on main routes within the town centre itself and around the ring road. The posters can also be seen as far as Castleton, Morrisons supermarket on Kingsway and Whitworth Road.

We will also have an advert playing regularly on Revolution Radio, as well as appearing on Rochdale Online.

Tickets for the Doncaster Rovers match on Saturday 10th August 2019, 3pm KO, are on sale now. This is a Category A game. Come and join us at the Crown Oil Arena and get Brian Barry-Murphy and the players on the opening day of the season!

To buy in advance, supporters can go online at www.rafctickets.co.uk, visit the Dale Ticket Office in person or give us a call on 01706 644648 (option 8). Fans should note that we do NOT charge a booking fee for matchday ticket orders placed over the phone or online. Online orders can be placed up until midnight the night before the game. 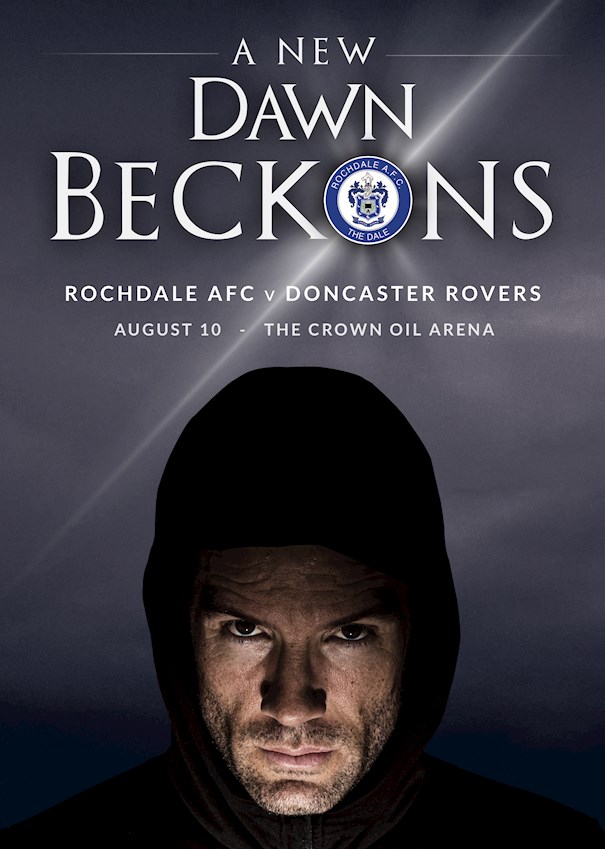