Rochdale AFC’s matchday programme – The Voice of Spotland – is back for the Saturday’s League One fixture against Burton Albion.

We start with a front cover image of right-back Joe Rafferty, who recently passed 250 appearances for the club.

Manager Keith Hill reflects on the New Year’s Day defeat at Doncaster, while Editor Mark Wilbraham tells readers about one of his football-related Christmas presents.

I WISH I’D GONE – an article looking at Dale games the author didn’t attend, but wished he had! This time it’s a game from August 1985.

WHAT DALE WORE IN – we pick a season and look at the different kits Dale sported throughout the campaign. In this issue, we look at the 2014/15 campaign.

ANORAK’S CORNER – Dale recently reached 400 home league goals under Keith Hill, so we take a look at how this milestone was achieved.

Meanwhile our regular historical pages – ‘On This Day’ and ‘Through The Years’ – have had a makeover, but will still help readers to jog their Dale memory banks and we have another of our fantastic cartoons in the centre spread, as drawn by cartoonist David Vandepeer.

Action photos appear from the games against Portsmouth and AFC Wimbledon, while Traveller’s Tales is back with a report on that trip to take on The Dons. 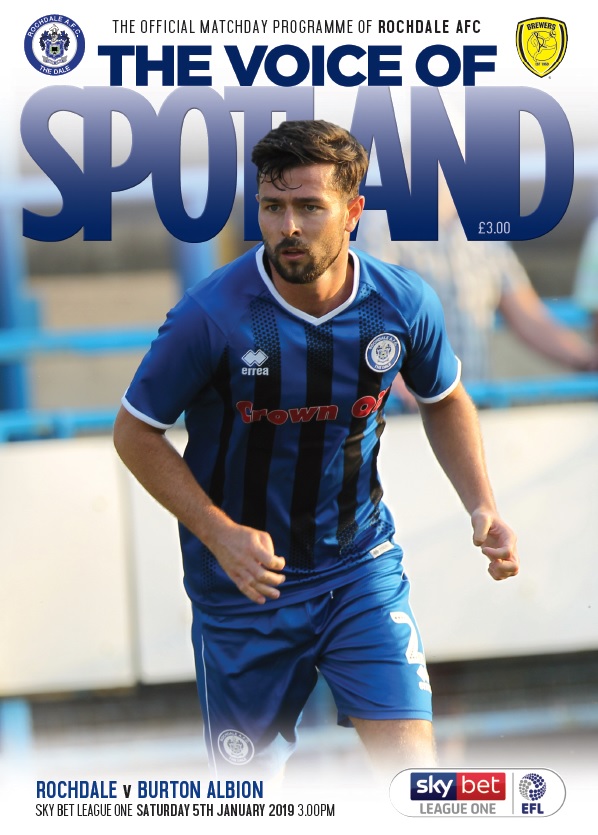