Supporters are reminded that, prior to our home match against Fleetwood Town on Saturday 19th January, the Club are holding a PSA testing day.

Held in conjunction with the Barry Kilby Prostate Cancer Appeal (BKPCA), it tests for prostate cancer – a disease which affects one in eight men in the UK.

All men aged 50 and over, or those aged 45 and over with a family history of cancer, are welcome to attend. Testing will be done between 11am and 2pm in the Study Centre, located on Willbutts Lane.

The test measures the amount of prostate-specific antigen (PSA) in your blood, and around 2,000 men have been tested to date and least 100 lives have been saved by this approach.

Those being tested will be asked for a minimum £5 donation, with the Barry Kilby Prostate Cancer Appeal funding the remainder of the test’s costs, which cost £50.

In 2015, following his own diagnosis, Burnley’s vice-chairman Barry Kilby launched the appeal to provide opportunities for men to be tested for prostate cancer – a disease which affects one in eight men in the UK.

Initially launched at the Premier League club, other clubs from the Premier League and the EFL, including Charlton Athletic and Portsmouth, have arranged a testing day at their club. Keen for Dale fans to benefit from this potentially life-saving initiative, we are the latest to add our support to it.

“One of the problems with prostate cancer, as it was with me, is that it becomes advanced before you see any symptoms.

“This blood test will show if there is something wrong and act as the warning in the early stages. We’ve saved well over 100 lives doing it like this.

“When we first launched this at Burnley, we ran out of needles! We thought we’d get around 200 – we actually got to 400 and odd.

“It’s gaining now and it has been really successful way of getting men tested, using the football link.

“I hope as many people as possible get themselves tested on the day – I can’t stress enough how important it is to do so.”

Dale Manager Keith Hill and the Board of Directors will be amongst those tested on the day.

Click HERE to listen to an interview with Associate Director John Smallwood (pictured above with Barry Kilby), who has personal experience of the test. 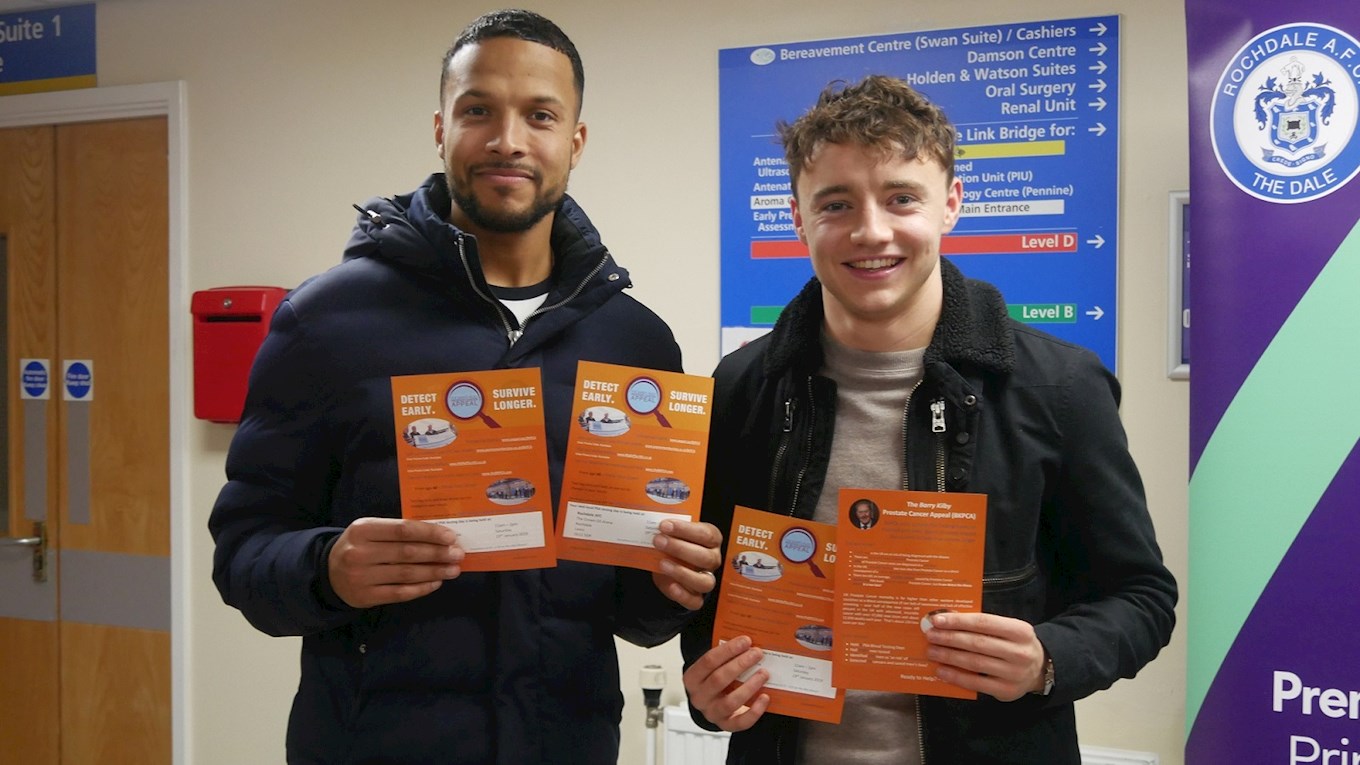