The first event, which was only ever planned as a one off, took place in February 2014, but the sold out event was such a success that since then, because of demand, there have been three held each year in the Ratcliffe Bars.

The nights have become known as the best in the area for playing Motown and 60s music, and as well as bringing in great revenue for Rochdale AFC, they have also provided a fantastic night of entertainment in a safe and friendly environment.

This weekend, Dave Sweetmore will be joined by three other renowned Motown and 60s DJs to celebrate the event's milestone.

The last few tickets (£6 each) are on sale in the Club Shop, from the Ratcliffe Bars (call 01706 646851 for telesales), and online via the Ticketline website until 12pm on Friday, or you can pay on the door.

Doors open at 7pm. The event is for over 21s only. 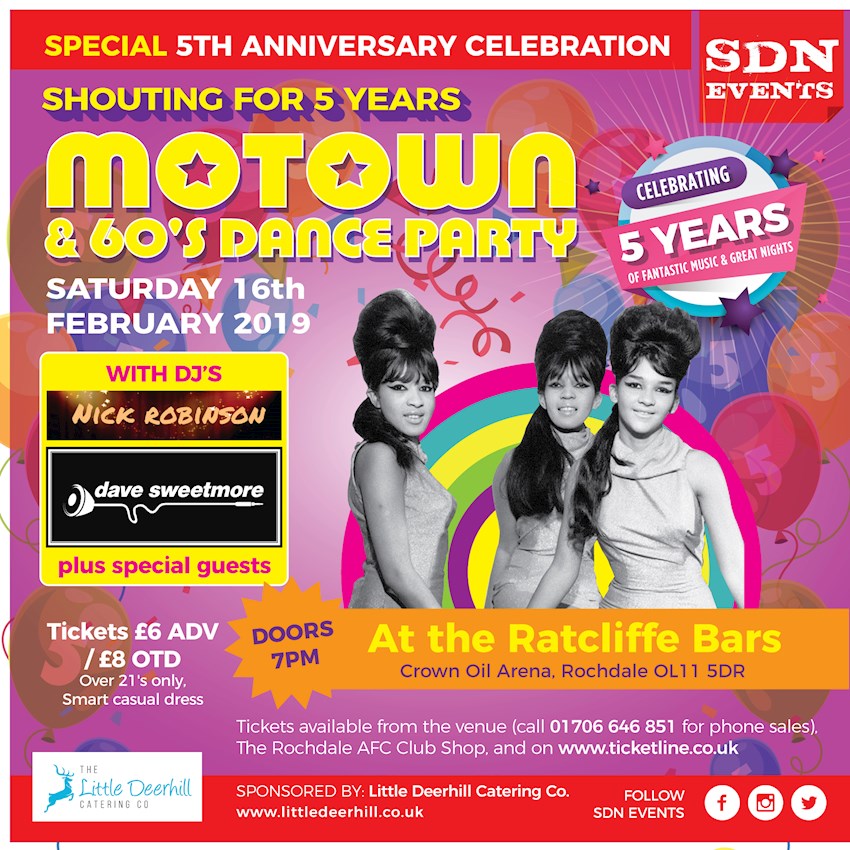