SCHOOL OF THE WEEK

Children from both schools will act as flag bearers when the teams come out for kick-off, before playing against each other in a five-a-side match at half-time.

Have a great day, all! 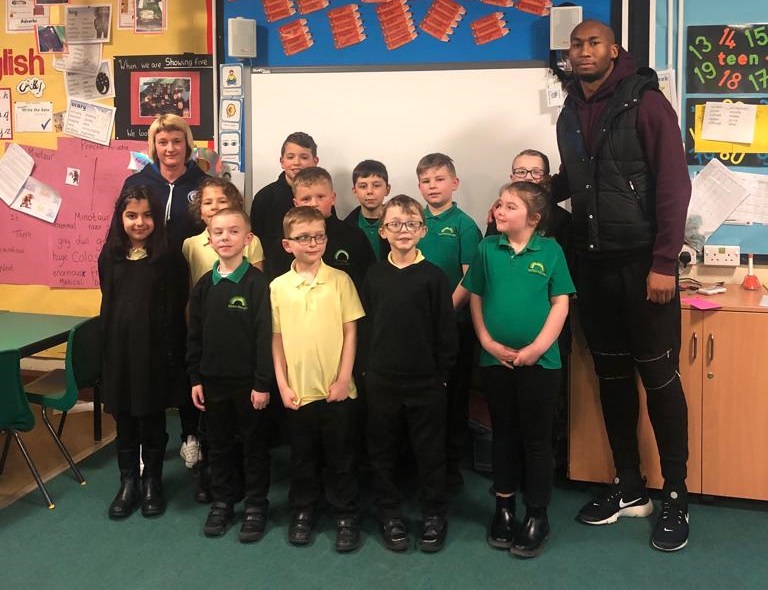 There are two mascots leading the teams out before kick-off on Saturday – Reece Morgan and Taylor Williams.

It’s a special day for Reece, who is also celebrating his eighth birthday prior the match!

He attends Bamford Academy where he plays for the Year 3 football team.

His favourite player is Ian Henderson and he hopes to play for Dale one day.

Taylor is seven-years-old and goes to Norden Community School.

He loves playing football, and attends Rochdale matches with his Uncle Josh where he watches from the Sandy Lane.