Rochdale AFC’s matchday programme – The Voice of Spotland – is back for Saturday’s League One fixture against Doncaster Rovers.

Our new-look programme starts with a front cover image of manager Brian Barry-Murphy, who did so well to steer the team away from relegation at the end of last season.

BBM brings us his thoughts on pre-season and looks ahead to the game against Doncaster and the campaign as a whole.

After that the programme is packed with new features, including:

MY TEAM-MATES – a Dale player spills the beans on the Dale squad;

THINK OF A NUMBER – looking at facts, figures and connections between Dale and Doncaster;

COLOURFUL MEMORIES – three previous games between Dale and Doncaster are reviewed from the perspective of the kits worn;

WHATEVER HAPPENED TO? – a wistful feature looking at things that have disappeared from the game;

BACK OF THE NET – a whole-season article focusing on the exploits of Dale’s top 25 goalscorers of all-time.

We have a completely new-look visitors’ section, as well as the usual League One round-up and opinion columns.

Most contributors have returned for another season, while our regular historical pages – ‘On This Day’ and ‘Through The Years’ – have had a makeover and an extension that will help readers to jog their Dale memory banks.

Action photos appear from the games against Huddersfield and Oldham, while we also have a couple of informative one-off articles to set fans up for the new season. 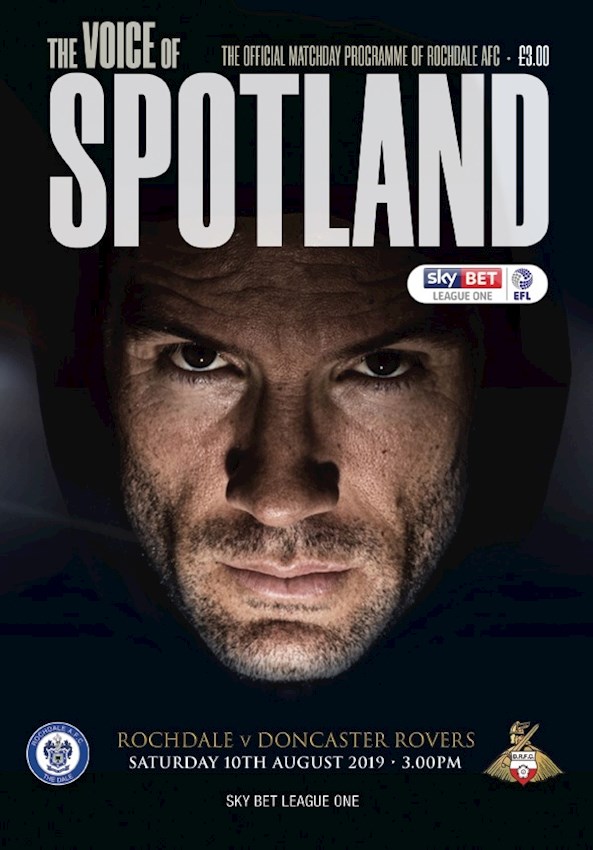